A Conversation with Edith Head

Actress and director Susan Claassen talks about taking on the persona of an outspoken Hollywood icon, the legendary designer Edith Head. by Mark McLemore TWEET SHARE 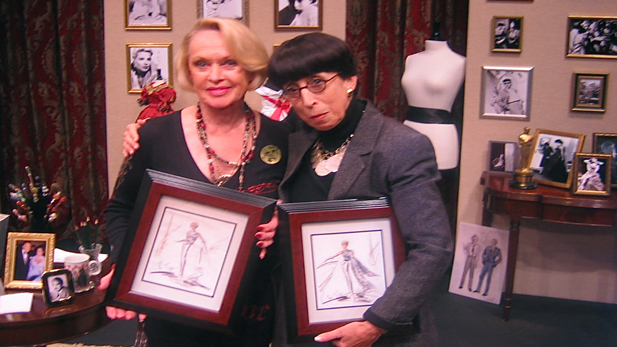 Edith Head (October 28, 1897 – October 24, 1981) was one of the most instantly recognizable celebrities of Hollywood's golden era, but she was never an actress.

Her talent was for making the silver screen's greatest leading men and women look their absolute best. She forged a successful 60-year career out of enhancing the attractiveness of America's most beautiful people -- while deftly camouflaging their shortcomings -- and they adored her for it. As Edith herself once said, "If Cinderella had had Edith Head, she wouldn't have needed a fairy godmother!" 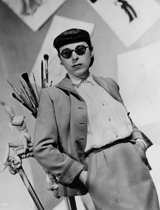 Susan Claassen has spent years researching and exploring the life of Edith Head, and it has become a labor of love that never stops.

Susan's stage production, A Conversation with Edith Head, gives Susan an opportunity to completely plunge into the larger-than-life character that Edith Head created for herself. Using material drawn from an extensive collection of personal letters and memoirs, Susan Claassen uses her own talent for improvisation to become the woman behind the dark glasses, and interact with the audience much as Edith would herself, something proven out by the many friends of Edith Head (like Tippi Hedren, pictured above) who say that Susan's portrayal is the next best thing.

A Conversation with Edith Head will be onstage at The Invisible Theater for four performances, starting Thursday March 3rd and running through Saturday March 5th.

On Arizona Spotlight's next show, March 4th, be sure to tune in or visit us online to hear an exclusive interview with a Hollywood legend who knew Edith Head well, actress Tippi Hedren. She’ll be visiting Tucson to host a special screening of Alfred Hitchcock’s The Birds at The Loft Cinema on Sunday, March 6th.

Part of the proceeds will go to benefit Tippi's most important work, The Roar Foundation and their Shambala Reserve for rescued big cats. Mark McLemore talks with Tippi about her film making memories, and her life after Hollywood. That’s a special conversation with screen legend Tippi Hedren, featured next weekend on Arizona Spotlight!

Spotlight Session: John Coinman "Secondhand: Travels in the New Global Garage Sale" What "The Decameron", a Medieval Italian masterpiece, can tell us about life during a pandemic.
By posting comments, you agree to our
AZPM encourages comments, but comments that contain profanity, unrelated information, threats, libel, defamatory statements, obscenities, pornography or that violate the law are not allowed. Comments that promote commercial products or services are not allowed. Comments in violation of this policy will be removed. Continued posting of comments that violate this policy will result in the commenter being banned from the site.