Gary Pierce and three others dispute the allegations in the influence-peddling case. by Jacques Billeaud, Associated Press TWEET SHARE 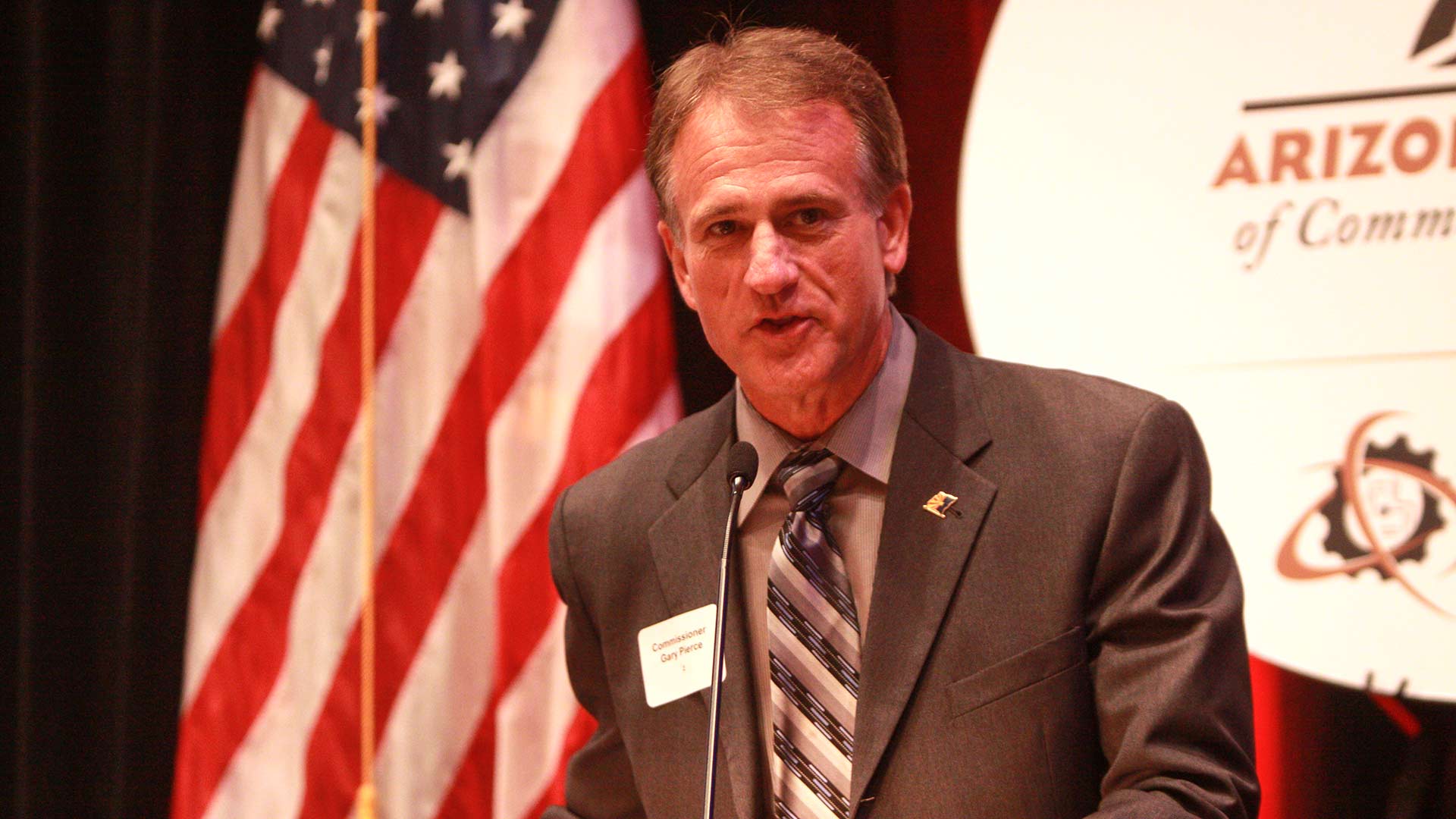 PHOENIX — About six years ago, an elected Arizona utility regulator who is now accused of accepting bribes had $31,000 funneled to him from a water company owner and tried to get the owner to buy him a $350,000 piece of land, authorities said.

In exchange, then-Corporation Commissioner Gary Pierce voted for a rate increase that benefited the water company and approved a measure that lets the firm's owner use ratepayer money to pay his personal income tax bill, prosecutors said.

Pierce and three other people are scheduled to go on trial Wednesday in an influence-peddling case filed more than two years after Pierce left the commission due to term limits.

Pierce, his wife, Sherry, water company owner George Johnson and lobbyist Jim Norton dispute the allegations and have pleaded not guilty to bribery and other charges.

An indictment said Johnson arranged to have $31,000 in payments funneled to Pierce and his wife through a consulting firm. The money was paid to Sherry Pierce, who worked for the consulting firm, and deposited into a bank account held by her and her husband, prosecutors said.

Prosecutors said the firm was run by an "unindicted coconspirator" who will testify at trial on behalf of the government, but they haven't publicly revealed that person's identity.

Norton's attorney has said in court records that Norton's ex-wife, Kelly Norton, is the unindicted coconspirator.

Jim Norton, who lobbied on Johnson's behalf, is accused of acting as a go-between for Gary Pierce and Johnson and aiding in the real estate transaction. Authorities say money for the purchase of property in Mesa was to be provided by Johnson.

The indictment doesn't make clear what became of the property purchase, but Norton's lawyer has said the transaction never occurred.

Prosecutors said in court papers that in an aboveboard business relationship, Jim Norton would have hired Sherry Pierce directly and Gary Pierce would have disclosed his wife's employment.

"Mr. Norton looks forward to going to trial next week and having the government prove the allegations against him," said Ivan Mathew, an attorney representing Jim Norton.

Mathew said in court records that Kelly Norton told FBI agents she didn't want to hire Sherry Pierce at her consulting firm and got upset when she learned Johnson was going to provide money for the real estate deal.

"I threw a fit when I saw that, that Jim was gonna buy this land for Gary, and Jim said, 'Don't worry. George is putting up the money,'" Mathew quoted Kelly Norton as telling FBI agents.

Johnson tried unsuccessfully to prohibit prosecutors from presenting evidence and testimony of his wealth, arguing doing so would encourage jurors to find against Johnson based on how much money he has.

In court records, prosecutors included excerpts from two 2011 emails in which they say Gary Pierce discussed how the real estate deal should be carried out.

In one email to the unindicted coconspirator, Pierce suggested a starting price to be used in the negotiations and said the deal needed to happen fast, prosecutors say. Two days later, Pierce said in another email that he wanted his name taken off the letter of intent for the property, according to a filing by prosecutors.

Authorities say the bribery allegations were discovered during a larger, unrelated federal investigation, though prosecutors have declined to reveal its focus.

Pierce, who left the commission in early 2015, has acknowledged he was questioned by FBI agents investigating the 2014 commission election.

The FBI said it was conducting a long-term investigation related to the financing of certain statewide elections in 2014, but it has not named APS.

Republicans Secure Three Seats on Arizona Corporation Commission Four candidates for two ACC seats Ducey says the state's not responsible for covering loss of federal unemployment help
By posting comments, you agree to our
AZPM encourages comments, but comments that contain profanity, unrelated information, threats, libel, defamatory statements, obscenities, pornography or that violate the law are not allowed. Comments that promote commercial products or services are not allowed. Comments in violation of this policy will be removed. Continued posting of comments that violate this policy will result in the commenter being banned from the site.