Project began in 2017 and was scheduled for completion July 23. by Zachary Ziegler Tweet 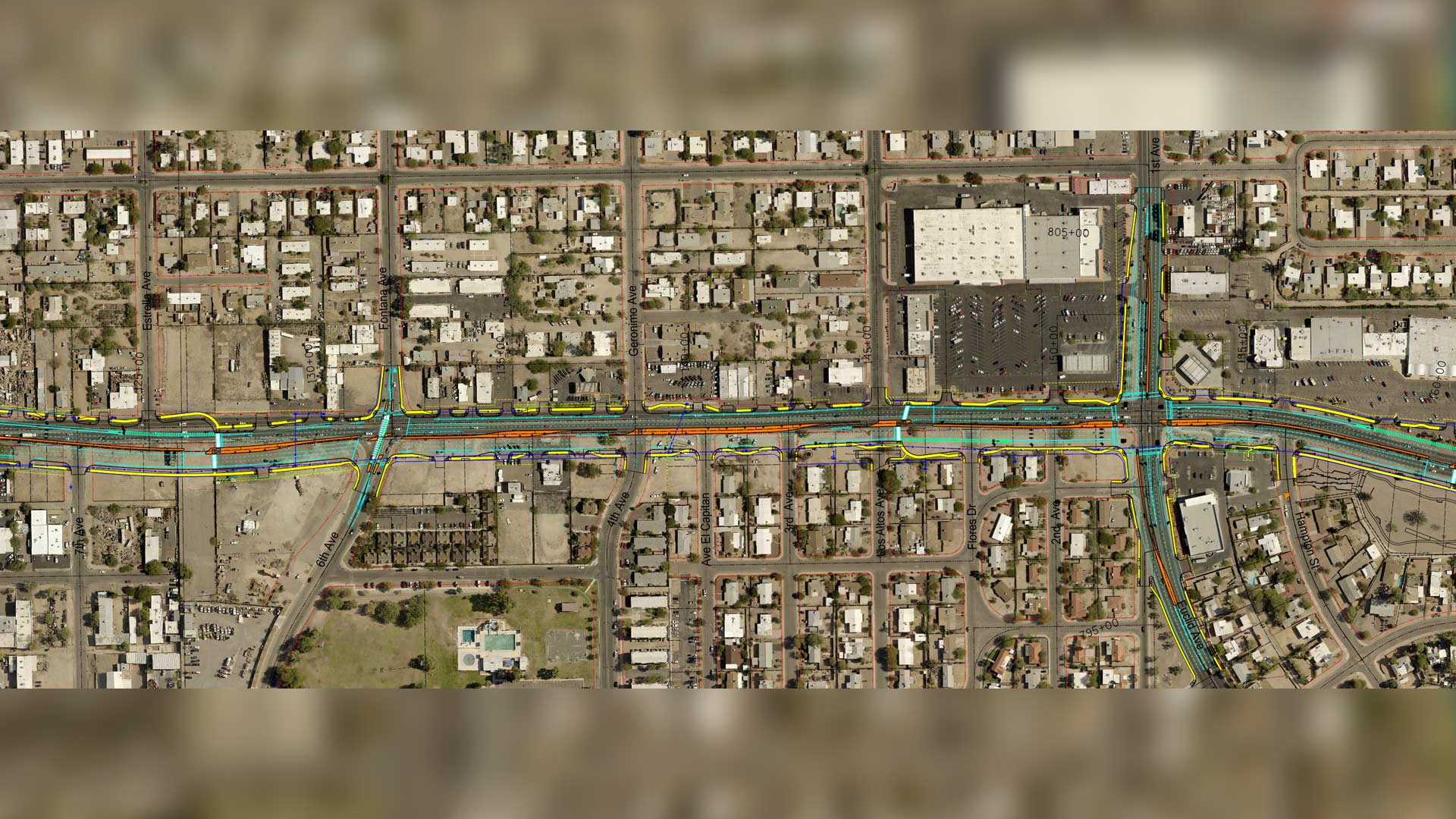 A section of improvements as part of Phase II in a construction project for Grant Road.
Grant Road Info via city of Tucson

An end appears to be in sight for construction work along Grant Road between Stone and Park avenues.

Crews spent the weekend finishing paving operations, and work on manhole and water valve covers is happening this week.

"The week of September 17th we will be placing the permanent striping, which will be just paint, and 30 days thereafter we will be putting down the thermoplastic striping," said Tucson Department of Transportation Engineering Project Manager David Burbank.

Burbank referred to permanent striping as one of the final steps finishing the project.

"That is pretty much going to be substantial completion, and then we may have a two-week window beyond that to do final repairs," he said.

The project is phase II of improvements to Grant Road. Construction began in March 2017.

Phases III and IV of Grant road improvement will run from Campbell Avenue to Country Club Road and Alvernon Road to Swan Road. Those projects will be done concurrently, with work expected to start in 2022.

Supes Sending Road Repairs Bond to November Ballot Traffic Flowing Despite Work on Grant Road, Official Says State Steps Up Safety Campaign for Road Workers
By posting comments, you agree to our
AZPM encourages comments, but comments that contain profanity, unrelated information, threats, libel, defamatory statements, obscenities, pornography or that violate the law are not allowed. Comments that promote commercial products or services are not allowed. Comments in violation of this policy will be removed. Continued posting of comments that violate this policy will result in the commenter being banned from the site.