US Slashes Number of Refugees to 30,000 for Next Year

It makes two straight years of cutting the number of refugees the U.S. will accept, with last year's cap at 45,000. by Susannah George, Associated Press Tweet 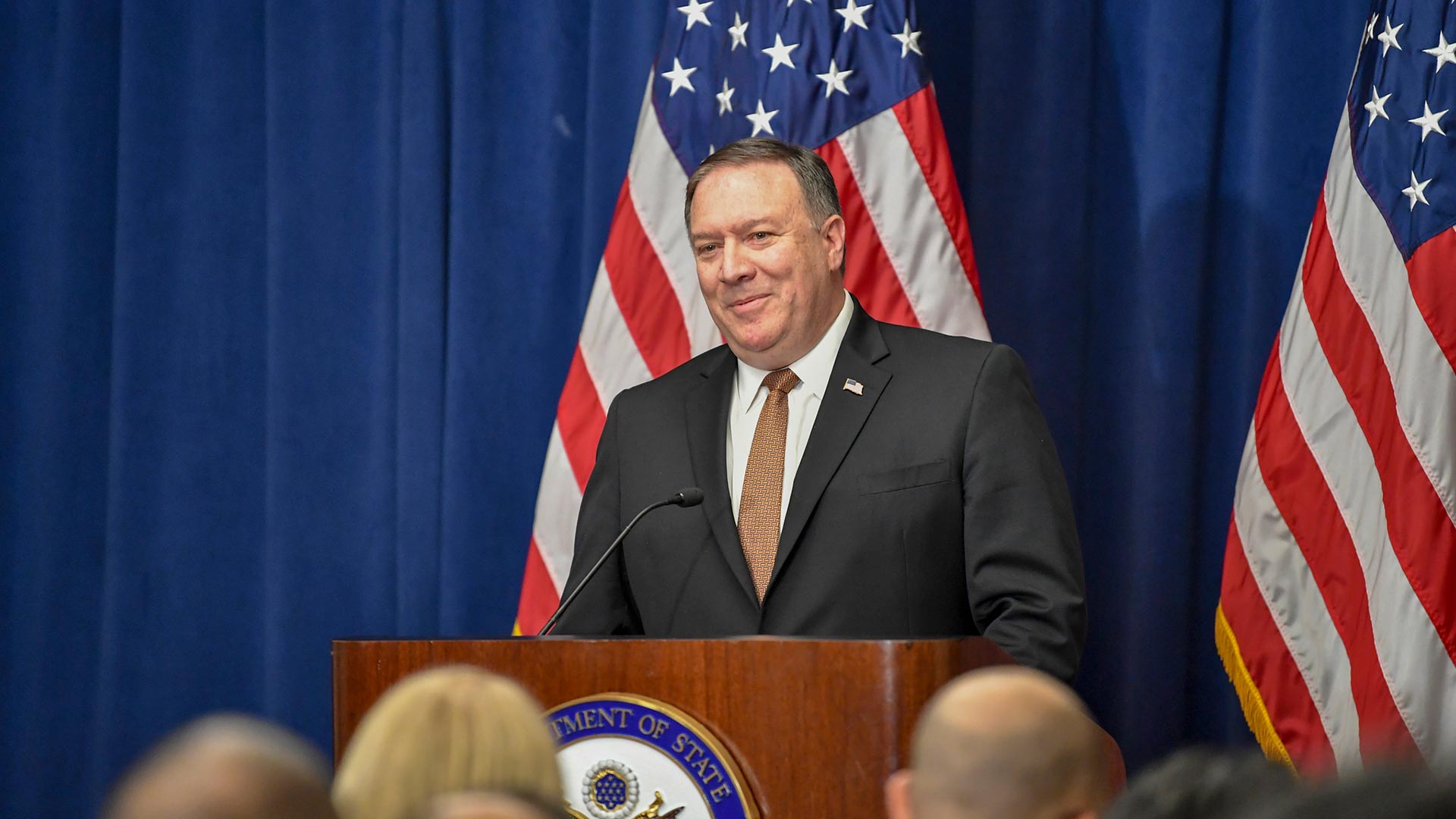 WASHINGTON — The U.S. will slash the number of refugees it will accept for a second straight year, Secretary of State Mike Pompeo said Monday, insisting amid criticism from human rights groups that the country is still committed to providing sanctuary to people fleeing the world's danger zones.

Up to 30,000 refugees will be allowed into the country next year, down from a cap of 45,000 this year. It will be the lowest ceiling on admissions since the program began in 1980. The announcement comes despite calls from global humanitarian groups that this year's cap of 45,000 was too low.

Pompeo sought to head off potential criticism of the reduction by noting that the U.S. would process more than 280,000 asylum claims in addition to more than 800,000 already inside the country who are awaiting a resolution of their claims.

"These expansive figures continue the United States' longstanding record as the most generous nation in the world when it comes to protection-based immigration and assistance," he said.

The 30,000 cap is the maximum number of refugees the U.S. will admit during the fiscal year that starts Oct. 1. The actual number allowed in could be lower. So far this year, the U.S. has only admitted 20,918 refugees for the fiscal year set to end in two weeks, according to State Department records.

President Barack Obama raised the ceiling to 110,000 in 2017, but the pace slowed dramatically after President Donald Trump took office and issued an executive order addressing refugees. In 2016, the last full year of the Obama administration, the U.S. welcomed nearly 85,000 refugees.

Pompeo said the lower ceiling reflected commitment to aiding families forced to flee their homes by war, persecution or natural disasters while "prioritizing the safety and well-being of the American people." He cited the case of an Iraqi refugee who was arrested in California for killing a policeman in his homeland while fighting for the Islamic State organization.

"This year's proposed refugee ceiling must be considered in the context of the many other forms of protection and assistance offered by the United States," he said, citing U.S. contributions to foreign aid and other forms of humanitarian assistance.

Amnesty International accused the Trump administration of "abandoning" refugees with the lower cap.

"This is the lowest goal in the history of the program, and compounded by this administration's history of creating road block after road block for refugees to arrive, this must be perceived as an all-out attack against our country's ability to resettle refugees both now and in the future," said Ryan Mace of Amnesty International.

Worldwide, there were some 25.4 million refugees last year, according to the U.N. High Commissioner for Refugees, with many more people internally displaced within their home countries. Most aid groups and governments advocate resettlement as a last resort, preferring to allow refugees to return to their homes if conditions improve, rather than permanently moving to another country.

During the ceiling announcement Monday Pompeo advocated U.S. efforts "to end conflicts that drive displacement in the first place and to target the application of foreign aid in a smarter way."

Trump has made limiting immigration a centerpiece of his policy agenda. The Trump administration's "zero-tolerance" policy that forcibly separated families at the U.S. southern border sparked outrage among Republicans and Democrats alike. Last year Trump temporarily banned visitors from a handful of Muslim-majority nations, and insists he'll build a wall along the U.S.-Mexico border.

Trump has linked increased immigration to increased crime in the United States. Yet, according to resettlement agencies in the United States, the U.S. vetting process is one of the world's toughest. Of the 3 million refugees admitted to the U.S. since 1975, not one has been arrested for carrying out a lethal terror attack on U.S. soil, according to resettlement agencies.

Most applicants to the U.S. refugee program spend at least three years being interviewed, undergoing biometric checks and medical exams, and filling out paperwork. Cases are screened by the Defense Department, FBI, the Department of Homeland Security and other agencies.

After they are resettled, refugees continue to undergo security checks in the United States for five years or more.

The Trump administration added requirements, including longer background checks and more screenings for females and males between 14 and 50 from certain countries, including Iraq.

As Resettlements of Refugees Drop, Infrastructure to Help Them Crumples Refugee Resettlement Number Plunging in Arizona Homeless Take Refuge from Heat, Monsoon in Cooling Centers
By posting comments, you agree to our
AZPM encourages comments, but comments that contain profanity, unrelated information, threats, libel, defamatory statements, obscenities, pornography or that violate the law are not allowed. Comments that promote commercial products or services are not allowed. Comments in violation of this policy will be removed. Continued posting of comments that violate this policy will result in the commenter being banned from the site.