Butterfly Preserve On The Border Threatened By Trump's Wall 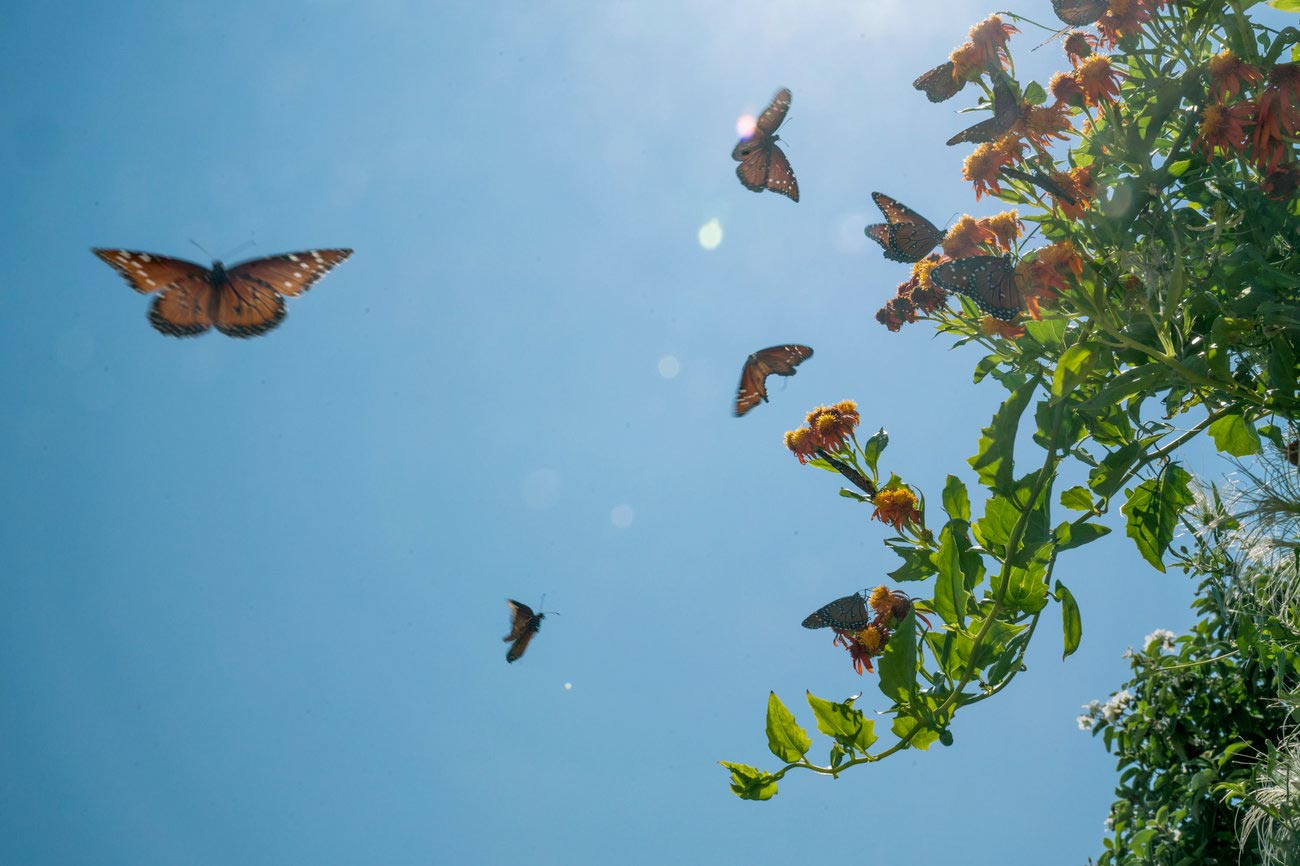 On an average day at the National Butterfly Center, a 100-acre wildlife center and botanical garden in South Texas, visitors can see 100 different species and as many as 200,000 individual butterflies.

The center also sits directly in the path of the Trump administration's proposed border wall.

The federal spending bill approved in September includes $1.6 billion in 2019 for construction of the wall. In October, the Department of Homeland Security issued a waiver to 28 laws protecting public lands, wildlife and the environment to clear the way for construction to proceed. 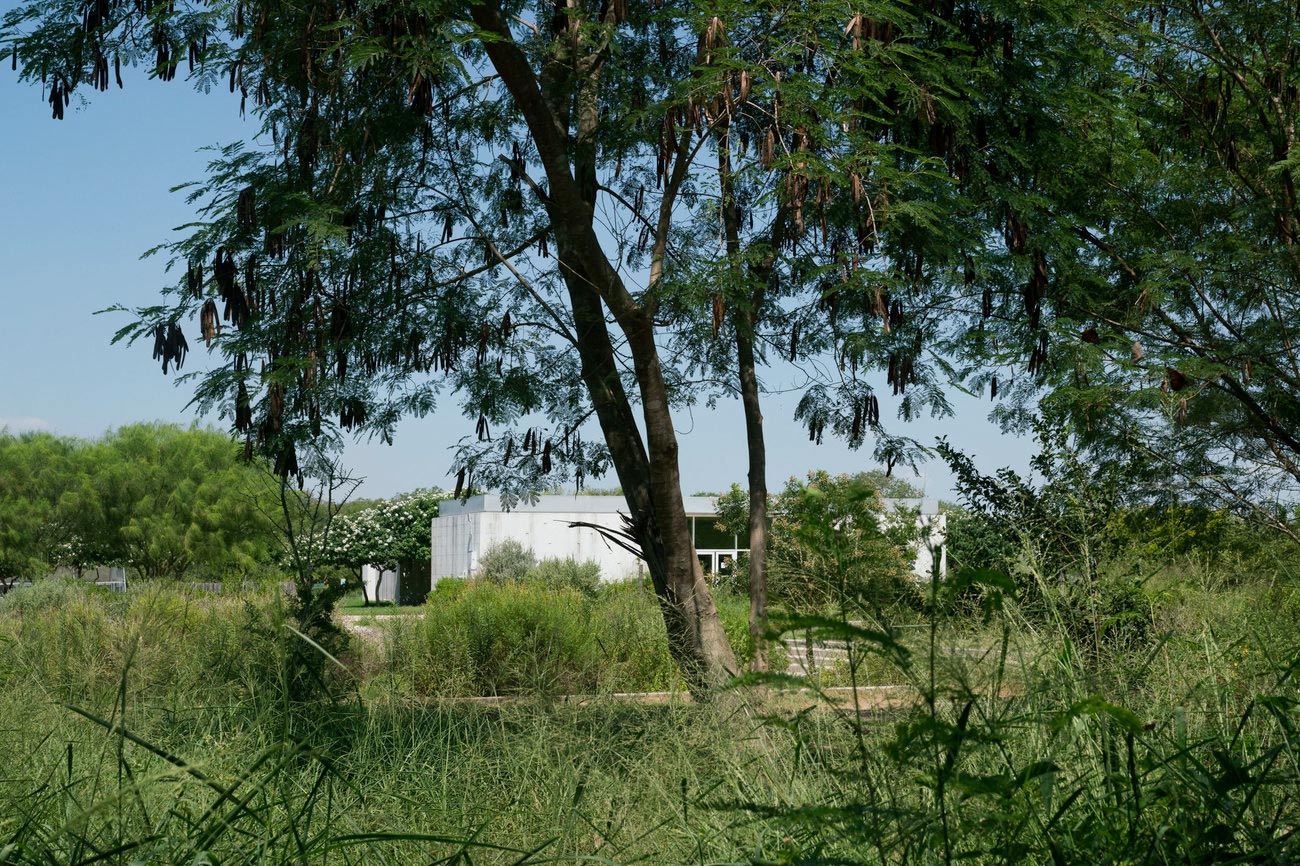 The planned wall would cut the privately owned National Butterfly Center in two, with as much as 70 percent of its land sandwiched between the wall and the Rio Grande.

"It's going to be a no man's land, Border Patrol's enforcement zone," says Marianna Trevino Wright, the National Butterfly Center's executive director. "They will clear everything. So it's not like all of this habitat is going to become Garden of Eden, undisturbed. It is going to be eliminated."

A soldier butterfly (left) and a large orange sulphur are some of the 100 species of butterflies that can be found at the National Butterfly Center.
Claire Harbage/NPR

The lower Rio Grande Valley, where the center is located, is home to 300 species of butterflies; this year, 237 species have been documented at the center, says Trevino Wright. Opened in 2004, the center is also home to several endangered plants and threatened animals, such as the Texas tortoise and Texas horned lizard.

In July, a group of scientists published a paper outlining the proposed wall's significant negative impacts on "some of the continent's most biologically diverse regions." The border wall would eliminate, degrade and fragment wildlife habitats — for instance, by clearing land, blocking access to water and food, and inhibiting seasonal migrations. More than 2,700 scientists signed on to the paper and called for the administration to rethink its border tactics. They've called for DHS to abide by the environmental laws that are already in place and forgo physical barriers when possible.

More than 2,700 scientists signed on to the paper and called for the administration to rethink its border tactics. They've called for DHS to abide by the environmental laws that are already in place and forgo physical barriers when possible.

The Endangered Species Act, the Migratory Bird Conservation Act, the Clean Air Act and the Safe Drinking Water Act are among the environmental and public health laws that are being waived to speed up the wall-building process. 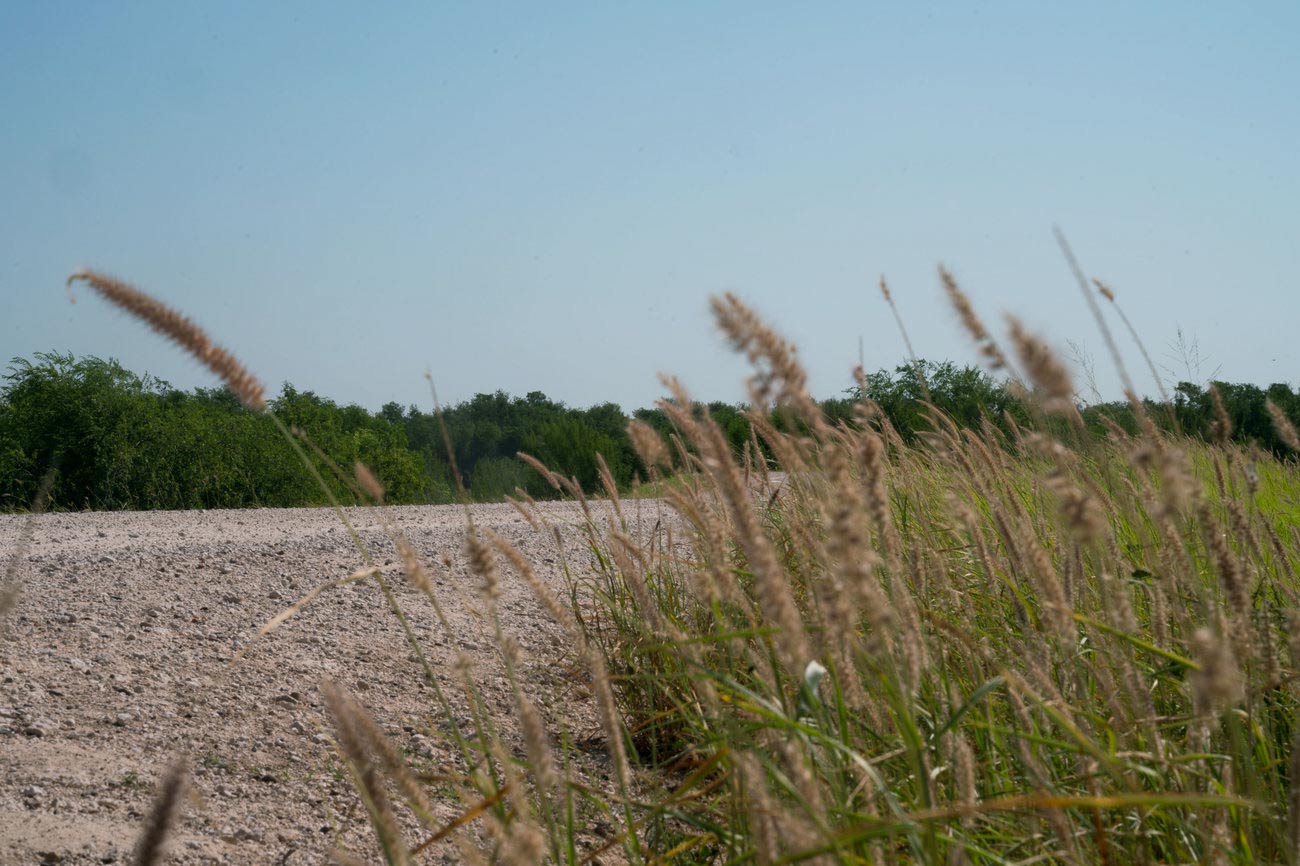 The Department of Homeland Security argues in its recent waiver that the Rio Grande Valley section of the border, where the butterfly center is located, is an area of "high illegal entry."
Claire Harbage/NPR

For its part, the DHS argues in its recent waiver that the Rio Grande Valley section of the border, where the butterfly center is located, is an area of "high illegal entry."

Since 2013, this sector has seen the highest number of U.S. Border Patrol apprehensions of people crossing illegally or who are inadmissible. In fiscal 2018, which ended in August, 23,757 unaccompanied minors and 63,278 family units were apprehended in the Rio Grande Valley sector. 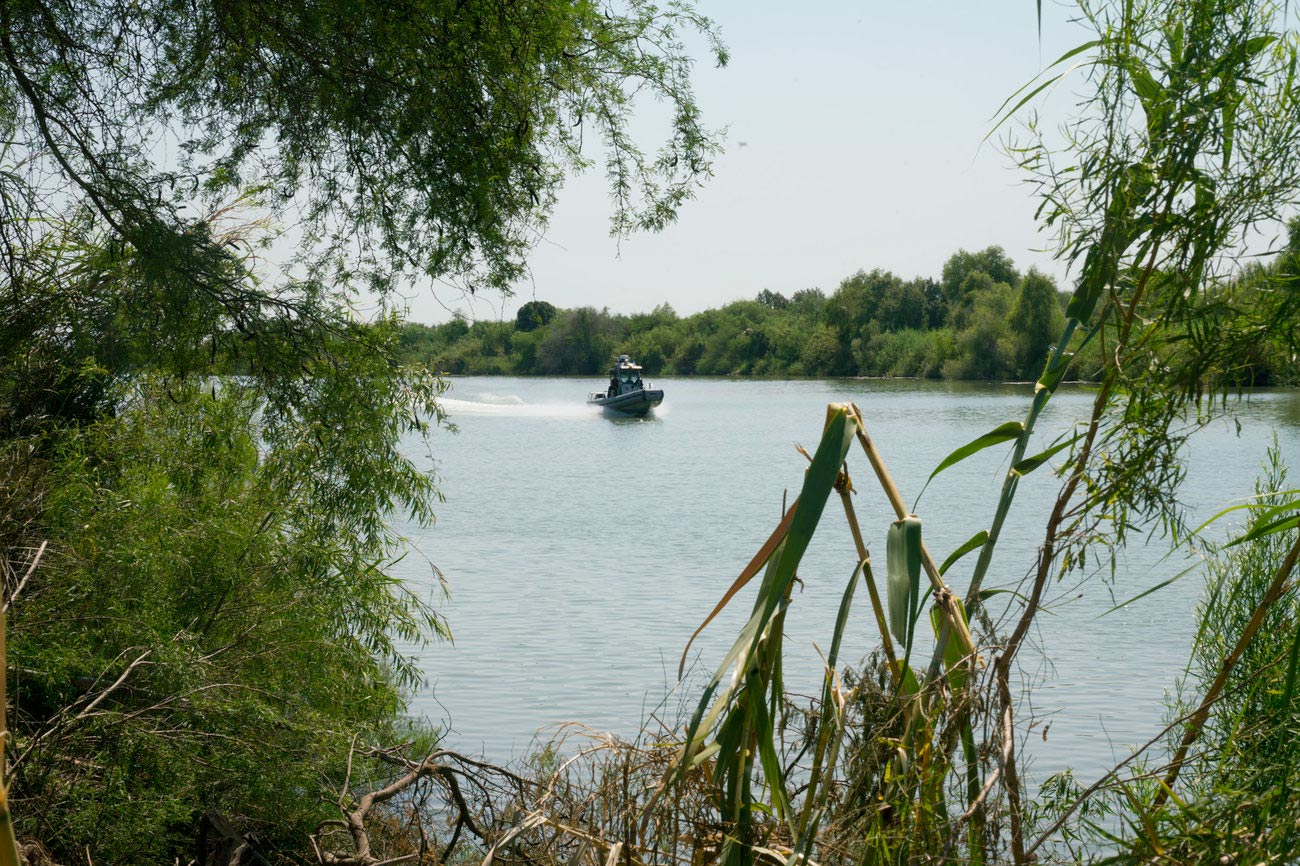 A U.S. Customs and Border Protection boat plies the waters of the Rio Grande near the edge of the National Butterfly Center.
Claire Harbage/NPR

The Center for Biological Diversity, Defenders of Wildlife and the Animal Legal Defense Fund are suing the Trump administration, arguing that DHS doesn't have the authority to waive these laws.

Similar lawsuits have been unsuccessful, and the department has already waived environmental laws in New Mexico and California to facilitate border wall construction. 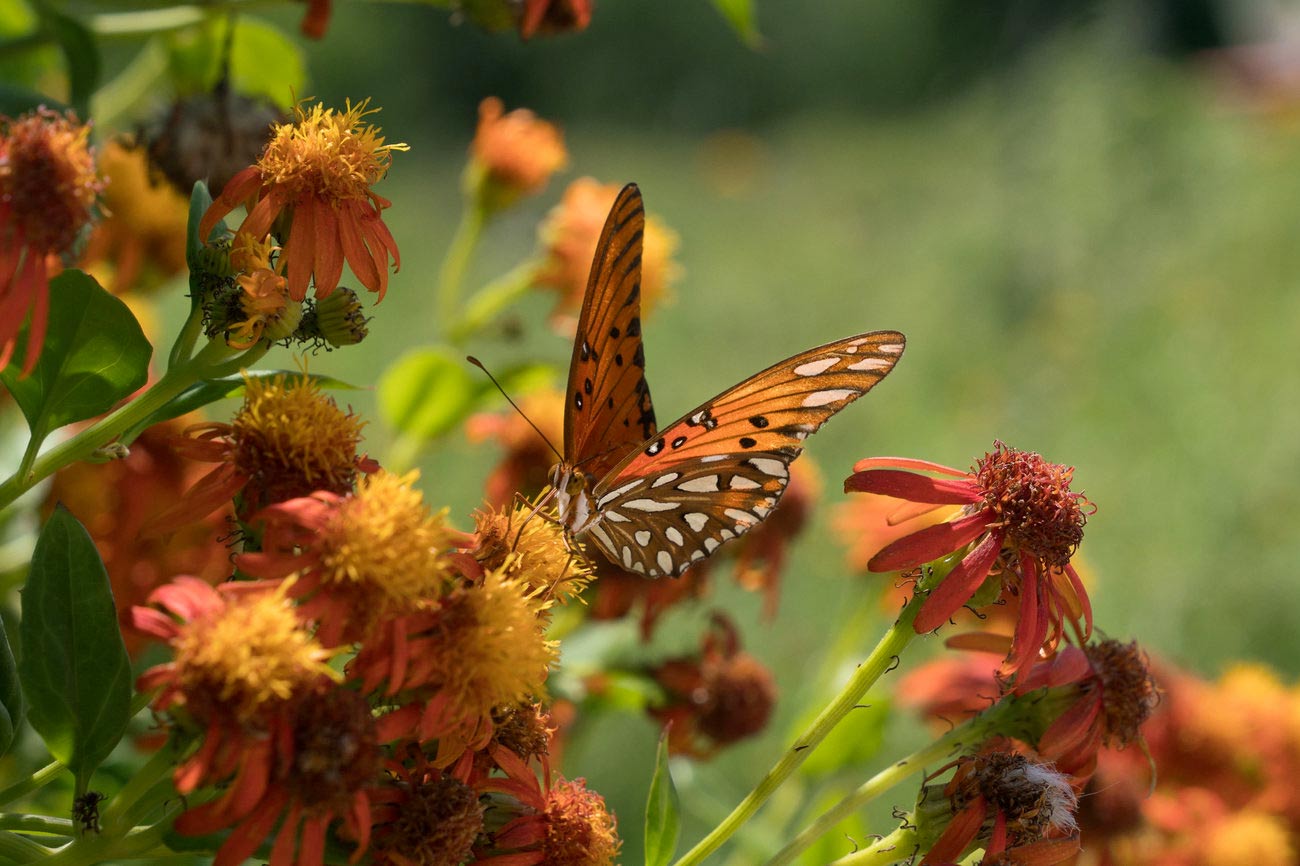 A Gulf fritillary butterfly perches on a flower at the National Butterfly Center, which is home to several endangered plants and threatened animals.
Claire Harbage/NPR

The National Butterfly Center also filed a lawsuit against the Trump administration in 2017, after Trevino Wright found U.S. Customs and Border Protection contractors beginning to clear brush with chainsaws on the private land.

"Imagine coming home one day and finding people cutting down your trees, ripping up your fence and destroying your yard," says Trevino Wright.

CBP did not respond to NPR's request for comment, citing the open litigation. 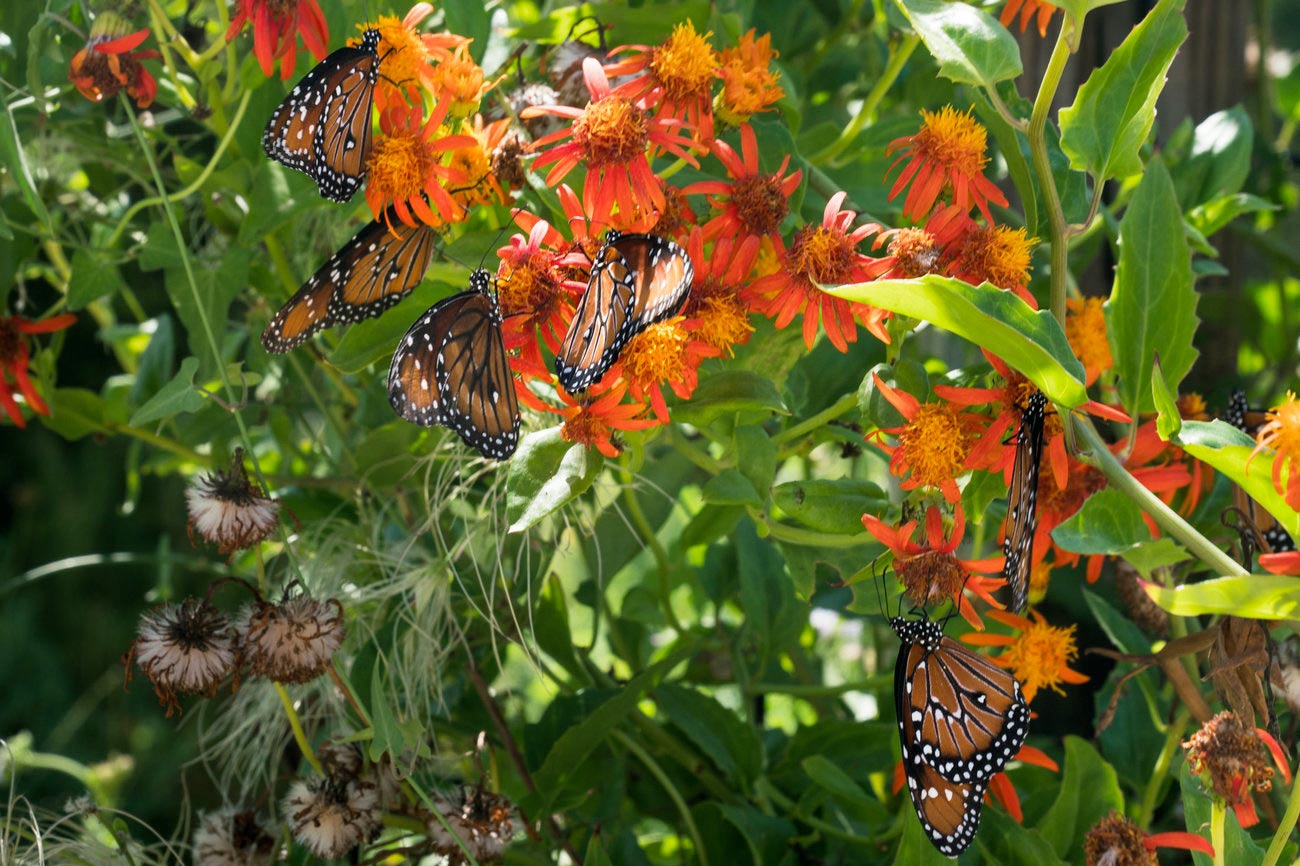 Queen butterflies flock to flowers on a flame vine at the National Butterfly Center in Hidalgo County, Texas.
Claire Harbage/NPR

Construction along the border could begin as soon as February 2019. Until then, the butterfly center continues to use its property as though the barrier won't be built.

That includes developing the land adjacent to the Rio Grande, which would be well on the other side of the planned wall, for recreational activities.

"We have long-term plans for this place," says Trevino Wright. "We're not going to just pack up and abandon that." 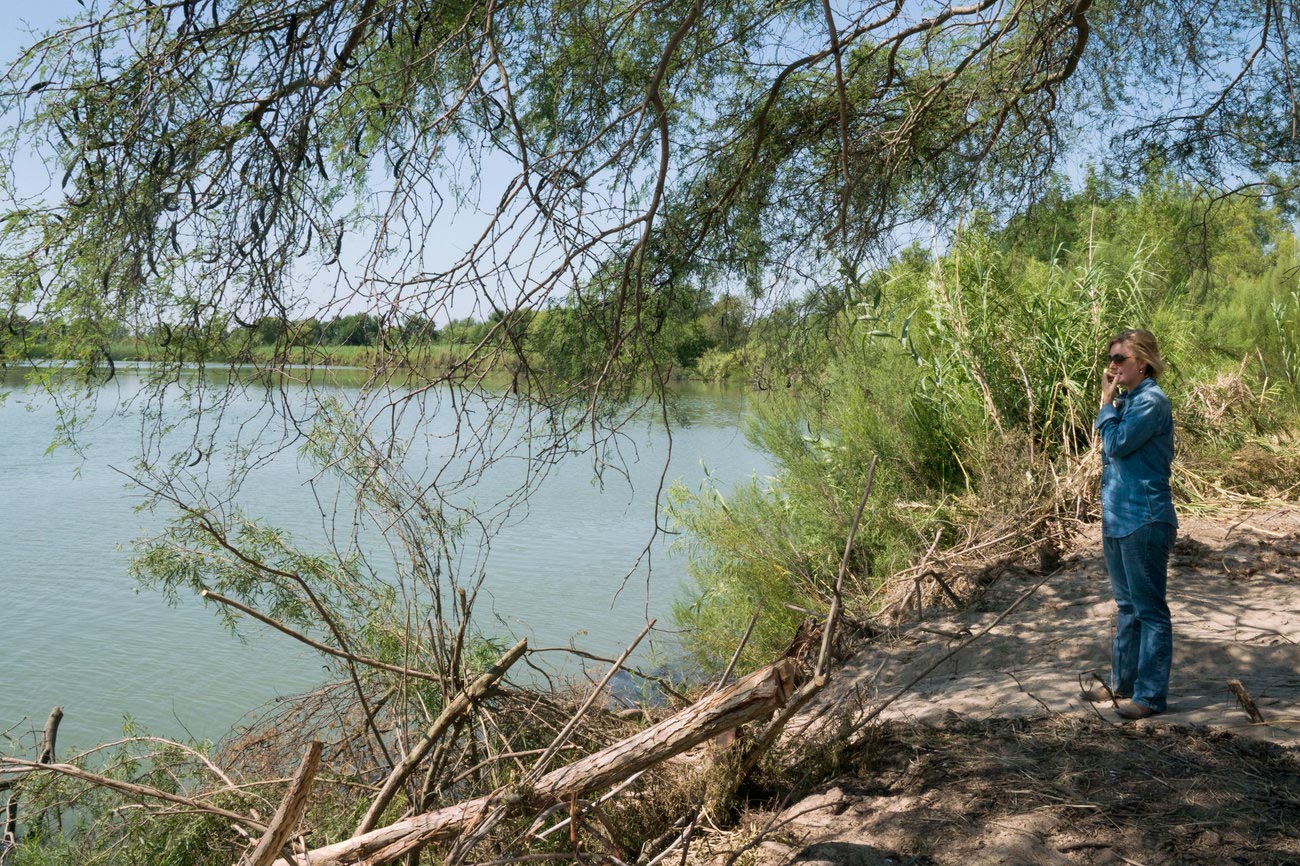 anna Trevino Wright, executive director of the National Butterfly Center, stands at the edge of the center's property where it meets the Rio Grande.
Claire Harbage/NPR
MORE: NPR News