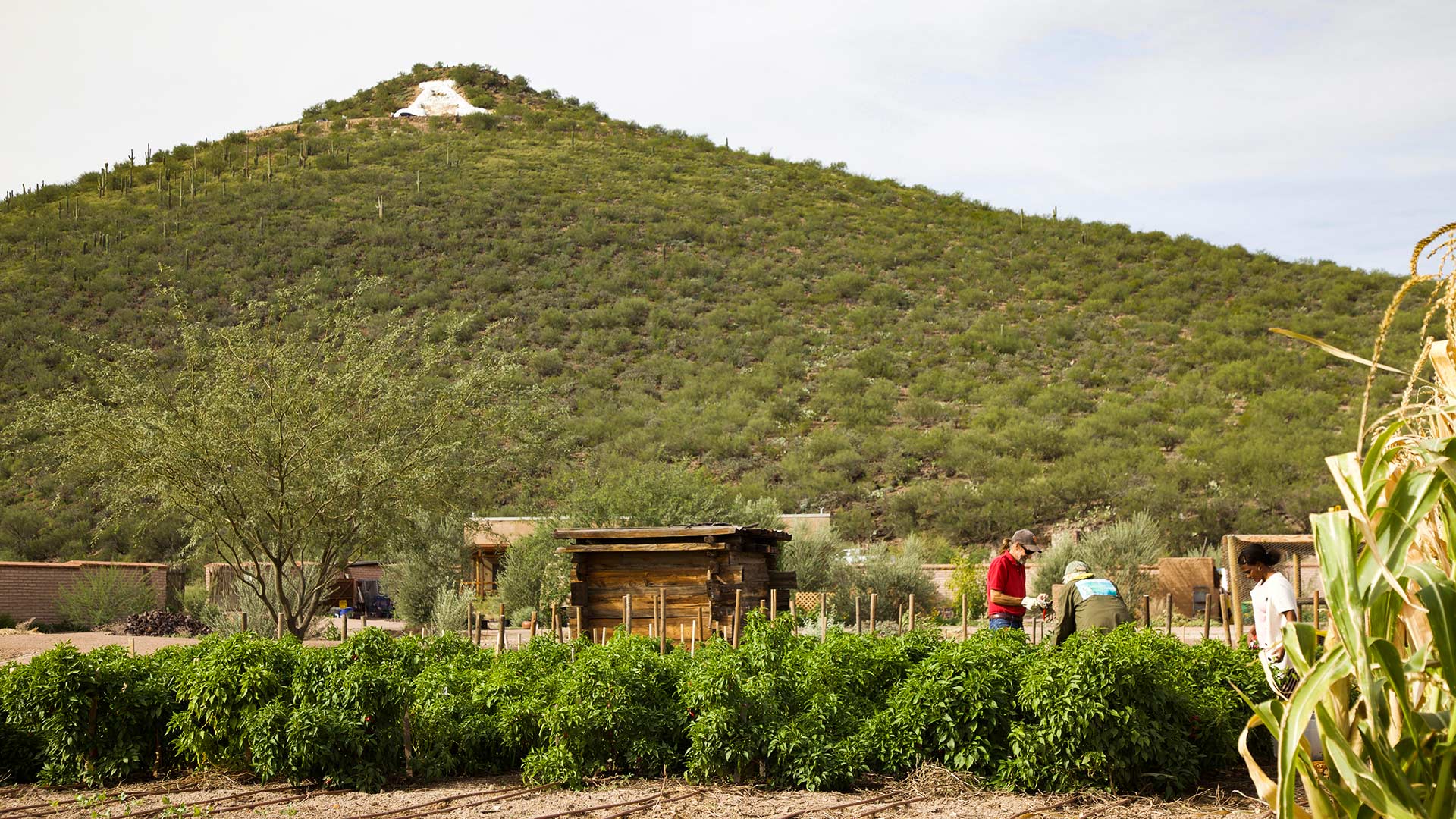 Volunteers at work in the Mission Garden, at the base of Sentinel Peak, November 2018.
Nick O'Gara/AZPM

The food produced at Mission Garden, a heritage museum at the base of Sentinel Peak, is meant to tell that history, said Dena Cowan, the garden's supervisor. A new kitchen will expand upon those efforts, said Cowan. 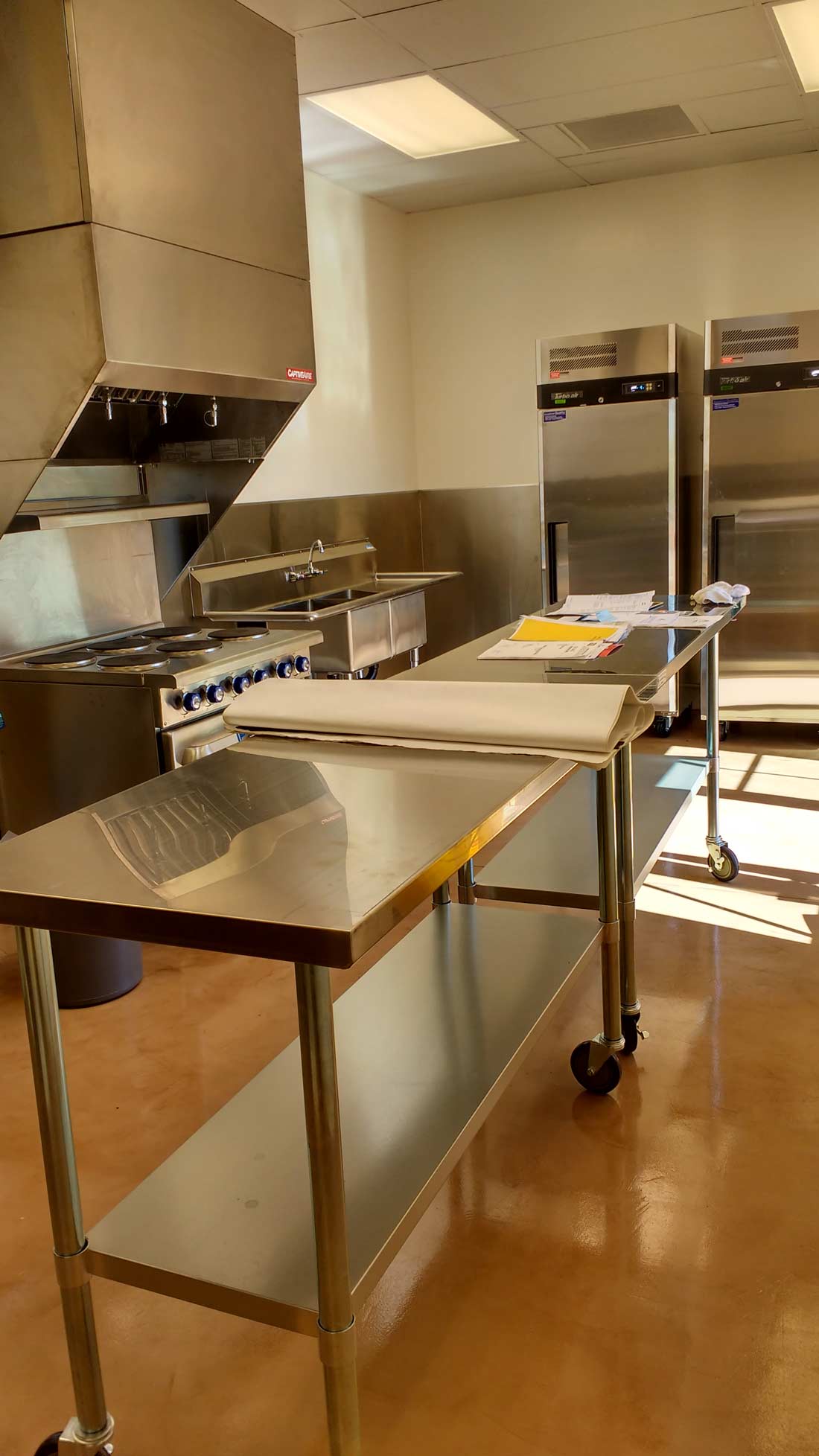 "First thing we're gonna do is make some quince jam and pomegranate jelly because we have lots of quince and lots of pomegranates," Cowan said on a sunny day in early November.

Processing the food grown at the garden will be a way to feed volunteers, who Cowan says are crucial to the day-to-day operation of the site. It will also be used to show the public, through demonstrations, how to cook some of the things grown there.

"What's a winter melon, a Chinese winter melon? What do you do with that? Well, let's make a soup and show everybody what that's all about."

The garden, run by the nonprofit Friends of Tucson's Birthplace, holds events throughout the year to mark the cultural heritage of the region.

"We have the San Ysidro festival, and we make a pozole de trigo. So, put the wheat in the stew, and show everybody what the traditional stew is," Cowan said.

In tandem with demonstrations, workshops and volunteer and community meals, Cowan says the garden also hopes to invite local chefs to the kitchen to show people the potential of traditional foods.

Cowan says the kitchen passed its initial health inspection and is now permitted for all uses. She says the garden will plan a more formal opening event in spring 2019 pending the completion of another project at the site.

Author Sees Food Systems as a Way to Unite People A grassroots Tucson baker wins a national award for excellence. Has "Star Trek" changed the world? Author Ryan Britt examines a legacy lasting 50 years... and beyond.
By posting comments, you agree to our
AZPM encourages comments, but comments that contain profanity, unrelated information, threats, libel, defamatory statements, obscenities, pornography or that violate the law are not allowed. Comments that promote commercial products or services are not allowed. Comments in violation of this policy will be removed. Continued posting of comments that violate this policy will result in the commenter being banned from the site.