The paths of Jupiter-family comets are twisted into tighter orbits around the sun by the gravity of that planet. by Tony Perkins TWEET SHARE 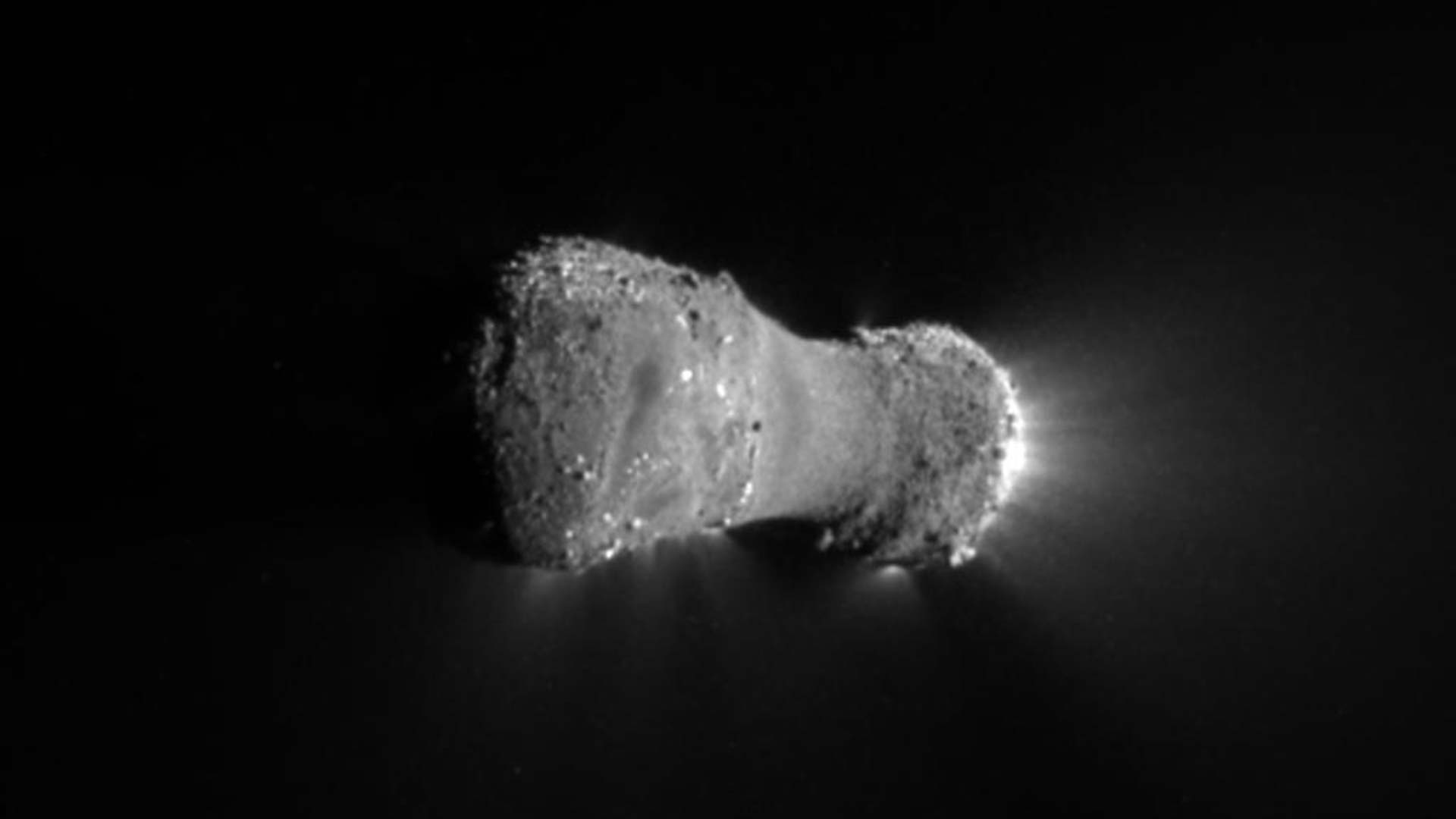 Hartley 2, a Jupiter-family comet, was captured up close in this 2010 image.
NASA/JPL-Caltech/UMD

Earthbound astronomers are watching a group of unusual comets traveling through the solar system.

University of Arizona Lunar and Planetary Lab professor Walt Harris is tracking the objects as they pass by Earth. Harris notes "passing by" is a relative term, since they'll only come within 10-15 million kilometers of our planet.

"'Jupiter-family' comets, which are the ones we can predict, they have phasing in their orbits that mean there are periods of time that they are not coming close to Earth," he said.

They are called Jupiter-family comets because Jupiter's gravity twists their path into tighter orbits around the sun.

Comets are partially composed of ice. Harris and other observers will look at what happens to the comets as they approach the sun and melt, giving off gases that produce a thin atmosphere around them.

Asteroid Receives Holiday Visitor: OSIRIS-REx Arrives at Bennu Rare Comet Trio Has Astronomers Crowdsourcing Observers Comet Catalina Makes Brief Appearance
By posting comments, you agree to our
AZPM encourages comments, but comments that contain profanity, unrelated information, threats, libel, defamatory statements, obscenities, pornography or that violate the law are not allowed. Comments that promote commercial products or services are not allowed. Comments in violation of this policy will be removed. Continued posting of comments that violate this policy will result in the commenter being banned from the site.