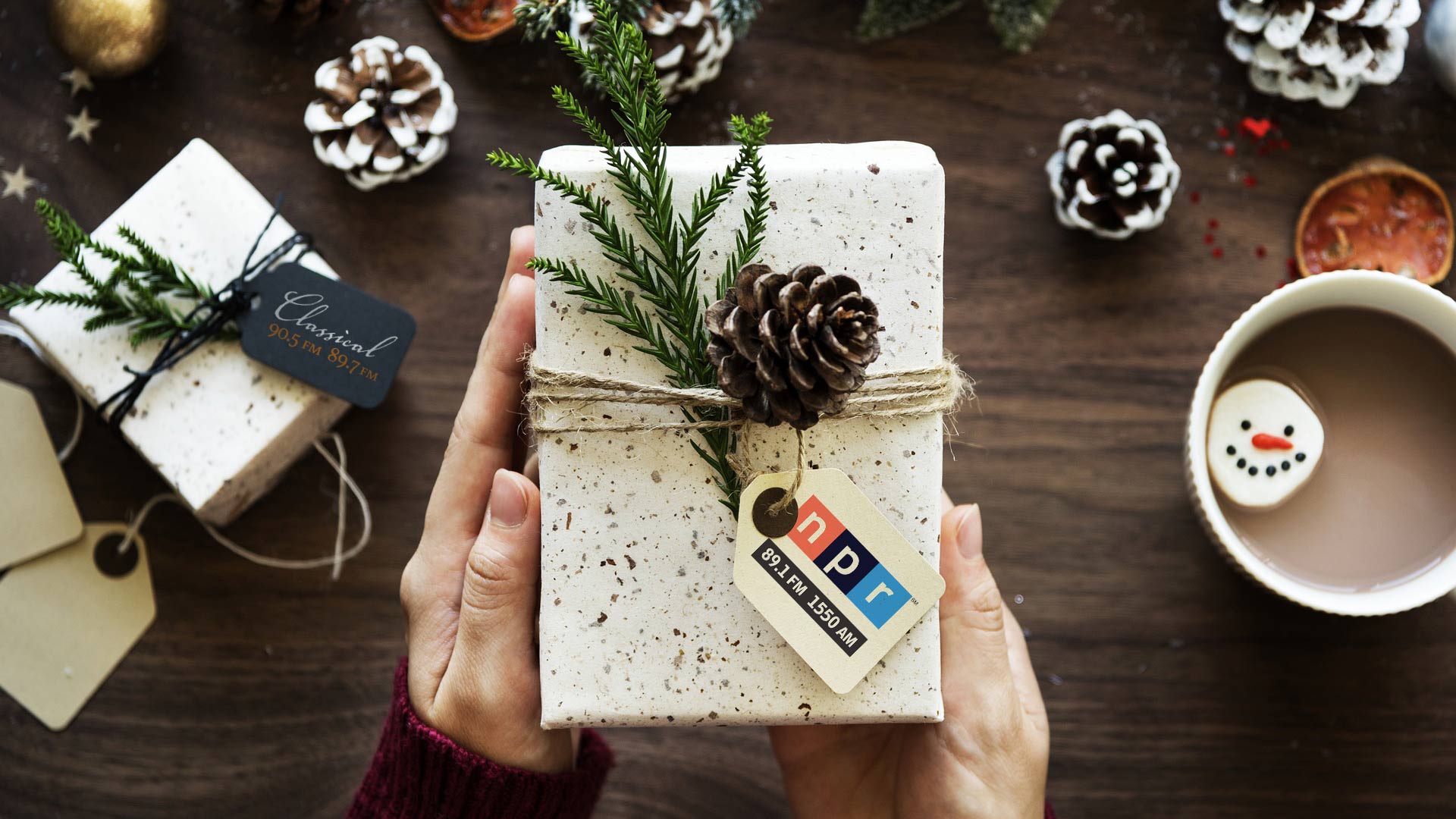 Join Classical 90.5 and NPR 89.1 for a variety of festive holiday specials.

December 24
5pm
Winter Holidays Around the World
Winter holidays are celebrated around the world, and their music is wonderful to hear, regardless of which tradition you observe. Host Bill McGlaughlin gets us started with in the 12th century Italian Christmas music. We’ll also hear jazz pianist Dave Brubeck’s classical composition La Fiesta de la Posada, Vaughan Williams' Fantasia on Christmas Carols, Debussy in Paris, a Polynesian hymn, and an exceprt from Amahl and the Night Visitors from the original television production.

7pm
Exploring Music
Bill explains the essence, resonance, and imagery in each of Bach’s six cantatas comprising the Christmas Oratorio -- written for the days of the Lutheran church year -- celebrating Christmas to Epiphany with intimate arias and spirited choruses. (Repeats December 25 at 7 p.m.)

8pm
Holiday Card to Tucson
The University of Arizona Choirs presents their 18th annual holiday gift to their southern Arizona community. (Repeats December 25 at 10am)

December 25
6am
Winter Holidays Around the World
Winter holidays are celebrated around the world, and their music is wonderful to hear, regardless of which tradition you observe. Hosted by Bill McGlaughlin.

9am
Welcome Christmas
The perennial Christmas favorite from VocalEssence, one of the world’s premiere choral groups. Enjoy an hour of traditional carols and new discoveries.

10am
Holiday Card to Tucson

4pm
A Concierto Christmas 2018
Concierto is the nation’s first bilingual classical music program presented in English and in Spanish. This new holiday edition of the program features a broad range of sacred and seasonal selections, spanning from Renaissance Spain to the 20th century in South America and the U.S. Southwest.

Tuesday, January 1
9am
New Year’s Day From Vienna 2019
The Vienna Philharmonic and conductor Riccardo Muti present its annual New Year's Day concert from the Golden Hall of the Musikverein in Vienna. You'll hear your favorite waltzes, polkas and more.

NPR 89.1
December 24
7 pm
Tinsel Tales (4)
Continuing with the tradition of the first Tinsel Tales program, this is another collection of the best and most requested holiday stories. Joy, hope, and childhood memories overflow as NPR voices, past and present, tell stories of the season. (Repeats December 25 at 9am)

10pm
Joy To The World, A Holiday In Pink
The internationally acclaimed “little orchestra" Pink Martini bedecks the airwaves with festive holiday songs from across the globe. Hosted by All Things Considered’s Ari Shapiro.

10am
Hollywood Holiday
Whether you head out for a Christmas movie or not, you’re invited to join American Public Media’s Lynn Warfel for Hollywood Holiday. The program offers a festive musical retrospective of some of Hollywood's most cherished films inspired by Charles Dickens’ classic character, Ebenezer Scrooge.

December 31
7pm to 1am
Toast Of The Nation
An NPR tradition every New Year's Eve since the 1970s, Toast of the Nation is the perfect audio complement for the occasion. It's festive jazz you can party to, all night long. Each stop along the way features a Blue Note venue throughout the country and the world. We’ll hear sets from Buika, The Dirty Dozen Brass Band, Joshua Redman and Brad Meldau, pianist Fred Hersch, Ron Carter, and Dee Dee Bridgewater.

DUSTWUN - A film about life, death & trust on the U.S. / Mexico border. "At the Center of All Beauty": author Fenton Johnson on the connection between solitude and creativity Live Video: Trump Addresses China's Actions On Hong Kong
By posting comments, you agree to our
AZPM encourages comments, but comments that contain profanity, unrelated information, threats, libel, defamatory statements, obscenities, pornography or that violate the law are not allowed. Comments that promote commercial products or services are not allowed. Comments in violation of this policy will be removed. Continued posting of comments that violate this policy will result in the commenter being banned from the site.