Jon Kyl to Leave Senate at the End of the Year 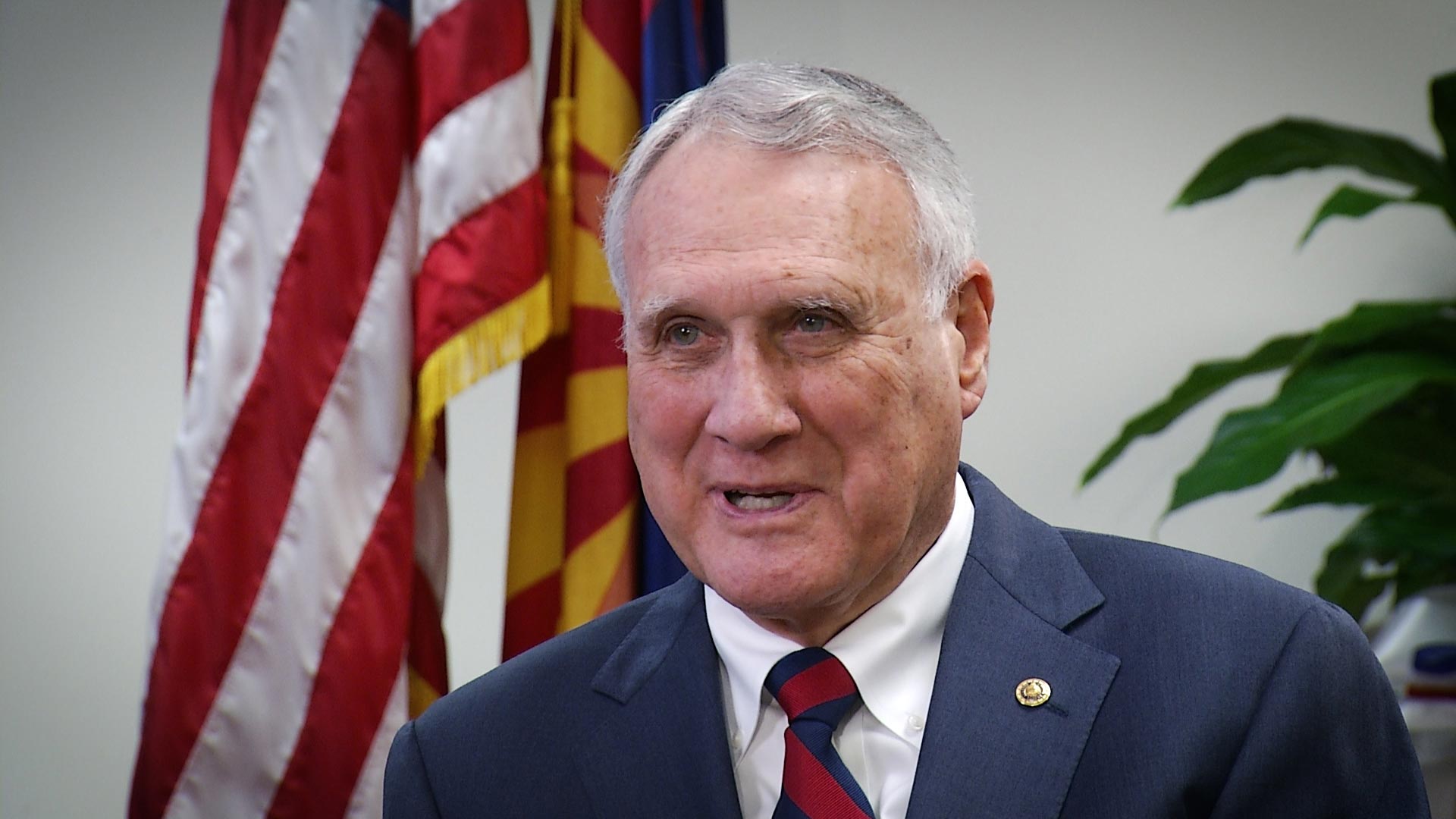 Arizona Senator Jon Kyl during an interview with Arizona 360 on October 23, 2018.
AZPM Staff

In a letter hand-delivered to Gov. Doug Ducey just before the close of business Thursday, Kyl said it was an honor to hold the seat but he feels it is time to once again leave the Senate.

Ducey appointed Kyl to fill the late Sen. John McCain's term, but at the time Kyl would not commit to serving past the end of this year.

In the letter, Kyl wrote, "I have concluded that it would be best if I resign so that your appointment can begin the new term with all other Senators in January 2019."

The governor must name a Republican to fill the post.

Speculation about who could fill the seat has run wild in recent weeks. Names in the rumor mill include outgoing Congresswoman Martha McSally, outgoing state Treasurer Eileen Klein, and Ducey's former Chief of Staff Kirk Adams.

A spokesperson for the governor refused to give a specific timetable for the appointment, saying only that it will be made "in the near future."

Former Astronaut Mark Kelly Hits the Campaign Trail Sen Jon Kyl Reflects on Return to Congress Sen Jon Kyl Praises Kavanaugh After Briefing on FBI Report
By posting comments, you agree to our
AZPM encourages comments, but comments that contain profanity, unrelated information, threats, libel, defamatory statements, obscenities, pornography or that violate the law are not allowed. Comments that promote commercial products or services are not allowed. Comments in violation of this policy will be removed. Continued posting of comments that violate this policy will result in the commenter being banned from the site.