The funding comes from a $1.7 billion settlement from a company that mined the region. by Laurel Morales, Fronteras Desk TWEET SHARE 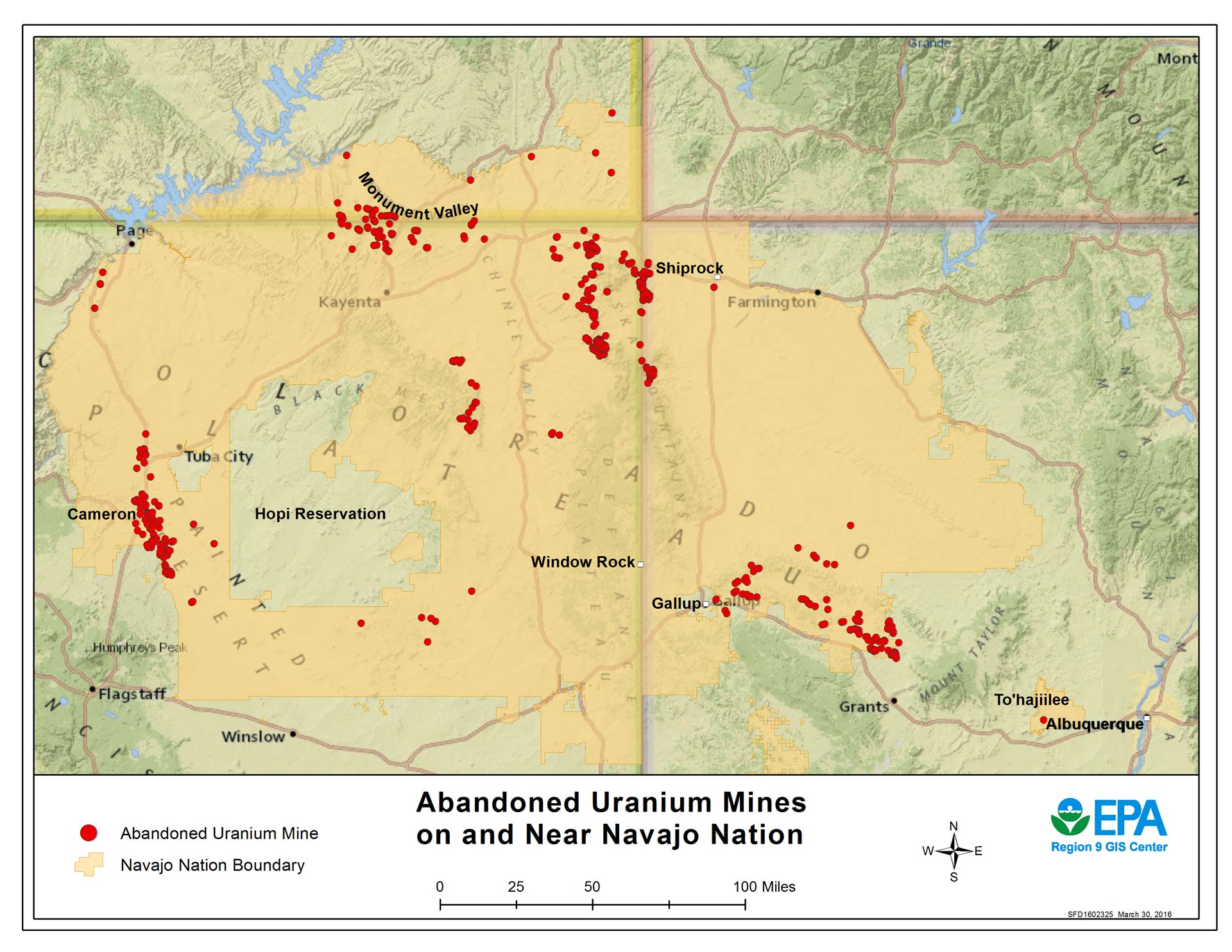 The federal government seeks proposals from businesses to clean up abandoned uranium mines on the Navajo Nation. But some say Navajo-owned businesses aren't big enough to handle the project.

The EPA plans to parse out $220 million to multiple "small businesses." But the federal government's definition of "small" is 750 or fewer employees. That's huge by Navajo standards.

"I know there are remediation businesses that are Navajo," Vasquez said. "Whether they can handle the entire project ... contracting officers and the federal government like turn-key operations."

Vasquez said the EPA cannot legally prioritize Navajo-owned businesses but they can give priority to a business that hires Navajos.

The funding comes from a $1.7 billion settlement with Tronox, the successor of Kerr-McGee, a company that mined the region.

During the Cold War companies extracted nearly 30 million tons of uranium from Navajo land. The EPA said it has funding to assess and clean up about 220 of the more than 520 abandoned mines.

Contract proposals are due May 28.

Grijalva asks feds to 'respect tribal lands' during border construction Planning for a future with less Colorado River water Navajo request federal funding to hire coroners
By posting comments, you agree to our
AZPM encourages comments, but comments that contain profanity, unrelated information, threats, libel, defamatory statements, obscenities, pornography or that violate the law are not allowed. Comments that promote commercial products or services are not allowed. Comments in violation of this policy will be removed. Continued posting of comments that violate this policy will result in the commenter being banned from the site.