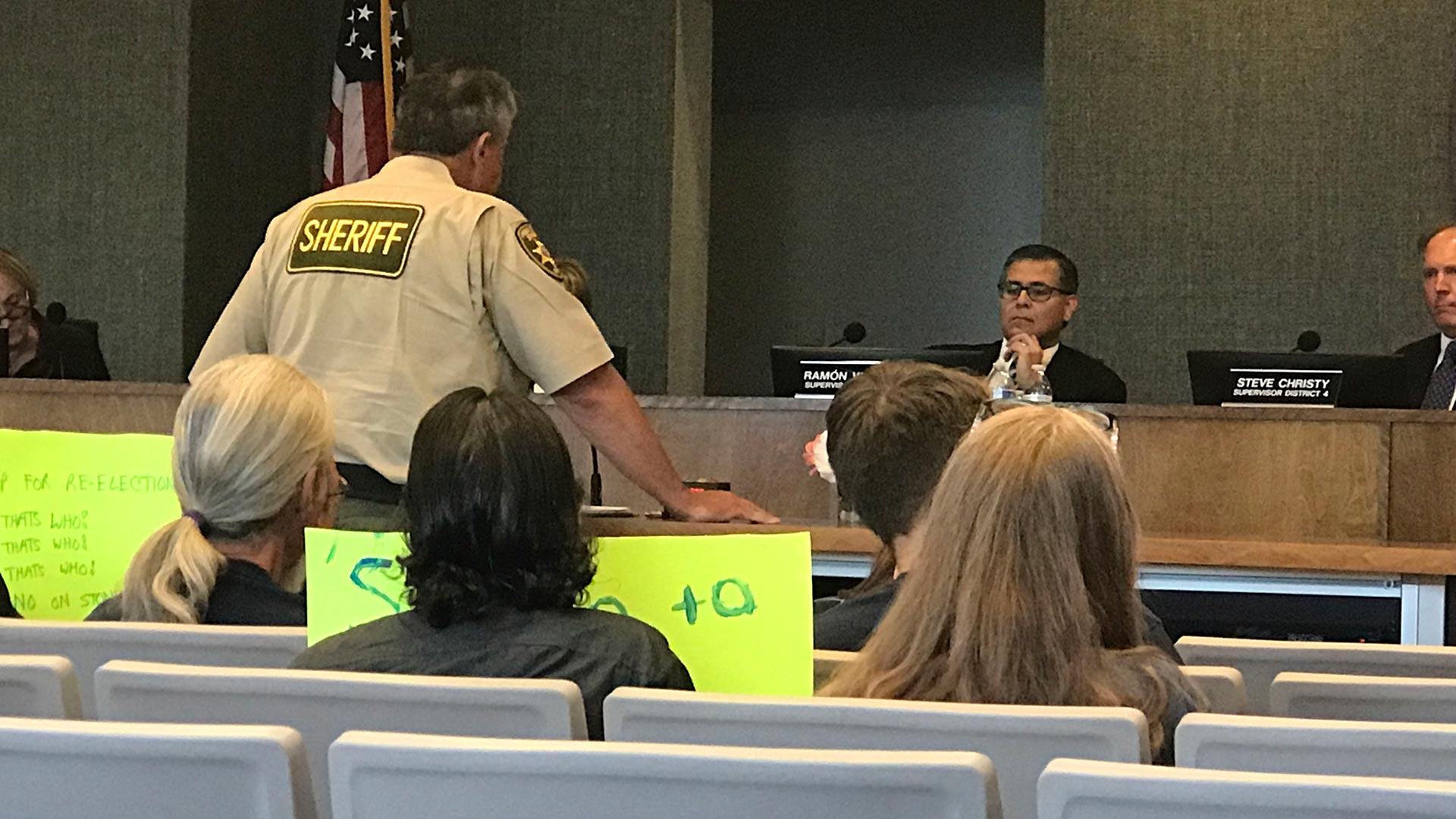 The Pima County Board of Supervisors Tuesday voted to back Sheriff Mark Napier and accept the a grant from the U.S. Department of Homeland Security meant to help border counties coordinate and cooperate with U.S. Border Patrol officers.

In approving the funding, the board added conditions for how the money is spent.

Many of the speakers were aligned by party affiliation. Allison Jones, the chair of the Pima County Democratic Party asked the supervisors to reject the $1.5 million because she said that it meant working with Border Patrol on immigration issues.

"Accepting the money could be an epic and resounding defeat of our values and everything we hold dear," Jones said.

"No matter how much lipstick you put on it it is still a pig," he said.

David Eppihimer, the chair of the Pima County Republican Party told the supervisors: "I encourage this board to ignore a small minority of the left fringe. Do the right thing and accept the funds." 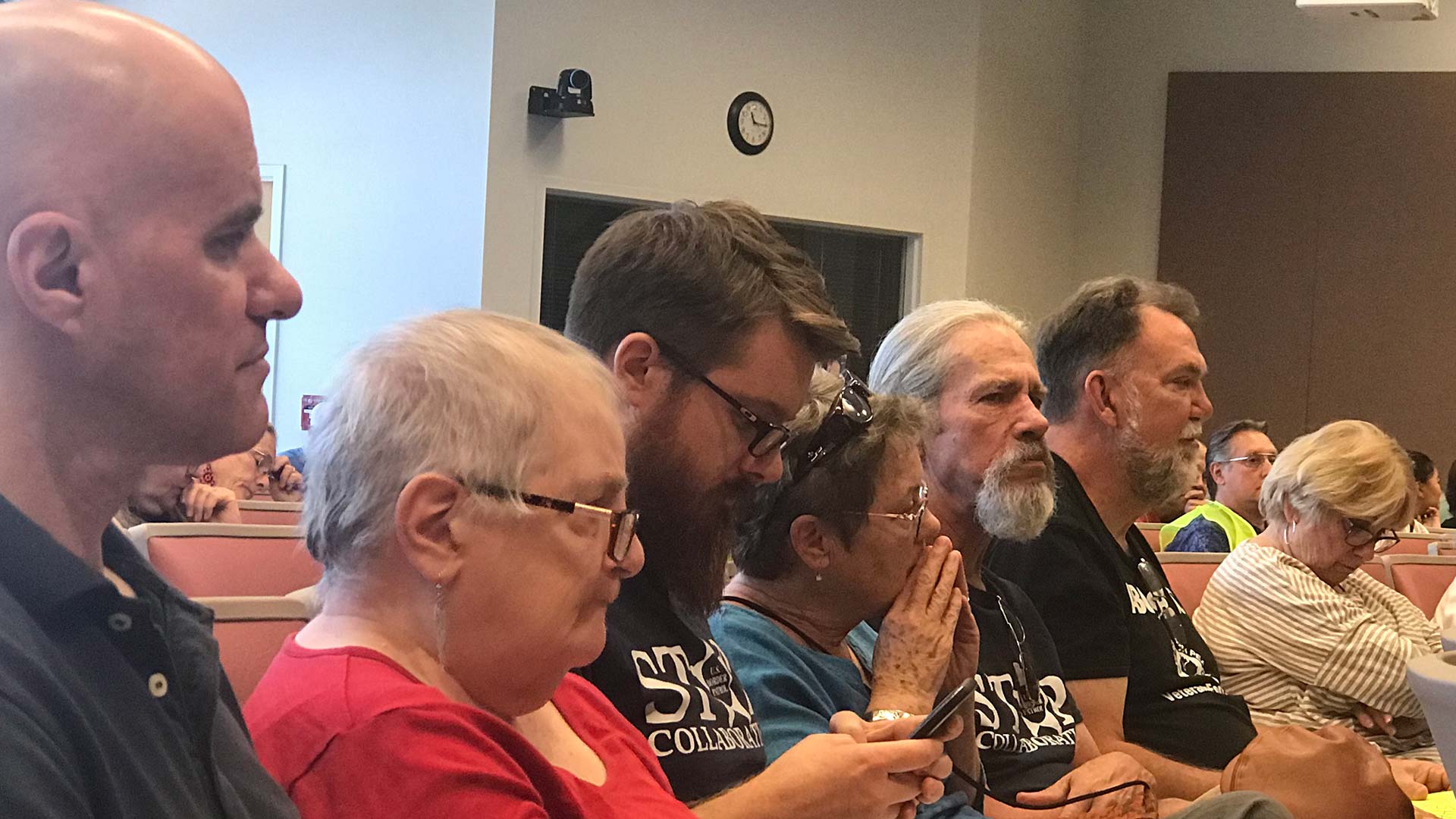 VIEW LARGER Opponents of the Homeland Security Stonegarden grant sit in the audience as Pima County Supervisors vote 3-2 in favor of the grant. (May 7, 2019)
Nancy Montoya/AZPM

Democrat Sharon Bronson broke the tie, and offered an amendment to the proposal that would closely monitor Pima County Sheriff Mark Napier and his use of the funds to prevent them from being used to aid deportations.

The measure passed 3-2. Opponents including Diamond said they have little faith the supervisors will be able to monitor Napier.

"No matter how much you seek to bind Sheriff Napier with ironclad conditions, you can't. Might as well try to bind him with magic as with conditions," he said.

Napier told the board his department will follow every condition set by the vote.

Pima County Supervisor Bronson Explains Vote to Accept Stonegarden Funding Stonegarden Funding; Tomato Trade; USMCA Update Officials Credit Southern Arizona Drug Seizures to Stonegarden Funding
By posting comments, you agree to our
AZPM encourages comments, but comments that contain profanity, unrelated information, threats, libel, defamatory statements, obscenities, pornography or that violate the law are not allowed. Comments that promote commercial products or services are not allowed. Comments in violation of this policy will be removed. Continued posting of comments that violate this policy will result in the commenter being banned from the site.