The contest is accepting films about life in the borderlands by students and nonprofessionals. by Kendal Blust, Fronteras Desk Tweet 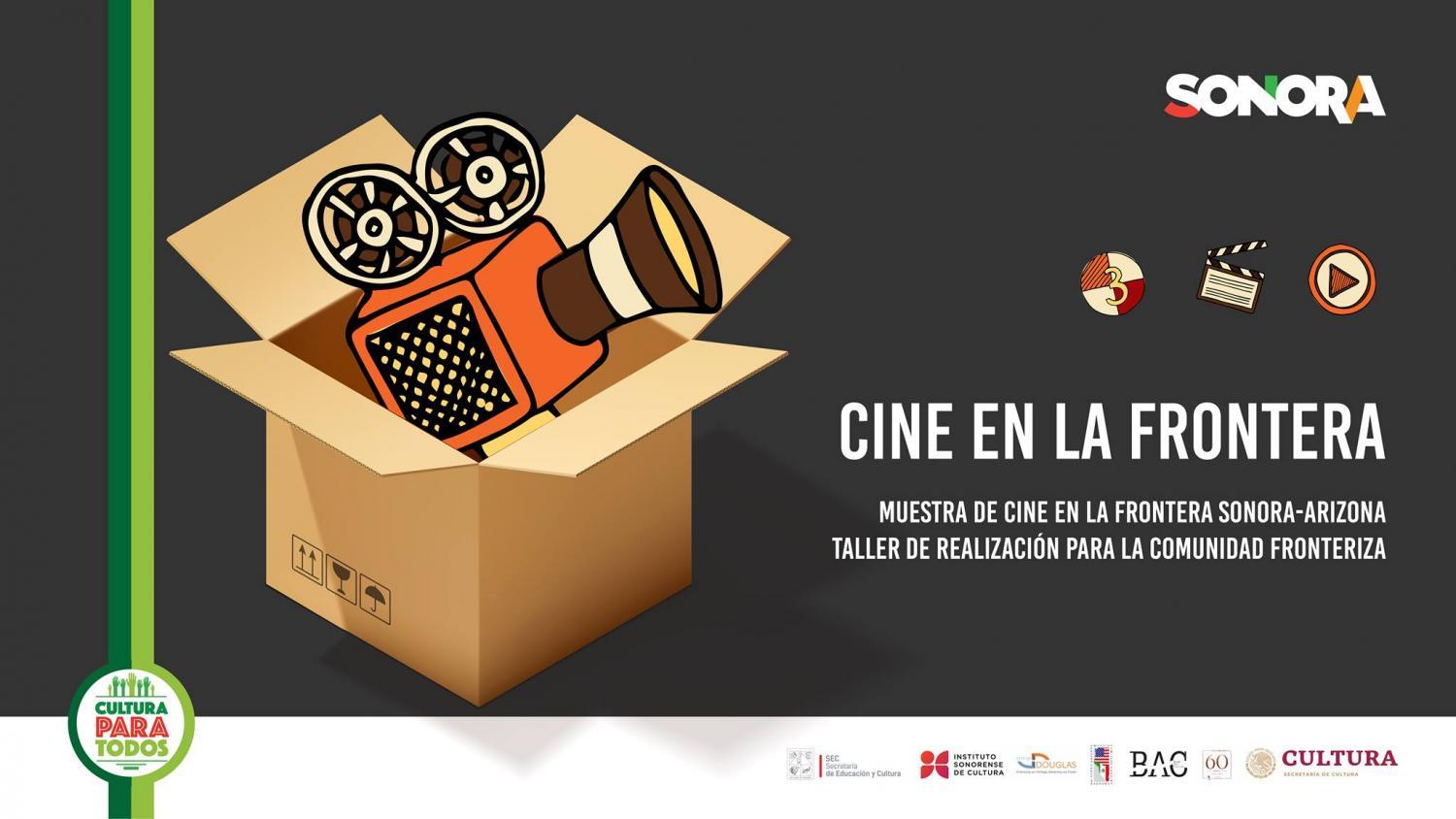 Flyer for the binational contest Cinema On The Border, which is accepting short film submissions from Arizona and Sonora residents through Oct. 7.
Instituto Sonorense de Cultura

Student and nonprofessional filmmakers living in Arizona and Sonora can submit short films about life in the borderlands to the Cinema On The Border contest now through Oct. 7.

Five winners from each state will be selected for a film screening in Douglas on Oct. 26. And the 10 winning filmmakers will have transportation, food and lodging paid to attend a borderlands film workshop in Douglas on Oct. 25-26. The workshop, led by Tucson-based filmmaker Luis Carlos Davis, is also open to the public.

“It’s just an opportunity for us to take control of or list our own narratives of the borderlands. It’s just a way we can tell our own stories,” said Jenea Sanchez, president of the Border Arts Corridor, which is hosting the event in collaboration with the Sonoran Cultural Institute (ISC).

Sanchez said the goal is to strengthen bonds between artists in the two states. She encourages anyone with a film about the borderlands to apply, even if it was shot on a cellphone.

“It’s really exciting to be doing something new,” she said, calling this a first run of what will hopefully become an annual contest.

Films must be one to 10 minutes long and touch on themes related to the Arizona-Sonora borderlands. Films in English need subtitles in Spanish, and films in Spanish must have English subtitles. Up to three entries are allowed per filmmaker.

For more information or to submit a film, see the Sonora Cultural Institute’s website.

Virgina Woolf's "Mrs. Dalloway" at The Rogue Theatre. International exhibition focuses on children's pandemic self-portraits StellarScape Special Event – 'BreathScape'
By posting comments, you agree to our
AZPM encourages comments, but comments that contain profanity, unrelated information, threats, libel, defamatory statements, obscenities, pornography or that violate the law are not allowed. Comments that promote commercial products or services are not allowed. Comments in violation of this policy will be removed. Continued posting of comments that violate this policy will result in the commenter being banned from the site.