A new generation of activists criticize the use of the figure because of its connection to colonialism and genocide. by Russell Contreras, Associated Press Tweet 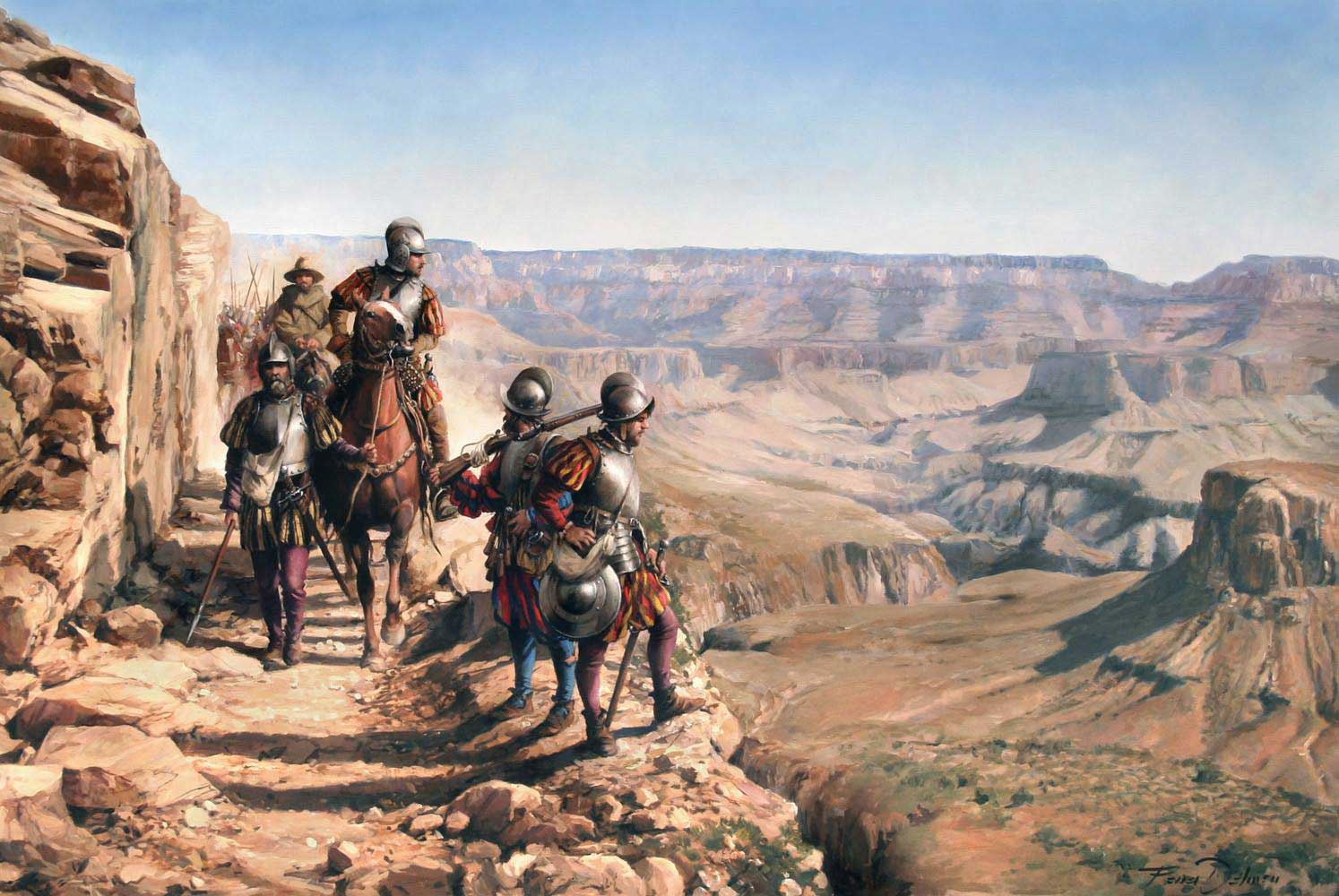 ALBUQUERQUE, N.M. — The Spanish conquistador is an image found throughout New Mexico, the most Hispanic state in the United States.

Depictions of men such as 17th century explorers Don Juan de Oñate and Don Diego de Vargas have long adorned murals and been honored at commemorations as symbols of the region's Hispanic heritage.

In recent years, however, the conquistador and all the effigies connected to it have come under intense criticism. A new generation of Native American and Latino activists is demanding that conquistador imagery and names be removed from seals, schools and streets. They say the figure's connection to colonialism and Indigenous genocide makes the conquistador outdated, highlighting the region's changing attitudes about its colonial past.

Activists convinced organizers of the yearly Santa Fe Fiesta to abandon "the Entrada" — a recreation of de Vargas recapturing Santa Fe for the Spanish from Pueblo tribes. Under pressure, Santa Fe's public school district also announced it would limit when conquistador reenactors visit. This month, the University of New Mexico said it's looking for a new design for its official seal following protests from Native Americans over concerns about the current seal with a conquistador.

Elena Ortiz, president of the Santa Fe chapter of The Red Nation, a Native American advocacy group, said the developments come after years of activism and public campaigns seeking to change perceptions about the conquistador.

More needs to be done, she said.

"We still have Don Diego parading around," Ortiz said. "This symbol of genocide should not be allowed in public schools."

The demonstrations and protests have enflamed racial tensions between some New Mexico Latinos — who call themselves Hispanos — and Native American tribes. Both sides say the battle is over how to tell the region's history.

Ralph Arellanes, chair of the Hispano Round Table of New Mexico, said he understands the desire of the state's tribes to tell their stories. But he called efforts to remove the conquistador attempts to erase history.

"It's a complicated history that needs to be celebrated. If it weren't for Hispanos, who came to New Mexico first, most Native American tribes would have been wiped out," Arellanes said. "The conquistador brought people together."

Spanish explorers were the first Europeans to set foot in the present-day American Southwest, including Texas, California, Arizona and Colorado.

Each state has a few monuments, streets and cities named after Spanish conquistadors, but the conquistador has played a unique role in the celebration of Hispanic culture in New Mexico as many continue to identify as Spanish, or descendants of the first Spanish explorers. Latinos in other southwestern states often identify as Mexican American or mestizo, a mixture of Spanish and Native American ancestry.

The Spanish identity has made New Mexico unique in how some Hispanic residents have celebrated the conquistador.

The conquistador image has appeared on university emblems, moving truck companies and once was the mascot of Albuquerque's minor league baseball team. At an annual festival in Santa Fe, some dress up as conquistadors and ride through town on horses while other conquistador reenactors visit local schools and dance with children.

All Pueblo Council of Governors Chairman E. Paul Torres, who is a member of Isleta Pueblo, said he understands that some Hispanics revere their Spanish colonial past and images of the conquistador.

"I'm not offended by it, but I know some (Native Americans) who are," Torres said. "I'm for us getting together to have a better understanding of each other."

While Torres said he and other tribal leaders were pleased Santa Fe Fiesta organizers changed the Entrada, he doesn't agree with activists who want to erase the conquistador all together.

"It doesn't bother me," former Isleta tribal councilman Diego Lujan said. "We all need to work and live together."

Nick Estes, an American Studies professor at the University of New Mexico and co-founder of The Red Nation, said activists want state leaders to stop lionizing the region's violent colonial past and recognize the history of Native Americans.

This fight is worse than the battle over U.S. Civil War-era Confederate monuments in the American South, he said.

Arizona sees boost in revenue from tribal casinos Legal settlement is a win for Pascua Yaqui voting rights. Navajo Nation requiring workers to get a full dose of the COVID-19 vaccine
By posting comments, you agree to our
AZPM encourages comments, but comments that contain profanity, unrelated information, threats, libel, defamatory statements, obscenities, pornography or that violate the law are not allowed. Comments that promote commercial products or services are not allowed. Comments in violation of this policy will be removed. Continued posting of comments that violate this policy will result in the commenter being banned from the site.