Paying college athletes for their images

A change to NCAA rules could allow college athletes to profit from promotions. by Christopher Conover Tweet 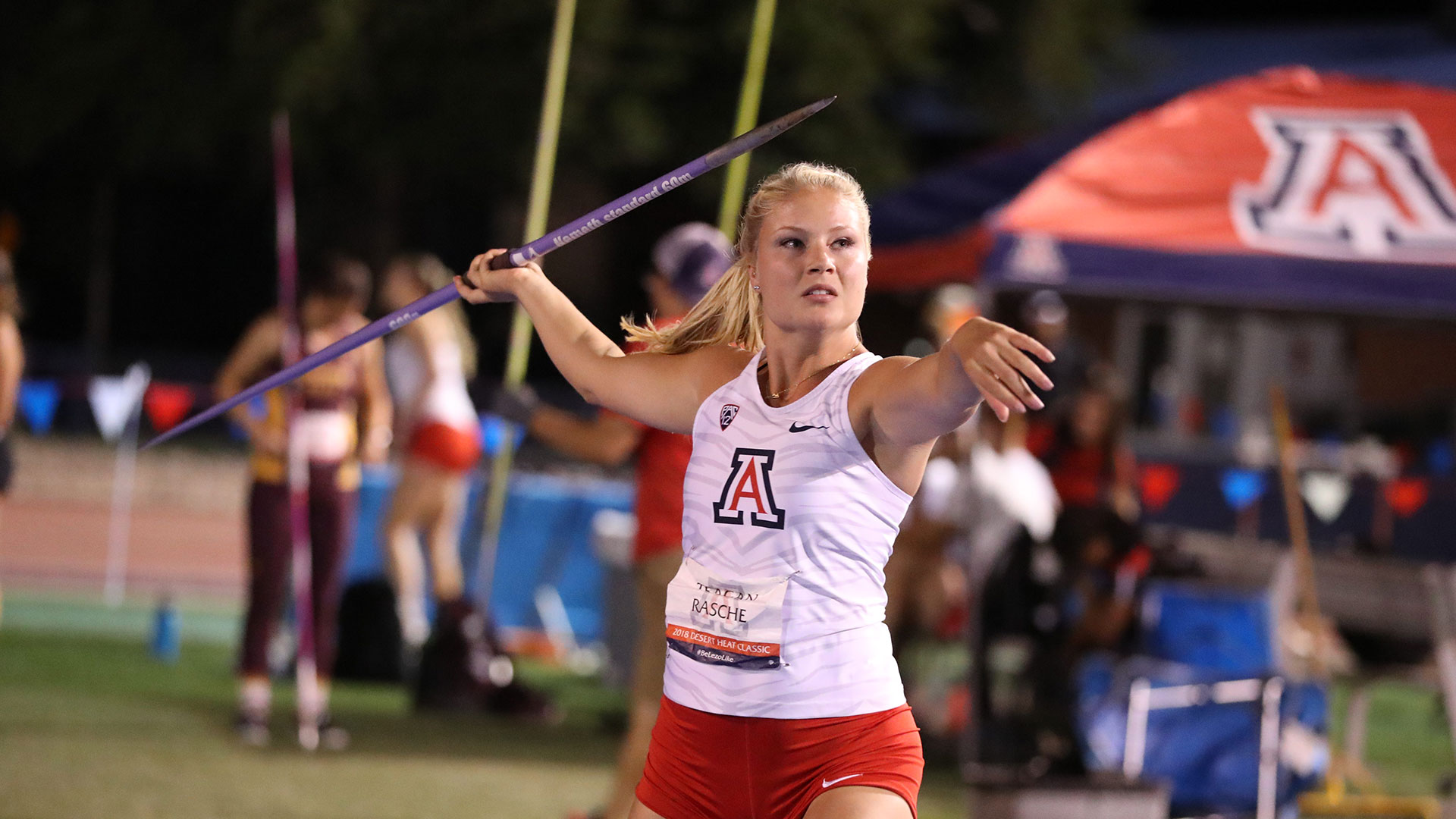 The NCAA is working on a new rule that would allow college athletes to be paid for the use of their likeness or images. The change is being driven, in part, by new state laws passed in California and Florida.

The NCAA will take five years to design the rule. The ultimate plan is to make an "even playing field" for the student athletes across the country.

"The even playing field means that there is no advantage for a certain school or a certain state where the recruiting is so obvious that you would rather go to California or New York because you can make more money there," Ricardo Valerdi, the UA faculty athletics representative, explained to The Buzz.

At most universities, football and basketball are the main moneymakers, or revenue sports. But not all athletes on campus play those two sports.

Teagan Rasche graduated from the University of Arizona last year. She was a scholarship athlete, throwing javelin and hammer for the track team.

She told The Buzz that the rule change would not have helped her.

"As a female athlete who was a javelin thrower, no one is going to go buy my jersey at the store or really wants to sponsor me. Even if I was a female basketball player I would be a little bit torn [about the rule change] because maybe there is some possibility for some income, but probably not," Rasche said.

She explained that the quarterback on the football team or the starting point guard for the basketball team would probably have more earning potential because they are better known. 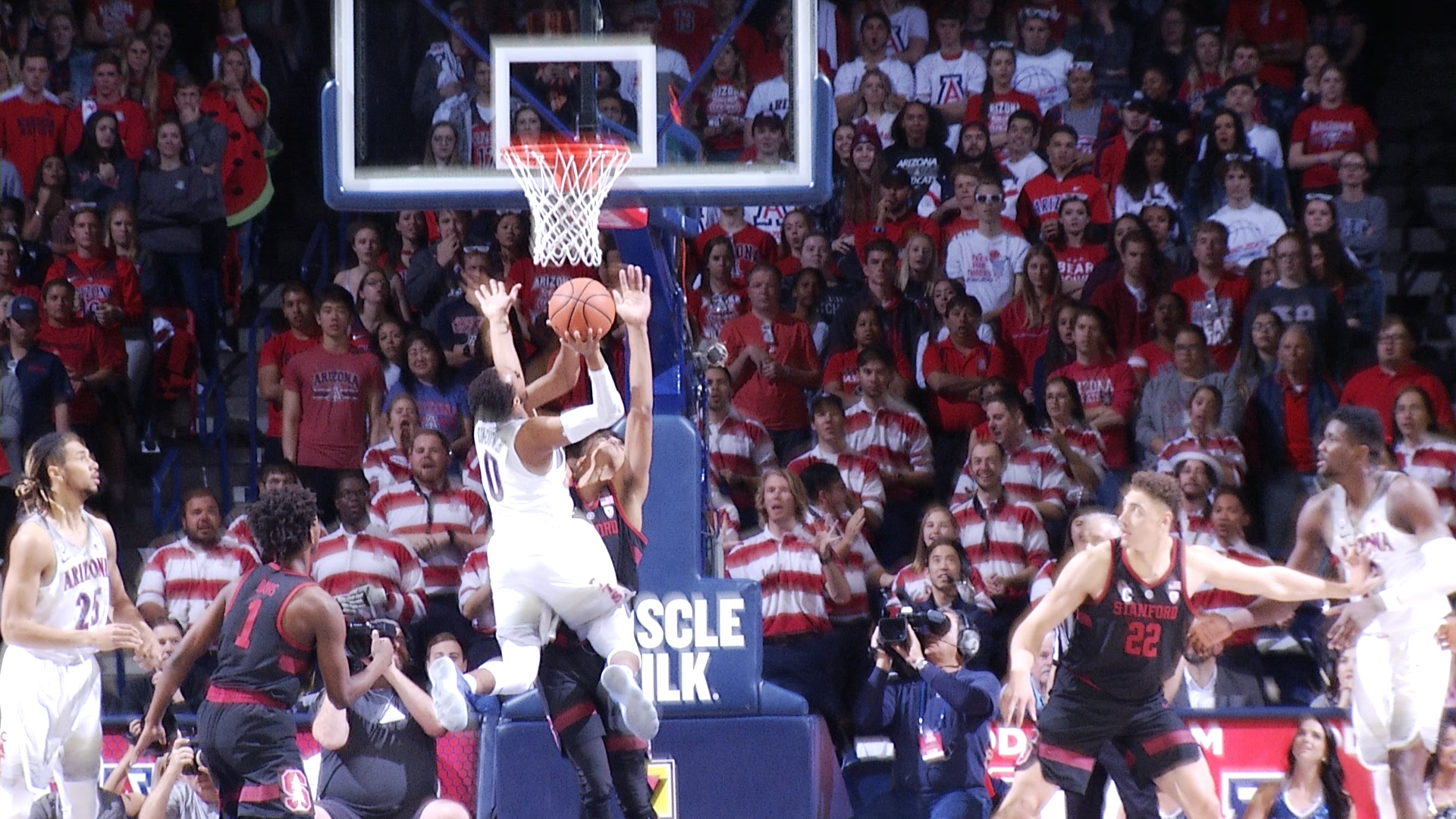 Money is often on the mind of students about to enter college.

Bruno Fina will graduate from Salpointe Catholic High School later this year. He will be a scholarship athlete at UCLA, playing football. He told The Buzz the idea of payment for use of his likeness was not part of the recruiting process.

"There was never, never anything said to me like that," said Fina.

Bruno's father, John, played football for the UA in the late '80s and early '90s. He went on to have an 11-year career in the NFL. He said the implications for the new rule are many.

"My opinion is, let's try, because it doesn't make sense that [with] the money the universities make that they can't somehow maybe start IRAs for every kid that is eligible," Fina explained.

The NCAA has not given an exact date when the rule will be put in place.

The Buzz airs Fridays at 8:30 a.m. and 6 p.m. and Saturdays at 3:30 p.m. on NPR 89.1. You can subscribe to our podcast on iTunes and NPR One. See more from The Buzz.
SUBSCRIBE TO PODCAST
MORE: Arizona, News, Sports, The Buzz, University of Arizona

Heeke named to NCAA committee College athletes and the business of sports Delays, some spectators possible as UA plans for fall sports
By posting comments, you agree to our
AZPM encourages comments, but comments that contain profanity, unrelated information, threats, libel, defamatory statements, obscenities, pornography or that violate the law are not allowed. Comments that promote commercial products or services are not allowed. Comments in violation of this policy will be removed. Continued posting of comments that violate this policy will result in the commenter being banned from the site.