The Trump administration released its final rule Thursday redefining which waterways are protected under the Clean Water Act. by Ariana Brocious Tweet 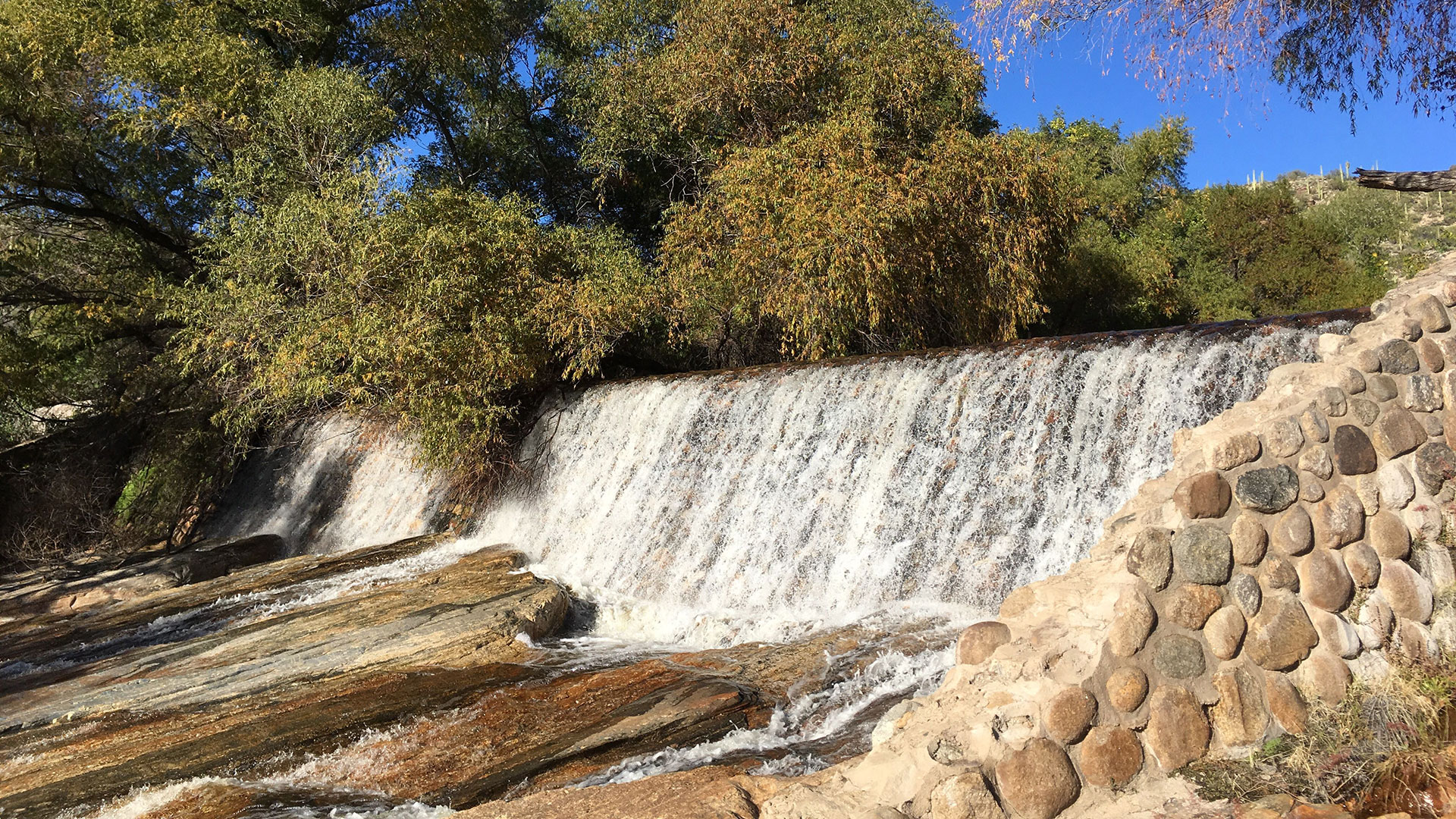 Water flows down the face of Sabino Dam after a heavy winter rain. Intermittent waterways like this one will lose federal protection under the Clean Water Act under a new rule put forward by the Trump administration.
Ariana Brocious/AZPM

"With the navigable waters protection rule, we are bringing clarity once and for all to American farmers, landowners and businesses" Stoker said in a press conference.

But many environmental groups characterize the rule change as a gutting of the Clean Water Act. The new rule specifically excludes ephemeral waterways that flow only occasionally, from rain or snowmelt. Nicole Gillett with Tucson Audubon is one of those who oppose the new rule.

"Basically anything in Arizona that doesn't run year-round, which is over 93% of our waterways and urban lakes, will no longer be covered," she said.

Gillett said the rule change leaves most of Arizona waterways vulnerable to pollution and dumping because the state doesn't currently have regulatory program to protect surface water quality.

"Since we've been so directly tied to the federal program, there's nothing even equivalent in our state."

Arizona's Department of Environmental Quality has started to create its own set of regulations, but it will take time to design and implement.

Proposed Clean Water Act changes will mean uncertainty, loss of protections for Arizona waterways Under federal pressure, Colorado River water managers face unprecedented call for conservation Residents in Cochise County organize vote to establish water regulation
By posting comments, you agree to our
AZPM encourages comments, but comments that contain profanity, unrelated information, threats, libel, defamatory statements, obscenities, pornography or that violate the law are not allowed. Comments that promote commercial products or services are not allowed. Comments in violation of this policy will be removed. Continued posting of comments that violate this policy will result in the commenter being banned from the site.