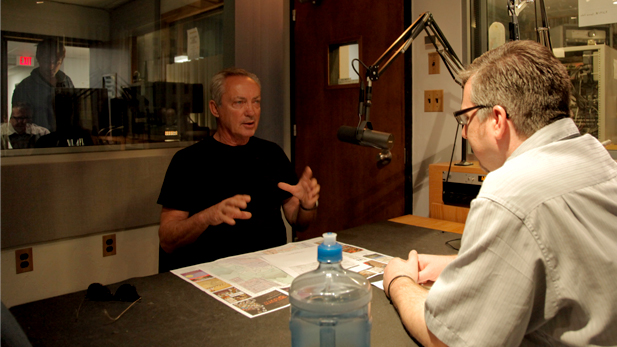 You may not know his name, but chances are that acclaimed German film actor Udo Kier will look familiar. He has played a wealth of distinctive characters in a film career that now spans more than four decades, ranging from horror to drama to comedy with many shades in between.

In 2011, Kier can be seen in several films, including the award-winning Melancholia, from director Lars Von Trier, and in House of Boys, which looks back at the origins of the AIDS epidemic in the early 1980s.

House of Boys begins a run at Tucson's The Loft Cinema on December 2nd, 2011.

40 Years of Chronicling Gay Experience "The 89-90 Trip" reaches its destination. The 89-90 Trip: Canada at Last
By posting comments, you agree to our
AZPM encourages comments, but comments that contain profanity, unrelated information, threats, libel, defamatory statements, obscenities, pornography or that violate the law are not allowed. Comments that promote commercial products or services are not allowed. Comments in violation of this policy will be removed. Continued posting of comments that violate this policy will result in the commenter being banned from the site.