× LET'S ALL GO TO THE LOBBY, our new podcast filled with upbeat conversation and recommendations for great movies from across time and around the world.
/ Modified aug 7, 2020 9:13 a.m.

Commissioner Mark Morgan spoke to the media ahead of agency's release of July arrest data. by Alisa Reznick Tweet 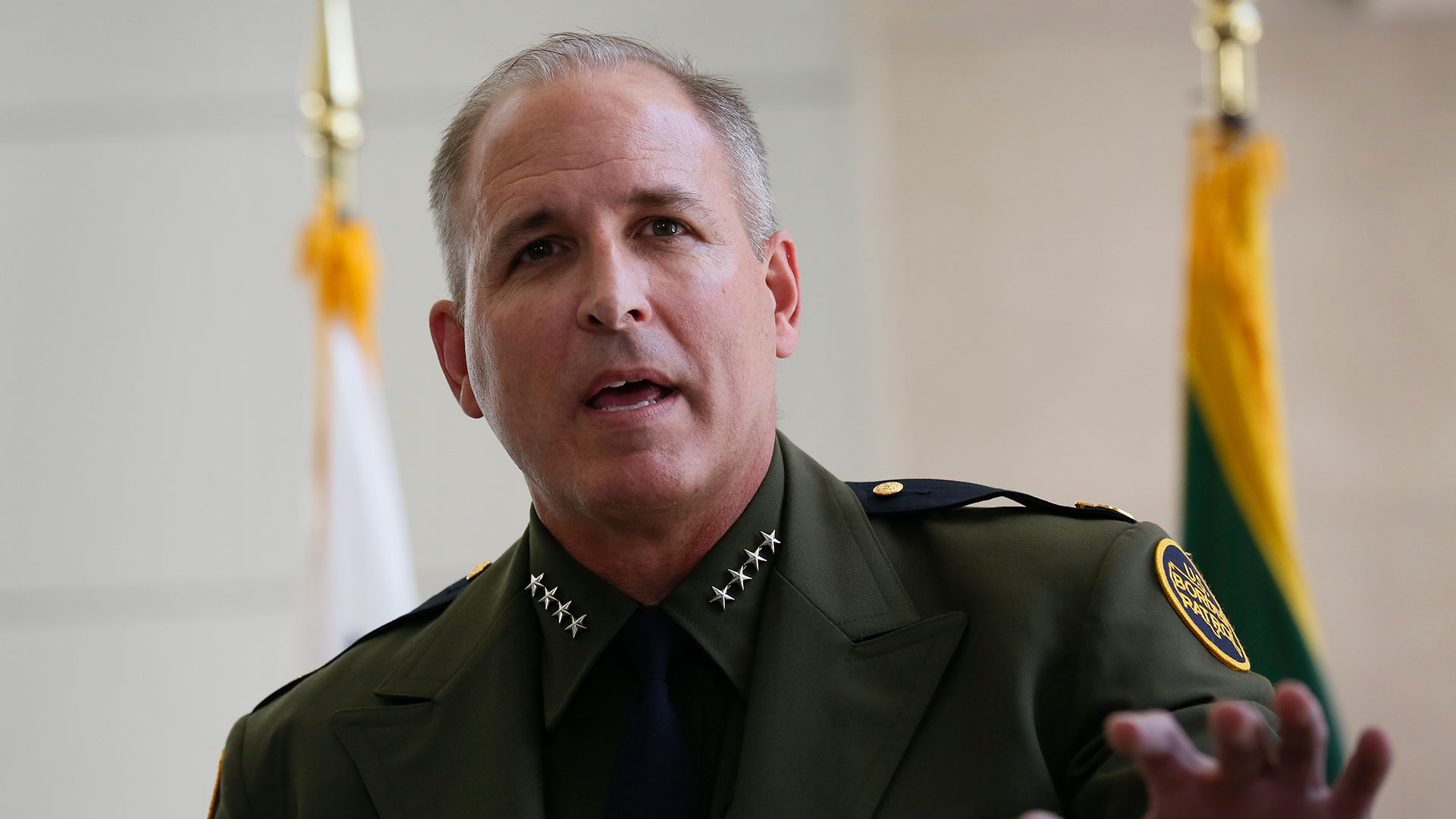 In a press call addressing Customs and Border Protection's response to the coronavirus pandemic, agency commissioner Mark Morgan on Thursday blamed migrants for spreading the virus by traveling along the border during the pandemic.

"Migrants continue to ignore their countries' stay-at-home guidance, as well as continuing to ignore the guidance of local medical experts," he said. "As the U.S. takes on the challenges posed by COVID-19, we must secure our borders from illegal aliens who show their complete disregard the most basic application of health and safety precautions."

Since March, the agency has used a federal health code called Title 42 to expel migrants arrested along the border within a matter of hours. Along the southwest border, agency data shows 30,721 people were removed under this protocol in July.

Morgan said the measure protects agents from the coronavirus by cutting down on the amount of time they spend with people who are detained.

"Title 42 has been a game-changer to further reduce the introduction of COVID-19 into the U.S. through illegal entry," he said.

The official also praised other measures enacted by the administration to control the spread of the virus, including the border wall.

"This Title 42, this policy, this wall, it's just common sense," he said. "The wall has also served as an effective tool to further reduce the introduction of COVID-19 into this country."

Thousands of people are already awaiting asylum hearings in Mexican border cities because of the Trump administration’s Migrant Protection Protocols, also known as the "Remain in Mexico" policy. That includes hundreds in Nogales. Rights advocates there say Title 42 is one more measure that robs asylum seekers of having those cases heard.

Joanna Williams is the director of education and advocacy at the Kino Border Initiative, a migrant aid organization based in Nogales, Sonora. The group hands out meals to as many as 200 people a day and offers legal advice to people awaiting U.S. trials. She said those who come to the center are always in masks and make a point to respect social distancing protocols.

"The asylum seekers who are stranded in Mexico are very cautious about not wanting their families to get sick. That's been on the forefront of their minds for months," she said.

Migrants expelled under Title 42 are sometimes returned to Nogales and enter into what groups say is a legal limbo made worse by increasingly restrictive immigration policies.

Hearings that are part of "Remain in Mexico" have been delayed until further notice and the international border is still closed to nonessential travel. In June, the Department of Homeland Security proposed a new rule that would drastically alter the circumstances in which people would be eligible for asylum. Rights advocates say the change would mean claims made by groups like Central Americans fleeing gang violence, domestic abuse victims and members of the LGBTQ community would likely be barred from applying.

Williams says some families who get help at the center have already spent almost a year waiting to apply for asylum, and more come everyday.

"We have been seeing a number of Title 42 expulsions — just last week we had a couple of families, one was a family from Guatemala and the other a family from El Salvador, both of whom were trying to seek asylum in the United States," she said. "Both were expelled with their small children within a matter of minutes and with really no opportunity to make their claim."

Williams said that's one reason her group and others organized a demonstration Thursday morning in Nogales. Advocates gathered on both sides of the border fence there to recognize the right to asylum and hear from migrants themselves about the difficult journeys they've faced.

Border apprehensions down, nearly 200k returned to Mexico under COVID-19 policy Arizona's shipping container wall on border is coming down Arizona governor to keep migrant busing program
By posting comments, you agree to our
AZPM encourages comments, but comments that contain profanity, unrelated information, threats, libel, defamatory statements, obscenities, pornography or that violate the law are not allowed. Comments that promote commercial products or services are not allowed. Comments in violation of this policy will be removed. Continued posting of comments that violate this policy will result in the commenter being banned from the site.