A Woman of Independent Means

A conversation with stage and screen actress Susan Clark about bringing her one-woman show to the Invisible Theater in Tucson, March 9th - 11th. by Mark McLemore TWEET SHARE 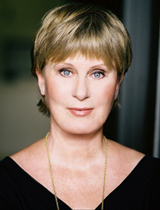 Although actress and producer Susan Clark starred in films opposite leading men like Clint Eastwood, Robert Redford, and Burt Lancaster, she is probably best known for starring with her real-life husband Alex Karras - and a young Emmanuel Lewis - in the 1980s sitcom Webster.

Since that time, Susan Clark has been active on the stage, most recently traveling across the country performing solo in A Woman of Independent Means, a chamber play written by Elizabeth Forsythe Hailey. That is what brings Susan Clark to Tucson March 9th through the 11th for a run at The Invisible Theater...

Measuring Loneliness "Beyond Earth's Edge: The Poetry of Spaceflight". Is the pandemic changing our dreams?
By posting comments, you agree to our
AZPM encourages comments, but comments that contain profanity, unrelated information, threats, libel, defamatory statements, obscenities, pornography or that violate the law are not allowed. Comments that promote commercial products or services are not allowed. Comments in violation of this policy will be removed. Continued posting of comments that violate this policy will result in the commenter being banned from the site.