City officials said it is part of a push to cut carbon emissions. by Megan Myscofski Tweet 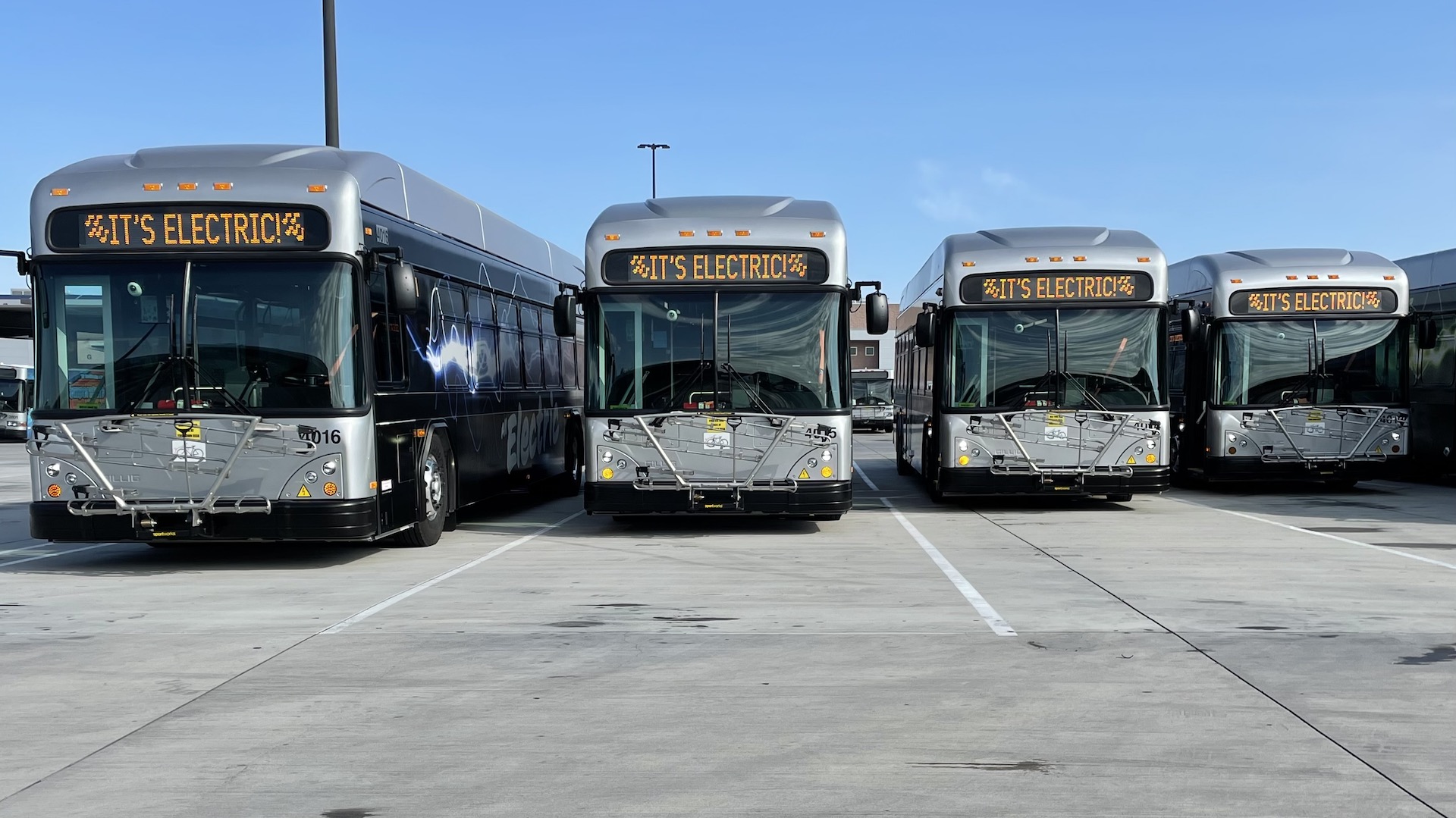 The City of Tucson introduced five new electric buses to its fleet. The city said this is one step towards its goal of reducing carbon emissions 80% by 2035.

Sun Tran General Manager Steve Spade told a crowd at a bus depot in Northwest Tucson that the city plans to add five more electric buses in the spring and eliminate all diesel buses by 2028.

"The introduction of electric buses in Tucson is a step toward a cleaner environment and a sustainable energy future," Spade said.

Federal Transportation Administration grants played a major role in funding the buses, which Spade said each cost about twice as much as a diesel bus. He said Sun Tran also hopes that it will be able to buy more buses with money from the upcoming federal infrastructure bill.

And of course, the buses are much quieter.

Mayor Regina Romero said that will cut down on noise pollution.

"For the noise mitigation and, you know, the quality of life for people that live near transit routes, it's going to make a big, big difference," Romero said.

The Gillig Corporation in San Francisco manufactured the buses, and they feature equipment that will allow passengers who use wheelchairs to board the bus without physical help from a driver.

Tucson airport expecting more than 60,000 travelers in Thanksgiving week Officials approve corridor for part of proposed of new I-11 El Tour de Tucson Returns
By posting comments, you agree to our
AZPM encourages comments, but comments that contain profanity, unrelated information, threats, libel, defamatory statements, obscenities, pornography or that violate the law are not allowed. Comments that promote commercial products or services are not allowed. Comments in violation of this policy will be removed. Continued posting of comments that violate this policy will result in the commenter being banned from the site.