From the Top Live Taping

NPR’s Hit Show presents a live taping on Sunday, February 17, 2013 at 4 p.m. at Centennial Hall on the University of Arizona campus. Tweet 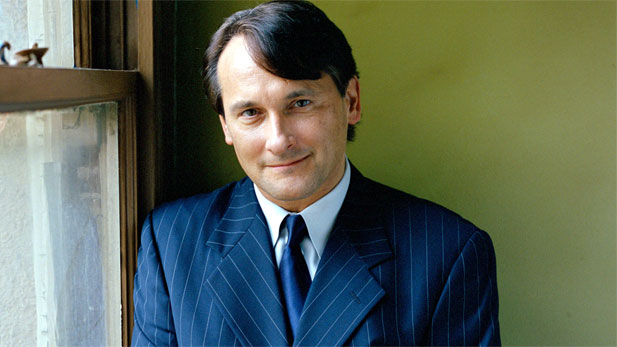 The program will feature two musicians from Tucson, Arizona. 17-year old guitarist Augustus Woodrow-Tomizuka studies with Thomas Patterson and placed second in the Senior Youth Division of the 2012 Indiana International Guitar Competition. He has performed with indie band Picasso’s Wall, as well as with various Mariachi groups, around the Tucson area. 13-year-old pianist Cameron Williams studies with Tannis Gibson at the University of Arizona School of Music. He placed first in the 2012-2013 Arizona MTNA Junior Competition and has spent the last three summers at the Interlochen Summer Arts Festival.

The weekly hour-long radio program is heard on Classical 90.5 on Sundays at 12 p.m., as well as on more than 200 other stations nationwide. The show will be presented by UApresents as part of its 2012-2013 season.

Of the more than 100 musicians chosen to appear on the radio program every year, approximately 20 will receive Jack Kent Cooke Young Artist Awards in support of furthering their musical education. These up to $10,000 scholarships are given to deserving young classical musicians between the ages of 8-18 who have high levels of artistic achievement, demonstrated financial need and a solid academic record.

In addition, all performers on the radio show participate in From the Top's Center for the Development of Arts Leaders (CDAL), which offers leadership training and mentoring, enabling pre-collegiate musicians to take their music beyond the concert hall to diverse audiences in school and community settings.

Application and scholarship information is available online at From the Top. Applications and recorded auditions are accepted continuously and on a rolling admissions basis.

From the Top live taping on Sunday, February 17, 2013 at 4 p.m. at Centennial Hall on the University of Arizona campus.

About UApresents
UApresents, the University of Arizona’s professional performing arts presenter, brings the world’s finest classical, jazz, dance and world music events to Southern Arizona each year. The 2012-2013 season features Bonnie Raitt, Lang Lang, Carol Burnett, David Sedaris, Wynton Marsalis and the Jazz at Lincoln Center Orchestra, MOMIX, the Broadway musical “FELA!,” and more. Most performances are held at historic Centennial Hall which celebrates 75 years of performances on the University of Arizona campus in 2012. Since opening in 1937, greats such as Dr. Martin Luther King, Jr., John F. Kennedy, Jackie Robinson and Liza Minnelli have graced the stage and the tradition continues this season. For more information, visit: UApresents

The Dave Stryker Quartet kicks off the 2022 Tucson Jazz Festival. Adia Barnes on Teamwork and Motherhood. How A.J. Croce connected with his father through the music they loved.
By posting comments, you agree to our
AZPM encourages comments, but comments that contain profanity, unrelated information, threats, libel, defamatory statements, obscenities, pornography or that violate the law are not allowed. Comments that promote commercial products or services are not allowed. Comments in violation of this policy will be removed. Continued posting of comments that violate this policy will result in the commenter being banned from the site.