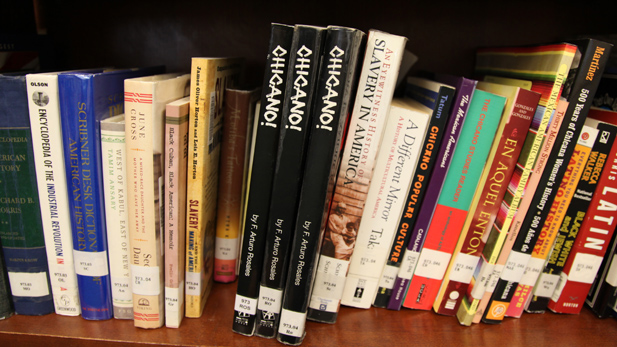 The law used to shut down the classes is known as its bill number, HB 2281.

The constitutionality of the law was challenged by students and teachers from TUSD who asked a federal judge to strike it down for violation of free speech. Their request was denied in a court document filed late Friday.

"This is a victory for ensuring that public education is not held captive to radical, political elements and that students treat each other as individuals - not on the basis of the race they were born into,” Arizona Attorney General Tom Horne said in a written statement.

Horne wrote the law when he was the Arizona School Superintendent.

An independent administrative law judge found the Mexican American Studies classes at TUSD presented material in a "biased, political, and emotionally charged manner" and teaching in such a manner "promotes racial resentment."

TUSD’s Mexican American Classes Under State Scrutiny Again TUSD Board Nixes Multicultural Objection Book Club Discusses Literary Works No Longer Taught At TUSD
By posting comments, you agree to our
AZPM encourages comments, but comments that contain profanity, unrelated information, threats, libel, defamatory statements, obscenities, pornography or that violate the law are not allowed. Comments that promote commercial products or services are not allowed. Comments in violation of this policy will be removed. Continued posting of comments that violate this policy will result in the commenter being banned from the site.