Homelessness Down in Arizona

Tucson's focus to get veterans off the streets contributes to decline in numbers. by Andrea Kelly TWEET SHARE 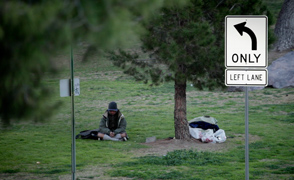 The U.S. Department of Housing and Urban Development said homelessness in Arizona has declined by about 24 percent in the past four years.

The numbers came from a report the department released based on an annual count of homeless people in U.S. cities.

Tucson has been focused on permanent housing, a model called "housing first," said Ophelia B. Basgal, the HUD regional administrator for Arizona.

“If you move towards putting people into permanent housing, that often solves the problem,” she said.

Another model is rapid rehousing.

“Let’s say you’re about to be evicted because you can’t pay your utility bill, or something else is likely to make you homeless. It’s more effective to put dollars there to keep people in housing, so that they don’t become homeless and get into a cycle," Basgal said.

New Computer System to Help Connect Homeless People With Services Homeless Families in Need of Shelter on Cold Nights Hard Freeze Warning for Southern Arizona
By posting comments, you agree to our
AZPM encourages comments, but comments that contain profanity, unrelated information, threats, libel, defamatory statements, obscenities, pornography or that violate the law are not allowed. Comments that promote commercial products or services are not allowed. Comments in violation of this policy will be removed. Continued posting of comments that violate this policy will result in the commenter being banned from the site.