Report: Colorado River Most Endangered River in US 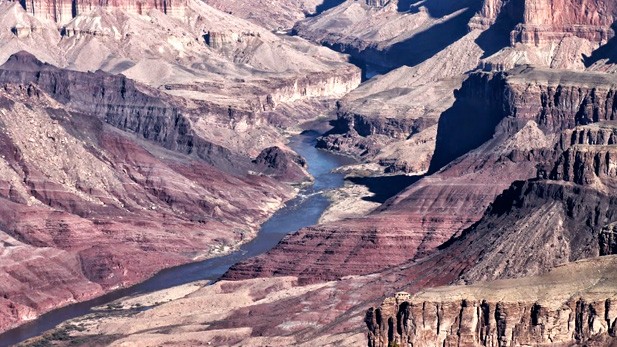 A report from environmental group American Rivers lists the Colorado River as the most endangered river in the U.S.

The report points to three factors endangering the Colorado.

The first is the increased water usage that would come from a large commercial development in Tusayan. That development would add commercial buildings and 2,200 homes to an area that currently has fewer than 1,000 residents.

The second is increased pollution from a project known as The Escalade. The Escalade would be built at the confluence of the Colorado and Little Colorado rivers on the park's east side.

The third factor is water contamination from uranium mines in the area.

While experts say these issues may not have a large effect on Colorado River usage downstream, damage done to the river in the Grand Canyon is a statewide problem.

“It’s a major economic factor, as well as important economically and in terms of our state identity," said Susanna Eden, assistant director of the University of Arizona’s Water Resource Research Center. "Anything that has an impact on that reach of the river deserves attention by everyone in the state.”

Utah Wants to Pipe Water 140 Miles from Lake Powell EPA Rule Could Protect Tucson's Washes; Businesses Object Republicans: Grand Canyon Needs No New Protection
By posting comments, you agree to our
AZPM encourages comments, but comments that contain profanity, unrelated information, threats, libel, defamatory statements, obscenities, pornography or that violate the law are not allowed. Comments that promote commercial products or services are not allowed. Comments in violation of this policy will be removed. Continued posting of comments that violate this policy will result in the commenter being banned from the site.