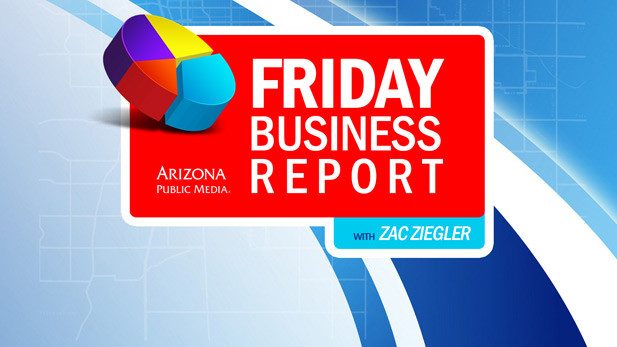 The Friday Business Report with AZPM's Zac Ziegler and Inside Tucson Business Editor Thelma Grimes examines the views expressed by two government leaders from the suburban communities in Pima County on the upcoming county bond package, which puts more than $800 million in funding up to public vote.

Mayor of Marana Ed Honea expressed extreme displeasure in what he sees as Pima County's inability to plan road maintenance money into its budget, telling Grimes in a recent Inside Tucson Business article his stance is "no, no and hell no."

Oro Valley Town Councilman Will Garner also voiced doubt in the county's plan. Both said their communities have planned road work funds into their budgets.

Garner sees the division of the bond into seven separate votes, instead of one, as flawed.

Arizona Tourism on the Rebound What's City Bond Rate Downgrade Mean? The Local Role of the Export-Import Bank
By posting comments, you agree to our
AZPM encourages comments, but comments that contain profanity, unrelated information, threats, libel, defamatory statements, obscenities, pornography or that violate the law are not allowed. Comments that promote commercial products or services are not allowed. Comments in violation of this policy will be removed. Continued posting of comments that violate this policy will result in the commenter being banned from the site.