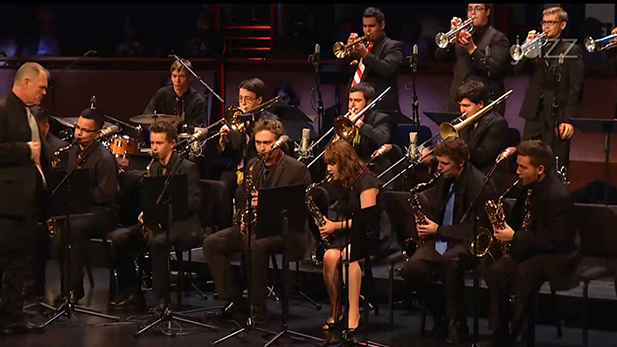 It is the premier competition for high school jazz bands, and the Tucson group won the national event in 2013 and 2014.

“You don’t know if they’re going to actually be able to produce what you’re asking them to produce, and they did," Tidaback said. "They were so inspiring. I mean, it was a big win for us, and I’m so pleased with this band."

The institute will end its year with a 2 p.m. Sunday performance at Utterback Magnet Middle School, 3233 S. Pinal Vista in Tucson. Tickets for the concert can be purchased online

View the Emmy-nominated segment on the band's preparations to attend the 2014 competition:

Tucson Jazz Institute Wins National Title for 3rd Time CDO High's Academic Decathletes Going to Nationals 17,000 Expected at Tucson Jazz Festival, Opening Thursday
By posting comments, you agree to our
AZPM encourages comments, but comments that contain profanity, unrelated information, threats, libel, defamatory statements, obscenities, pornography or that violate the law are not allowed. Comments that promote commercial products or services are not allowed. Comments in violation of this policy will be removed. Continued posting of comments that violate this policy will result in the commenter being banned from the site.