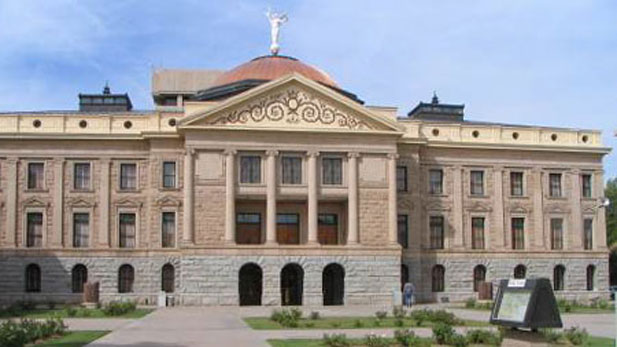 A non-profit group is teaching local residents how to get their voices heard in Phoenix.

On a weekday evening at the YWCA in Tucson’s Menlo Park, members of the Arizona Justice Alliance are discussing a scenario which could make the average voter a little nervous: sitting discussing policy face-to-face with an elected official.

The AJA is a statewide coalition of non-profits that lobbies for change to the prison system in Arizona. They wanted to get more residents politically motivated, especially those who might feel disenfranchised by the system, so they began holding legislative advocacy training session earlier this year.

“We felt that, if people are reluctant to talk with their elected officials, don’t know how, feel like they don’t have the facts, then really what’s needed is just some training in how to do that," said Caroline Isaacs, the program director at the American Friends Service Committee, Arizona. The group is part of the AJA, and Isaacs is one of the advocacy-training advisors.

She said coaching the average voter in how to get a meeting with their representative isn't hard. She said the difficult part is convincing someone that their personal experiences are valuable.

“I think that people are hopefully, pleasantly surprised that the process is as straightforward as it is," Isaacs said. "That it’s not rocket science, that it’s pretty much like getting any other meeting... I think the biggest hurdle for folks is that they think they have to be experts in some way in order to justify their speaking on a subject. And that is not the case."

Stefanie Mach represents Tucson’s District 10 in the Arizona State Legislature. She said hearing from residents in her district is an essential part of how she votes on legislation.

Mach said voters shouldn’t be shy to discuss controversial issues with elected officials, but the tone of the conversation is crucial.

“The biggest thing is really to approach us," Mach said. "We’re people. We have good days, we have bad days, but we want to hear from you. You deserve to be heard because you are a member of this community. And no matter what your experience is, we’ll have an exchange, which means I’ll learn from you and hopefully I can teach you something as well."

The AJA's advocacy training focuses on criminal justice issues, but Isaacs said the sessions are not politically divided.

“It’s absolutely critical that folks know that this is a completely non-partisan process," Issacs said. "The point of this is for us to speak to our entire state legislature and inform everyone of the myriad of views that their voters hold."

From March to Movement Oro Valley Students Help Pass Law Making Copper State's Metal Legislative Roundup: Elections Changes, Predicting Crime
By posting comments, you agree to our
AZPM encourages comments, but comments that contain profanity, unrelated information, threats, libel, defamatory statements, obscenities, pornography or that violate the law are not allowed. Comments that promote commercial products or services are not allowed. Comments in violation of this policy will be removed. Continued posting of comments that violate this policy will result in the commenter being banned from the site.