From stand-up to acting, writing, directing and producing, veteran comic says he feels lucky to create and explore in different mediums. by Mark McLemore TWEET SHARE 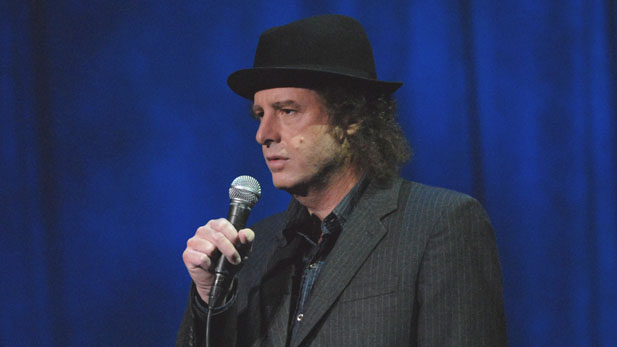 When Steven Wright first appeared on The Tonight Show in 1982, he caught the audience off guard with his methodical, understated delivery and bizarre subject matter. He definitely stood out from the crowd.

Today, Wright is often cited as a major influence on many of the most popular comics of the decade.

He has continued to expand his comic vision as an actor, writer, director and producer -- even earning an Oscar in 1989 for the short film The Appointments of Dennis Jennings.

Steven Wright performs in Tucson Friday, November 13th at The Rialto Theater, which gave Mark McLemore a chance to ask him about how it all started...

This Tucsonan Was 'Saved By Standup' Love, Christmas and Guns "Nebraska" Stars Bruce Dern and Stacy Keach
By posting comments, you agree to our
AZPM encourages comments, but comments that contain profanity, unrelated information, threats, libel, defamatory statements, obscenities, pornography or that violate the law are not allowed. Comments that promote commercial products or services are not allowed. Comments in violation of this policy will be removed. Continued posting of comments that violate this policy will result in the commenter being banned from the site.