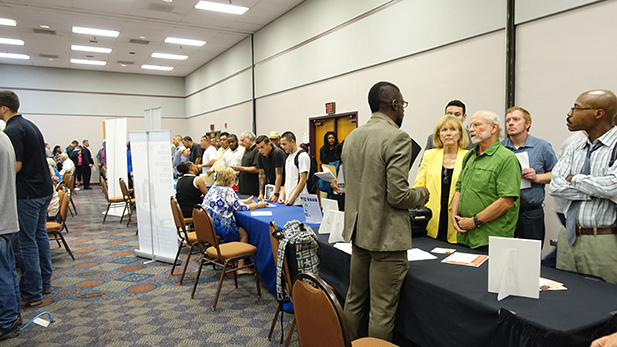 The Great Recession took a toll on the job market, and it has been in recovery ever since.

That changed last month, according to a report from the Arizona Department of Administration.

The state had 2,200 more jobs in February 2016 than it did at the prerecession peak.

The same cannot be said of Tucson.

Tucson has recovered 76.4 percent of the jobs lost in the Great Recession. 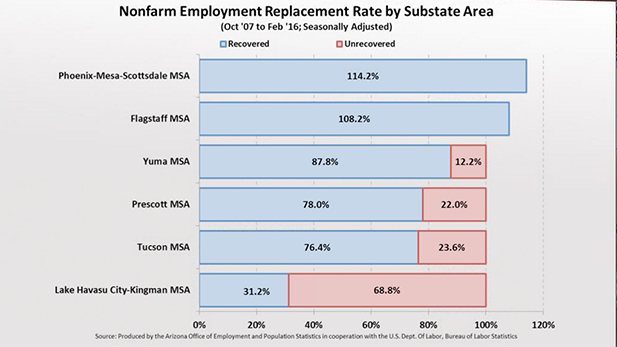 Tucson has one of the worst recovery percentages of the metropolitan areas in Arizona, ahead of only Lake Havasu City-Kingman MSA, an area that report authors said is more closely tied to the economy of Las Vegas, Nev. than Arizona.

The report also showed a 0.1 percentage point drop in Arizona's unemployment rate, which is now 5.5 percent.

Over the year, Arizona's nonfarm employment has grown by 3 percent, with the private sector accounting for all job gains. Government employment has dropped by 2,400 jobs in the past year.

Arizona Unemployment Rate Reaches Post-Recession Low Pima County may stop COVID-19 testing Report: Arizona on track for 11% jobs increase over 2 years
By posting comments, you agree to our
AZPM encourages comments, but comments that contain profanity, unrelated information, threats, libel, defamatory statements, obscenities, pornography or that violate the law are not allowed. Comments that promote commercial products or services are not allowed. Comments in violation of this policy will be removed. Continued posting of comments that violate this policy will result in the commenter being banned from the site.