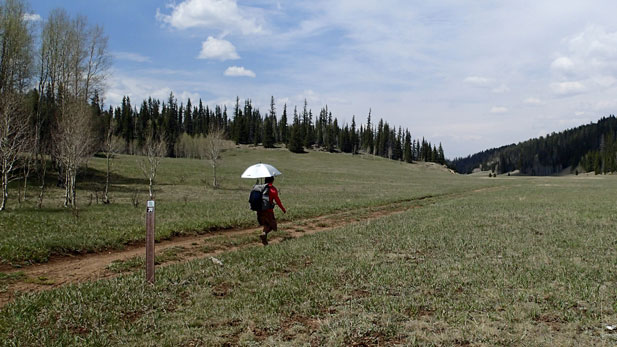 Arizona is one of the few states that has a national scenic trail, and Tucson resident Sirena Dufault discovered it by serendipity.

After getting hit by a car in the 1990s, Dufault developed fibromyalgia, a chronic pain condition that also caused her depression and fatigue.

In an effort to improve her life, she started to walk with her dog Zeus. 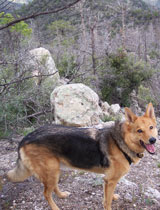 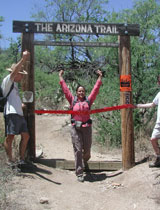 Little by little, Dufault began an emotional and physical transformation with her faithful canine companion by her side.

"Over the years I got stronger and I noticed the more I was outside the better I felt," she said.

In 2007, ten years after the accident, Dufault was looking for something to do in the community of Oracle north of Tucson when someone suggested she try a segment of the Arizona National Scenic Trail.

She did, hiking all day and making a discovery that would change her life.

She decided to volunteer for the Arizona Trail Association, which oversees the trail as part of a multi-agency cooperative effort.

Eventually she was hired by the group.

Since then, she has traveled the state and other parts of the country to share information and awareness about the trail.

It spans more than 800 miles from the border with Mexico to the Utah state line and traverses habitats such a deserts and grasslands, pine forests and the Grand Canyon.

It is open to bicyclists, equestrians and pedestrians, and Dufault has hiked it twice.

The first time was in segments in 2008 and 2009, prior to being employed by the association.

She did it again in 2014 as a through-hike, a one-way, ten-week intensive adventure to raise awareness about the trail.

Dufault said users don't have to do the trail at once- they can explore different segments throughout the state.

The trail association's website has maps, tips and other information for those who want to try it out or volunteer. 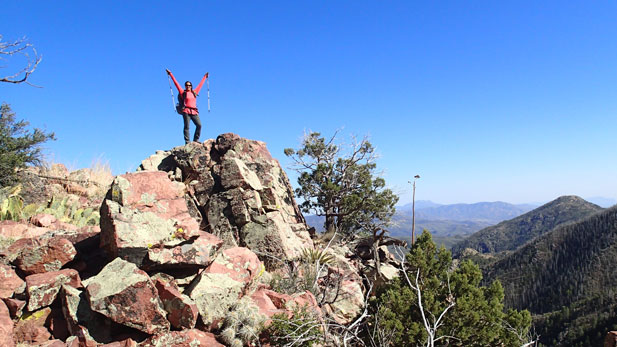 Hiking and Poetry on the Arizona National Scenic Trail First Day Hikes Celebrates 60th Year in Arizona State Parks Saguaro Park Seeking Help with Buffelgrass Removal
By posting comments, you agree to our
AZPM encourages comments, but comments that contain profanity, unrelated information, threats, libel, defamatory statements, obscenities, pornography or that violate the law are not allowed. Comments that promote commercial products or services are not allowed. Comments in violation of this policy will be removed. Continued posting of comments that violate this policy will result in the commenter being banned from the site.