With a rise in pedal traffic, the chance for car-bicycle crashes also goes up. by Maritza Dominguez, AZPM Intern TWEET SHARE 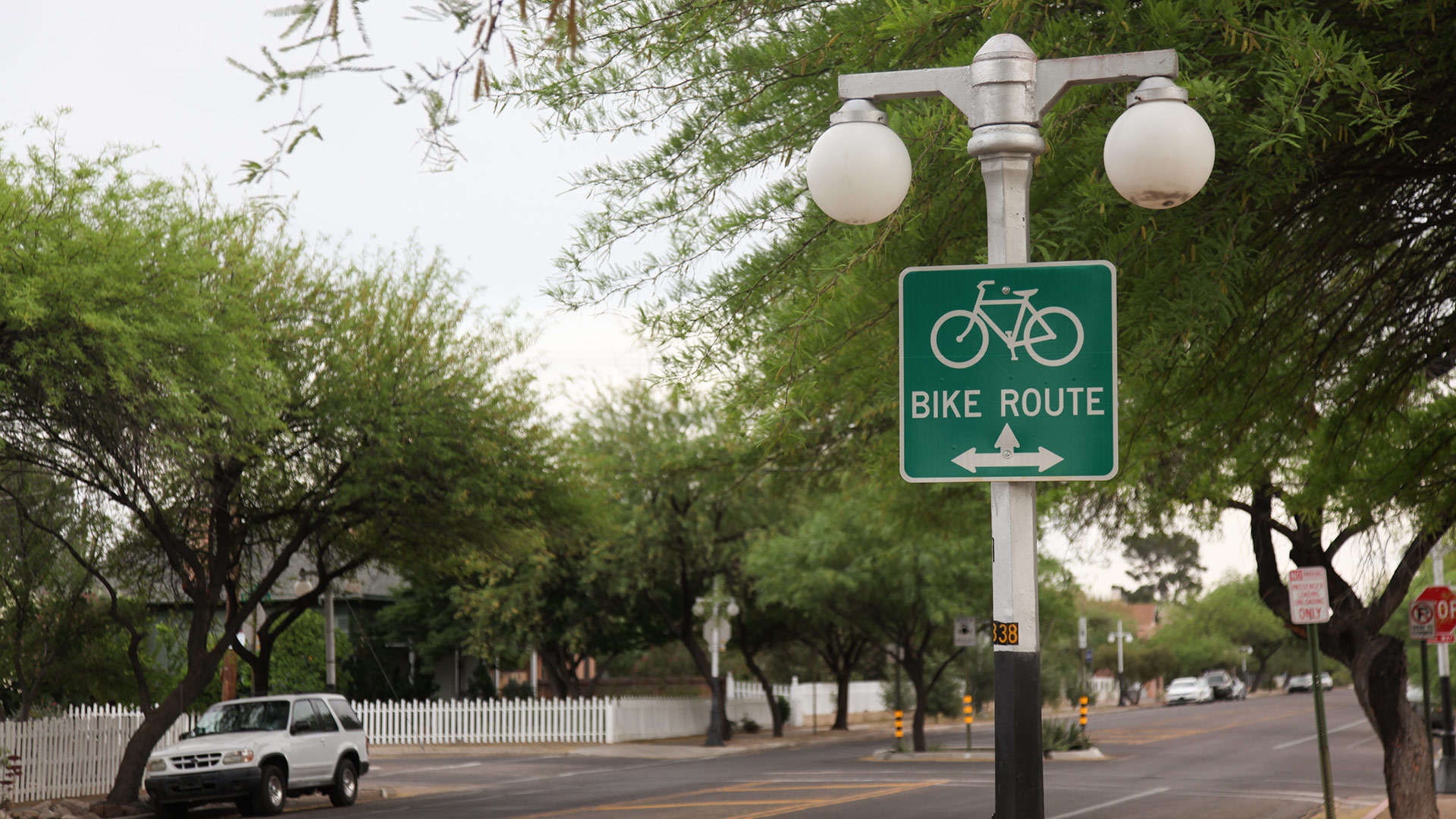 A bike lane in the Armory Park neighborhood
Nick O'Gara/AZPM

More people are taking to pedaling their way around Tucson, and that’s increasing the potential for bicycle and car crashes. To help minimize them, Pima County is teaching cyclists how to ride more safely.

Bicyclists learn traffic skills, including making left turns, and maneuvering close calls in the classes offered by the county. A lecture is followed by a bike ride to put learned skills into action. Cyclists who take the classes are more confident, said instructor Donna Lewandowski.

“They’re better able to navigate even roadways that maybe before they thought were too dangerous now they find that they’re able to ride on them safely. It’s a real confidence builder, these classes, as well as making people safer.”

Lewandowski said communication is key for drivers and cyclists.

“Communicate with the cyclists around you. Use you’re turn signals. Let them know what you’re going to do next, and hopefully they return that favor and let you know what they’re going to do next. So I really think its communication and respect what we’re looking for out there.”

Classes are free and are offered several times a month.

Take a Dip: Tucson-Area Swim Pools Open for Summer Tucson's Cyclovia Not Just For Cyclists Tucson Unveils Bicycle Boulevard Plan for Safe Streets
By posting comments, you agree to our
AZPM encourages comments, but comments that contain profanity, unrelated information, threats, libel, defamatory statements, obscenities, pornography or that violate the law are not allowed. Comments that promote commercial products or services are not allowed. Comments in violation of this policy will be removed. Continued posting of comments that violate this policy will result in the commenter being banned from the site.