McSally: 'Momentum Is There' for Republicans to Pass Tax Reform

The Southern Arizona Republican said now is the time to rewrite the tax code. by Christopher Conover TWEET SHARE 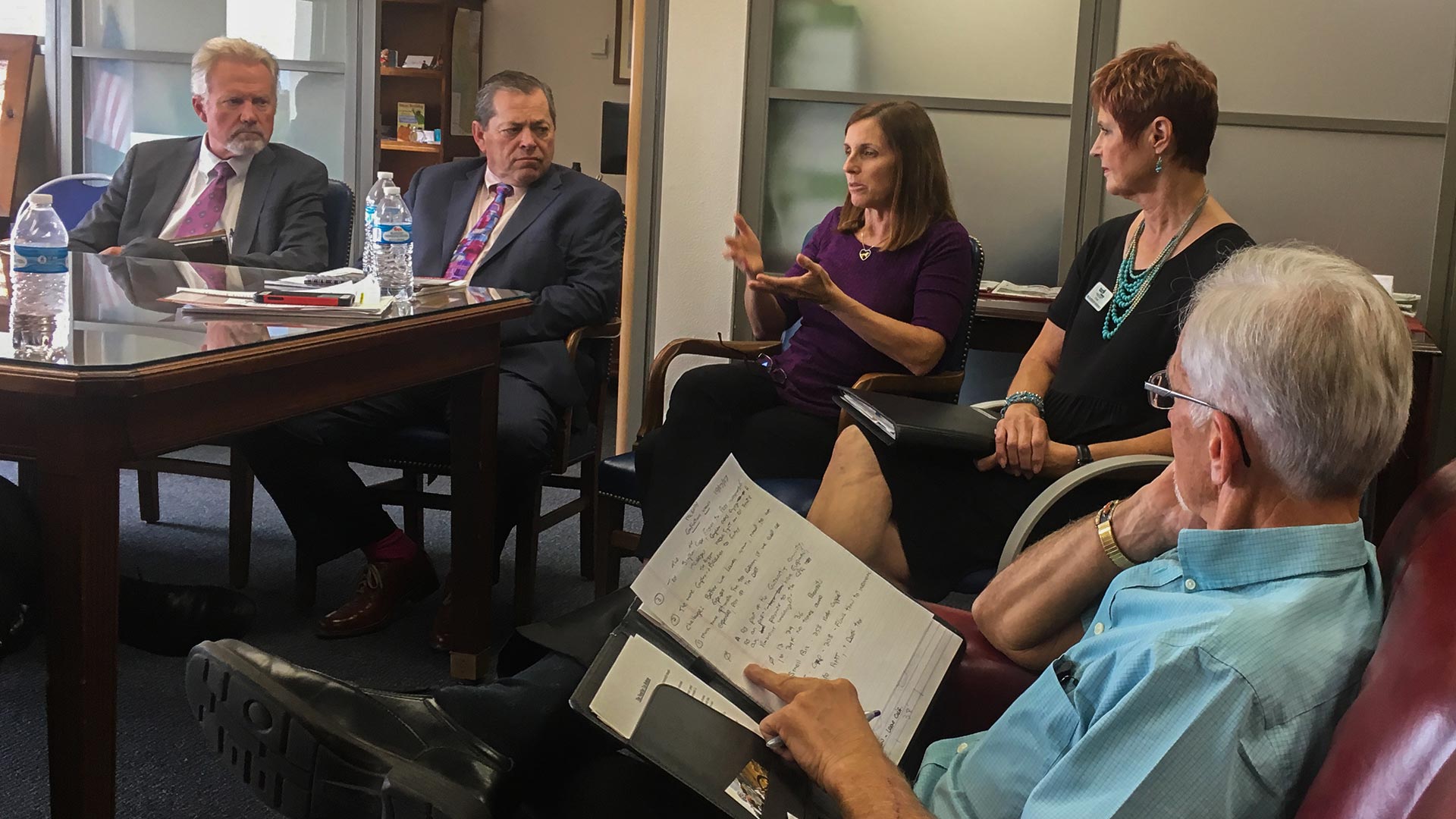 Rep. Martha McSally said on Wednesday that now is a “once-in-a-generation chance” to pass tax reform.

The Southern Arizona Republican said the current tax code is too complicated and ties the hands of small businesses.

She met Tuesday with more than a dozen members of the Southern Arizona business community to hear their thoughts on changes to the tax code.

“The expectation and the momentum is there for us to do this,” said McSally. “It is the right thing to do for economic growth for the middle class and for small business.”

McSally said there is also a political reason to pass tax reform.

“We as Republicans also need to show that we are governing and we can get some things done,” she said.

It has been 30 years since the U.S. tax code was last rewritten. Since that time, the nation has shifted to a more global economy, said McSally.

She said the money corporations are leaving overseas needs to be brought back to the U.S.

“That could be a tremendous boost to our economy, but also then incentivize [corporations] to invest more in American jobs, invest more in capital and wages and other things in America,” explained McSally.

McSally is part of the bipartisan “Problem Solvers Caucus.” She hopes she can work on a tax reform measure that gets support from both parties.

Congressional leaders hope to have a tax reform proposal ready for a vote by the end of the year or the first few months of 2018.

Volunteers Offer Tax Help as Filing Deadline Nears McSally in Tucson Won't Comment on Senate Race Reps, Strategists Expect McSally to Announce Senate Candidacy
By posting comments, you agree to our
AZPM encourages comments, but comments that contain profanity, unrelated information, threats, libel, defamatory statements, obscenities, pornography or that violate the law are not allowed. Comments that promote commercial products or services are not allowed. Comments in violation of this policy will be removed. Continued posting of comments that violate this policy will result in the commenter being banned from the site.