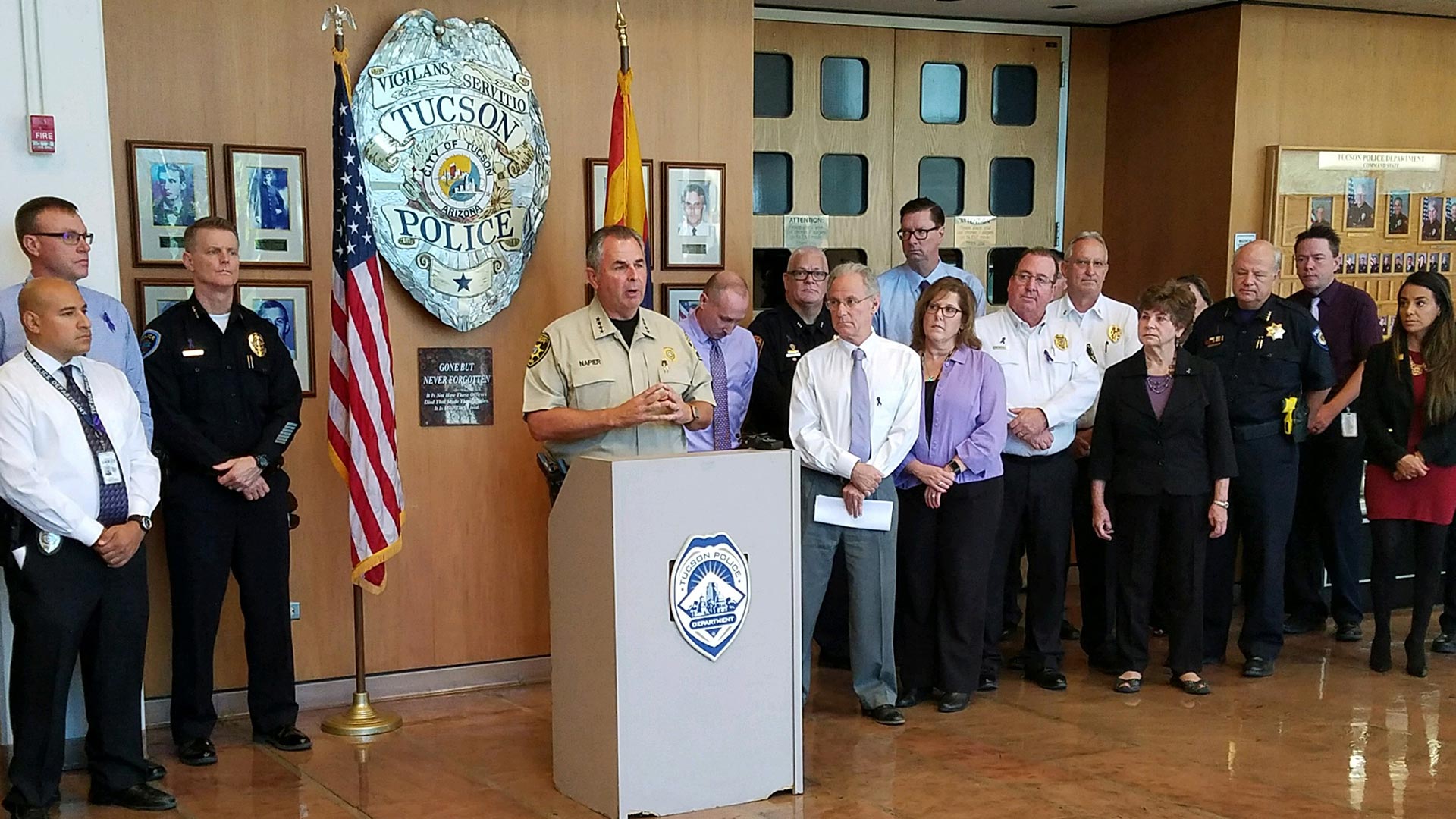 Heads of law enforcement, elected officials and the nonprofit sector gathered at the Tucson Police Department station near downtown to lend their support to a day meant to raise awareness of domestic violence in Pima County.

The event, headed by Emerge Center Against Domestic Violence, asked Tucsonans to help by wearing purple on Thursday, Oct. 19.

“We, the community, have a role in not just acknowledging that it exists, but in changing it,” said Emerge CEO Ed Mercurio-Sakwa. “Changing our culture, changing what’s acceptable, changing what we teach our children — all of those things that will ultimately create additional safety.”

Prosecutor Says New Domestic Violence Protocol Will Save Lives Youth Crossing Gender Borders, Episode 4: Riding the Ambiguity Train Pima County election equipment gets OK from state
By posting comments, you agree to our
AZPM encourages comments, but comments that contain profanity, unrelated information, threats, libel, defamatory statements, obscenities, pornography or that violate the law are not allowed. Comments that promote commercial products or services are not allowed. Comments in violation of this policy will be removed. Continued posting of comments that violate this policy will result in the commenter being banned from the site.