Warm and dry, for the southern half of the country, but not enough to break the top 10, meteorologists predict. by Sara Hammond TWEET SHARE 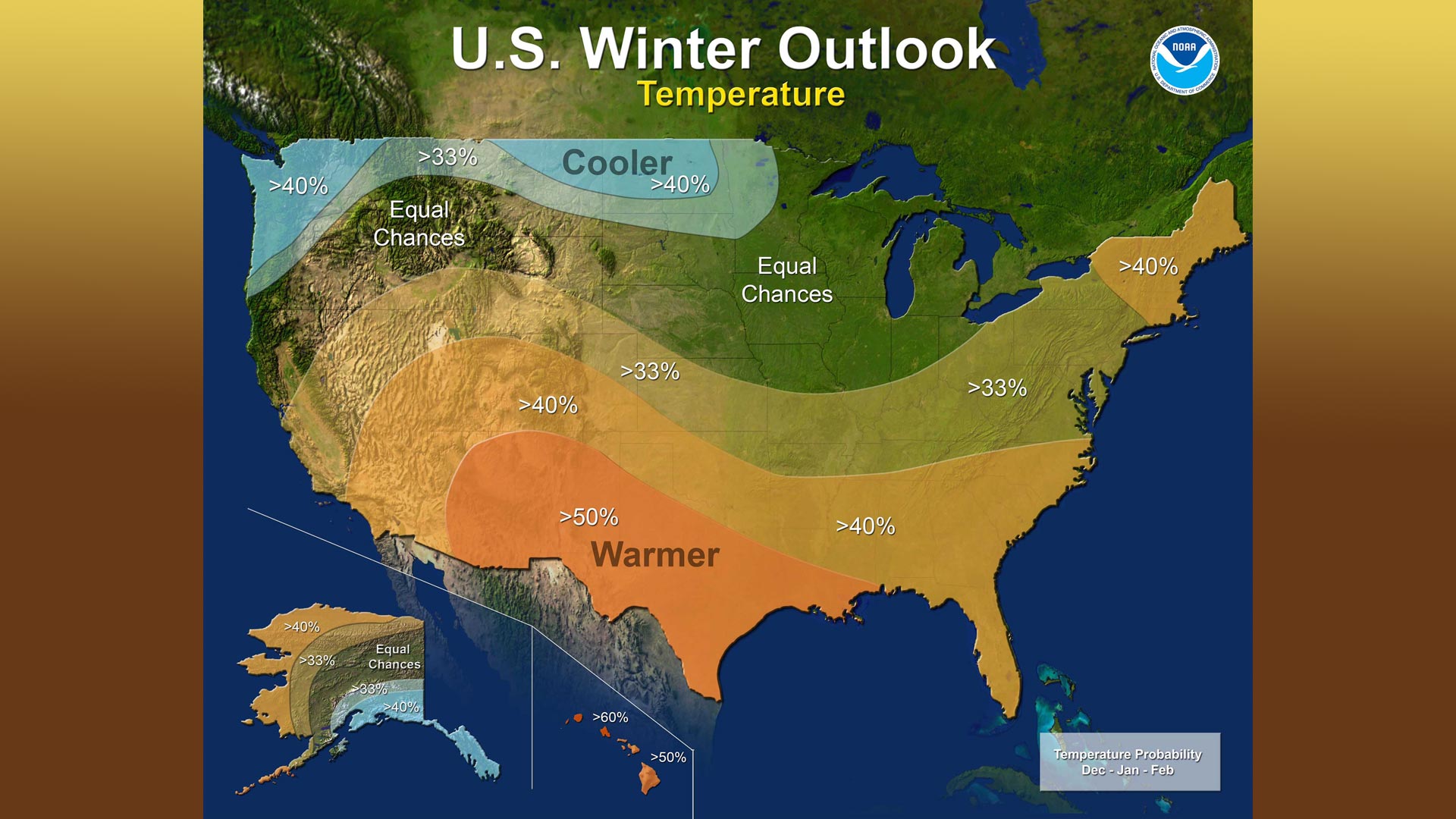 With temperatures predicted to be in the 90s for the next week, it’s hard to think about the upcoming winter season, still two months away. But national climate forecasters say Southern Arizona can expect a mild winter.

Experts from the National Oceanic and Atmospheric Administration released their winter outlook Thursday for December through February.

“These are probabilistic forecasts, and at this point we favor warm and dry,” said Mike Halpert, deputy director of NOAA's climate prediction center.

The Pacific Ocean is a bit cooler than normal right now, which produces dry, sinking air. That means the southern half of the country will face drier-than-normal conditions. Temperatures will be warmer than normal for the southern two-thirds of the continental U.S.

But forecasters said the 2017-18 season nationally is not expected to be in the top 10 for warmth, a difference from the past two winters. Last year was the sixth-warmest winter on record. The 2015-16 winter ranks as the warmest.

Thanksgiving High Temp Could be Hottest on Record in Tucson Weather Service Rolling Out More Precise System for Dust-Storm Warnings Study: Most Americans Face Growing Number of Extreme-Heat Days
By posting comments, you agree to our
AZPM encourages comments, but comments that contain profanity, unrelated information, threats, libel, defamatory statements, obscenities, pornography or that violate the law are not allowed. Comments that promote commercial products or services are not allowed. Comments in violation of this policy will be removed. Continued posting of comments that violate this policy will result in the commenter being banned from the site.