Saguaro Genome Shows Why Many Cactus Species Are Hard to Classify

Researchers believe that long lives and long generation times have led to mismatches in the history of species. by Nicholas Gerbis, Arizona Science Desk TWEET SHARE 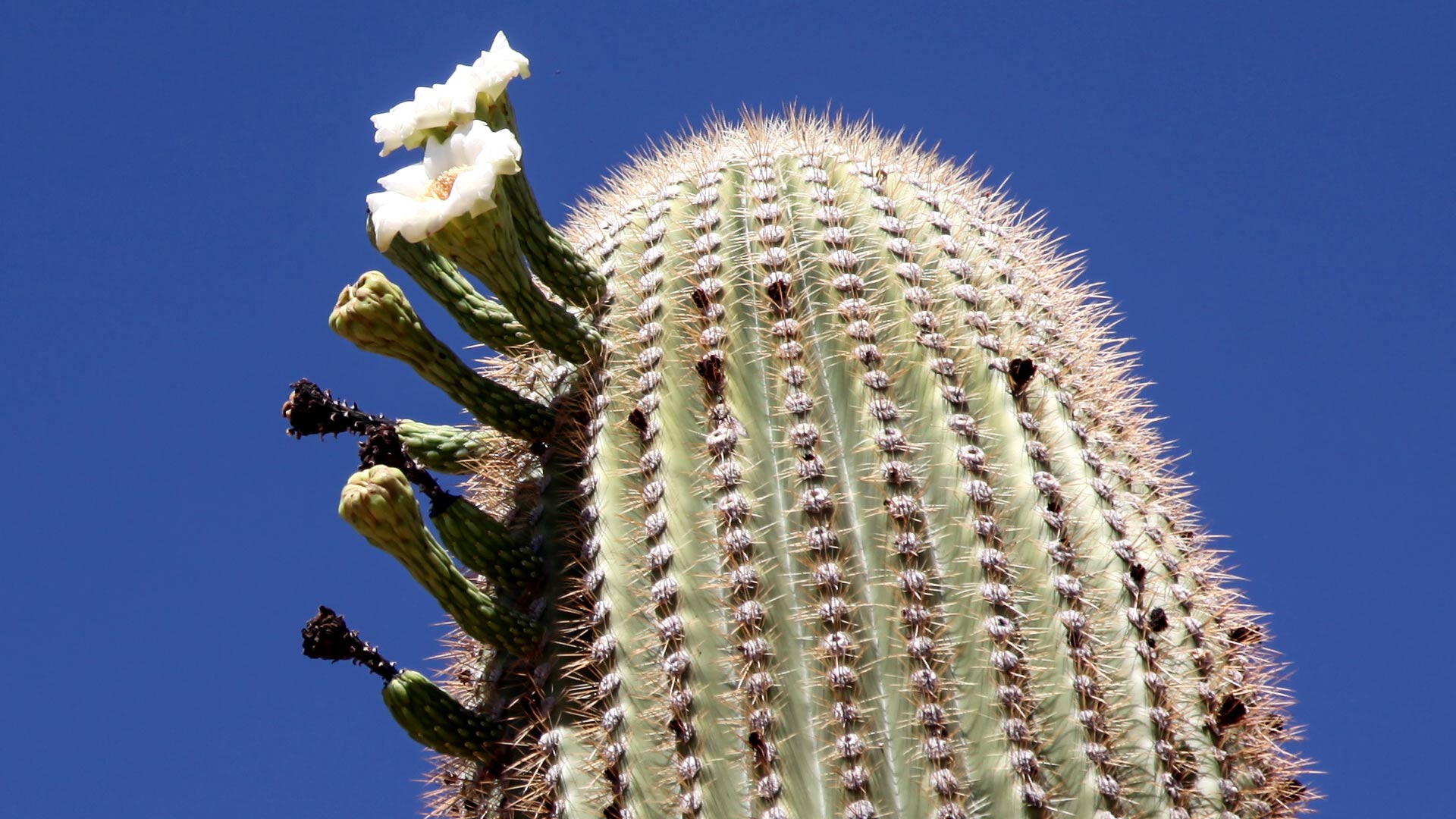 Researchers have found a genetic pattern in the saguaro and its cousins that could explain why many cactus species resist simple classification.

The paper appeared in the Oct. 23 online edition of PNAS.

But plants like the cactus are tricky. Distant relatives can look like twins or evolve similar traits, thanks to phenomena like parallel and convergent evolution, both of which entail species evolving the same traits independently of one another.

“So many species of cacti are so similar to one another and difficult to tell apart that there remain a very large number of mysteries in the diversity of cacti,” said Mike Sanderson, UA evolutionary biologist and senior author on the paper.

“What is the closest relative to the saguaro cactus? That has not been clear,” Sanderson said.

To test the hypothesis that rampant convergent and parallel evolution might partially explain why some cacti are so difficult to classify, Sanderson and his colleagues sequenced the genomes of four large columnar cacti found in Mexico and nearby areas.

Taken from the genera Pachycereus, Lophocereus and Stenocereus, these included the Sonoran Desert saguaro (Carnegiea gigantea).

To provide a baseline for comparison, the team also sequenced a more distant saguaro relative: a leafy, shrub-like tropical cactus from the genus Pereskia.

Their findings revealed another cause for the cactus confusion: a mismatch between species history, the evolutionary family tree and genetic history, the fate of each gene variant as it was passed on, or lost, in each branch.

This mismatch, or hemiplasy, is a relatively new concept, one that arose over the past decade thanks to data made available by the genomic revolution.

"This seems to be exceptionally bad in these long-lived cacti, and may in part explain why these puzzles have lingered — and why it's been hard to understand the closest relatives of various groups of these cacti," Sanderson said. 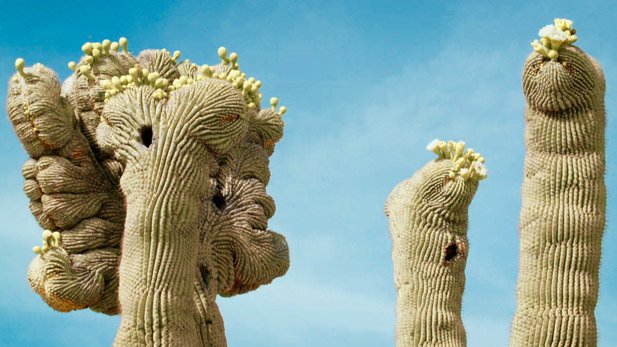 It's logical to imagine that genetic history would march in lockstep with evolutionary branching. It makes sense that humans, for example, would mainly share gene variants, or alleles, with their recent common ancestors like chimps or bonobos.

But that need not always be the case. With hemiplasy, we could end up sharing an allele or two with a cousin whose branch diverged further back in time, such as the gorilla, even if chimps and bonobos lack that variant.

Sanderson and his colleagues realized that this genomic mosaic might help explain the often confusing array of traits found among cactuses.

“Since those genes affect those traits, the fact that they have histories that don't match the history of the species means that the traits that you're looking at can actually be sort of scrambled with respect to what you might expect,” said Sanderson.

The researchers believe that cactuses' long lives and long generation times might help to explain their high rate of hemiplasy: The longer an organism lives, and the longer it takes to spawn a new generation, the fewer generations occur within a given period. That leaves fewer opportunities for nature to sort things out.

"I see this work as a step in the direction of understanding how plants have evolved to cope with absolutely extreme environments," Sanderson said.

Study Traces Citrus Family Tree to Foot of the Himalayas Honeybee Research Hints At How Microbes Spread Antibiotic Resistance Study: Saguaro Survival Sign of Climate Change Effect
By posting comments, you agree to our
AZPM encourages comments, but comments that contain profanity, unrelated information, threats, libel, defamatory statements, obscenities, pornography or that violate the law are not allowed. Comments that promote commercial products or services are not allowed. Comments in violation of this policy will be removed. Continued posting of comments that violate this policy will result in the commenter being banned from the site.