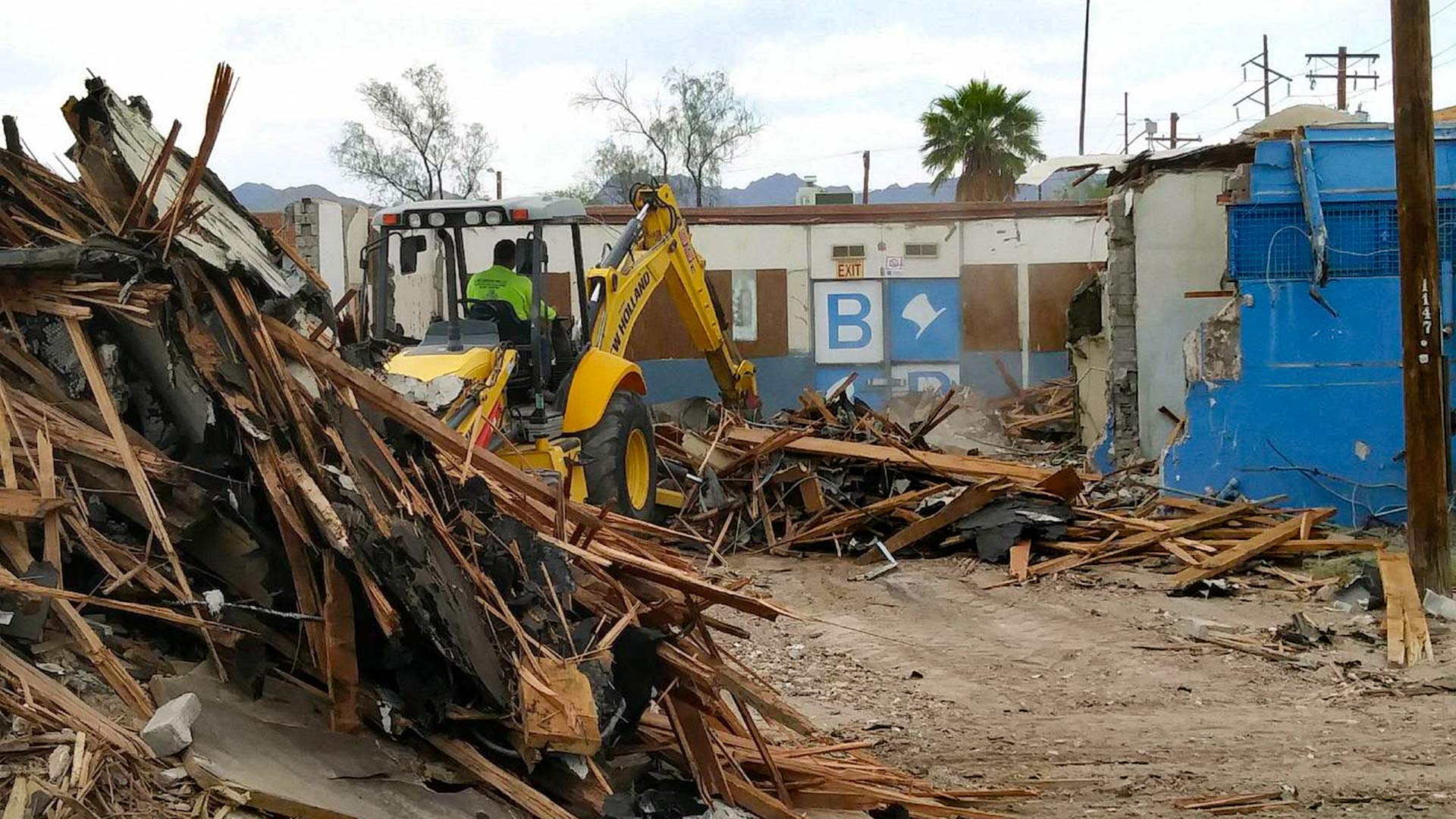 Tucson is losing a piece of its past. Workers are tearing down the Beau Brummel Social Club on Main Avenue north of Speedway.

The 77-year-old building stood as a reminder of Tucson's treatment of minorities.

The club and an adjoining motel drew black entertainers and professional athletes when they were denied entry to downtown Tucson establishments in the 1940's and 1950's. Historian Ken Scoville says it's important for people to remember the blemishes on Tucson's past.

"I think a lot of people think, well, 'Tucson was different.' No, Tucson, unfortunately, like everyplace in the U.S., had a legacy of that kind of attitude," he said. "We need historic places to connect with events. Now that it's going to be just a vacant piece of land, you just don't have that same connection."

The motel was demolished in 2006, but the club remained open and active up until November of last year. In 1974, director Martin Scorsese used the building as a location for the Oscar-winning film "Alice Doesn't Live Here Anymore."

Preservation Group Picks Mission San Xavier for Grant Program Group Wants Route 66 on List of National Historic Trails Visit Tucson Responds to City's Bad Rep on Some National Lists
By posting comments, you agree to our
AZPM encourages comments, but comments that contain profanity, unrelated information, threats, libel, defamatory statements, obscenities, pornography or that violate the law are not allowed. Comments that promote commercial products or services are not allowed. Comments in violation of this policy will be removed. Continued posting of comments that violate this policy will result in the commenter being banned from the site.