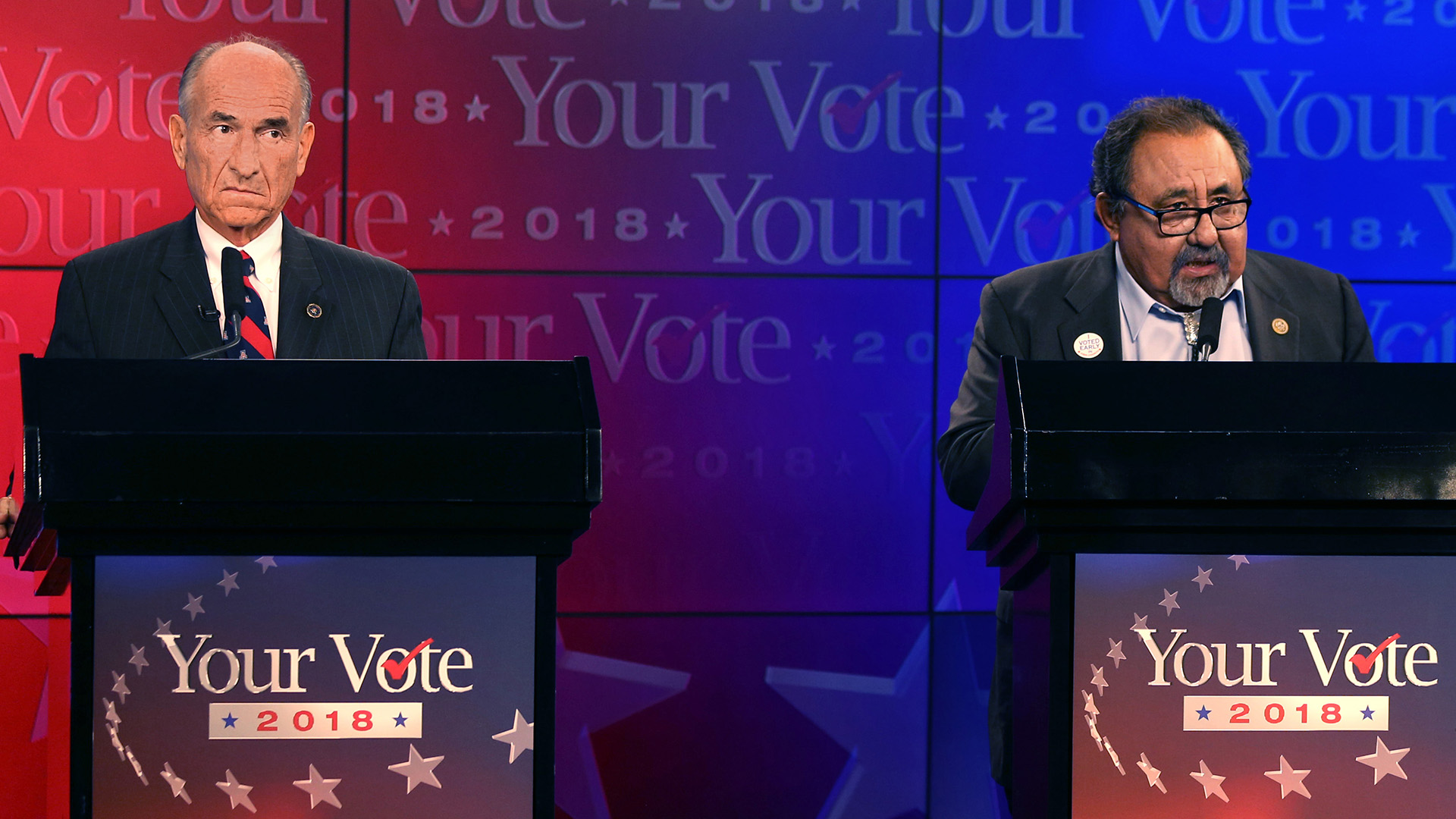 Both candidates running for office in Arizona's 3rd Congressional District see comprehensive reforms as the way to improve the nation's immigration system, but they don't agree on what that means.

Democratic incumbent Rep. Raúl Grijalva and Republican challenger Nicolas Pierson met for their second debate Wednesday night, each hoping to convince voters in the southwestern district of Arizona that they would do the best job representing the area in Washington, D.C.

The 3rd Congressional District shares 300 miles of border with Mexico, and includes the western part of the city of Tucson, Yuma, southern Phoenix suburbs.

Both candidates said comprehensive immigration reform is the solution. Here are their takes on that term:

Pierson said he has a "red, white and blue plan" which includes a path to citizenship for undocumented immigrants already in the country.

"The red plan would be where people can announce that they are here and there is going to be a moratorium on deportations. The white plan is where Congress will agree and pass and fund an impervious wall on the Mexico and U.S. border," Pierson said. "And three, when the wall, when the barrier, not the wall but the barrier is complete then the path to citizenship can be established so that everybody who is in our community can live here with dignity."

"The fundamental issue is building capacity within the countries that are sending people and people are fleeing. Build capacity, civil society, rule of law long term," Grijalva said. "Doing that, I think, does more to alleviate the pressure on the border in terms of people wanting to come here for the reasons I mentioned. Not doing anything and waiting for a wall is not going to solve the problem."

Grijalva said he thinks the federal government needs to take a proactive role in managing the river water as a resource many states rely on.

"The federal government needs to step in and provide guidance. The Colorado is a resource for 17 million people, countless businesses from here to Southern California and beyond, and so it is a resource that needs to be preserved," Grijalva said.

He also said he supports continuing a ban on uranium mining near the Grand Canyon to ensure water quality remains stable.

Conversely, Pierson said the federal government should not have a role in Colorado River water management.

"The water issue is a state issue that needs to be resolved between the participating states and the Central Arizona Project. I would prefer that the federal government not be involved," Pierson said.

But he said he would like the federal government to have a role in regulating water quality.

Grijalva is a national figure, one of the longest-serving Democrats in the U.S. House of Representatives. He uses that role often to speak in opposition to President Donald Trump's policies, and has been arrested for protesting some of those policies. When asked if those actions are a service to his district, he said they are.

"I wasn't elected to Congress to be a potted plant. I have a voice and I think that voice is representative of majority of the district and I use that voice. And to point out what Trump is doing in a variety of arenas I think is my responsibility," Grijalva said.

Pierson said that's not a good way to represent the district.

The two candidates also debated weeks earlier in Phoenix, and this was their final debate, sponsored by Arizona Public Media, KJZZ and The Arizona Daily Star.

CD2 Candidates at Odds on Southern Arizona Issues New letter asks Mexican officials to help stop border wall construction Electors, tribal leaders react to seizure of Capitol building
By posting comments, you agree to our
AZPM encourages comments, but comments that contain profanity, unrelated information, threats, libel, defamatory statements, obscenities, pornography or that violate the law are not allowed. Comments that promote commercial products or services are not allowed. Comments in violation of this policy will be removed. Continued posting of comments that violate this policy will result in the commenter being banned from the site.