A legend in his native South Africa, Clegg's own brand of Zulu music crosses racial and cultural boundaries with the goal of making people smile and dance. by Mark McLemore TWEET SHARE 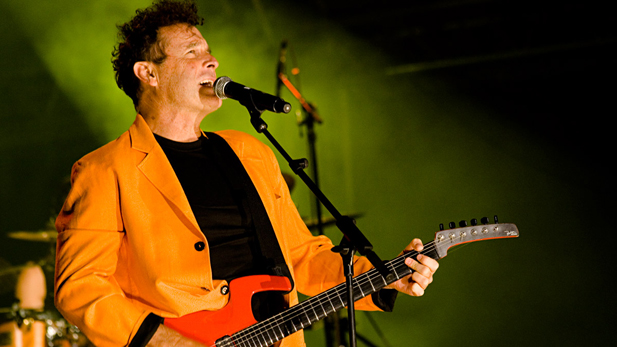 Since helping to establish the genre of "world music" starting with the first Juluka album in 1979, Johnny Clegg has stayed a very busy man. His band's current tour of the United States, the first in almost seven years, finds him performing what he calls "a smorgasbord" of tunes from throughout his career, in addition to the demanding Zulu dance for which he is famous. 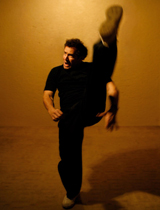 Often known as Le Zulu Blanc ("The White Zulu") for his heartfelt dedication to African culture, Johnny can also claim anthropologist, academic, activist and French knight on his list of accomplishments. He says that when he told his fellow professors at the University of the Witwatersrand in Johannesburg that he wanted to try committing to his music full-time, they wished him well and said he would never return to academia. Thirty years later, that prediction remains accurate.

In order to clarify what the word "Zulu" actually means, I asked Johnny to provide a definition, which he did in admirable style...

Bonus audio not included in the interview:

You can see Johnny Clegg and his band perform the song Asimbonanga, joined by surprise guest Nelson Mandela, in this video recorded in 1999:

"What I want the world to know about how I feel..." - young Tucson poets speak out. Arizona Spotlight for August 27, 2020 Author Craig Johnson talks about Sheriff Walt Longmire's "Next to Last Stand".
By posting comments, you agree to our
AZPM encourages comments, but comments that contain profanity, unrelated information, threats, libel, defamatory statements, obscenities, pornography or that violate the law are not allowed. Comments that promote commercial products or services are not allowed. Comments in violation of this policy will be removed. Continued posting of comments that violate this policy will result in the commenter being banned from the site.