A discovery could prompt a rethinking of how the solar system formed. by Nicholas Gerbis, Arizona Science Desk TWEET SHARE 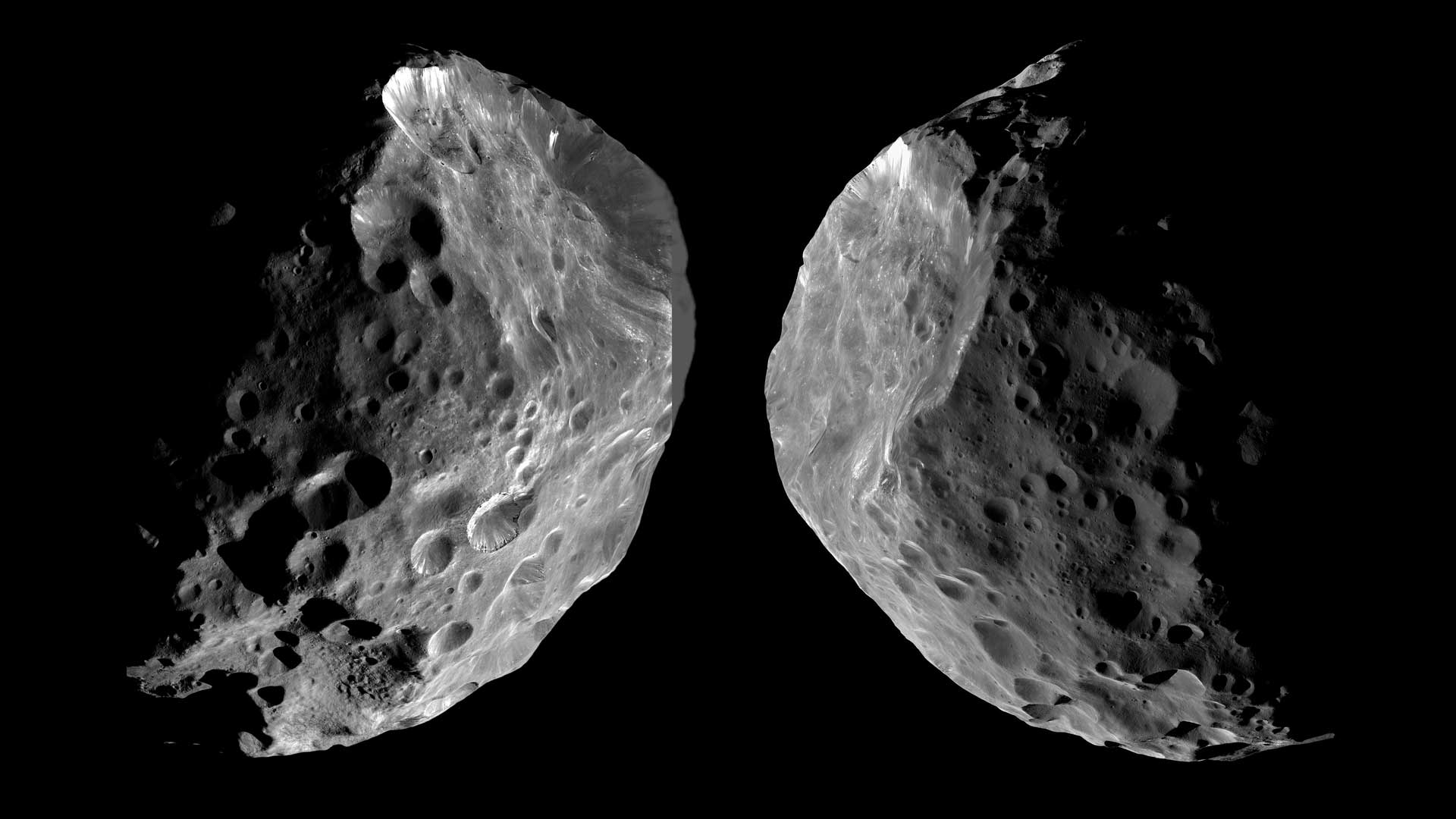 Data from the Cassini probe reveals that the water "fingerprint" of several rings and moons of Saturn is the same as that found on Earth.

The discovery could prompt a reassessment of how the solar system formed and where water originated.

The study appears in the journal Icarus.

From chemistry to carbon dating, ratios of isotopes — versions of elements with the same charges but different masses — provide vital clues to the origins of many things.

In our solar system, scientists can gauge where a planet or moon formed based on the proportion of its water that contains the hydrogen isotope deuterium.

Oddly, although the D/H ratio should increase with distance from the sun, Saturn's rings and moons sport the same ratio as Earth, which orbits the sun at one-tenth Saturn's distance.

"I just find it very intriguing that, if we went to Saturn and scooped up Saturn's rings, it would have the same deuterium-to-hydrogen (D/H) ratio as ocean water," said lead author Roger Clark of the Planetary Science Institute. 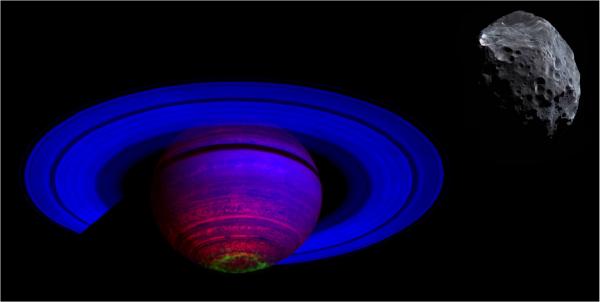 This ratio also resembles that found in carbonaceous chondrite meteorites, which at least one hypothesis holds supplied Earth with water and, possibly, the building blocks of life.

"These all point to a different model for the solar system formation where the water either has a common source, or there was a lot of mixing from inner to outer solar system," Clark said.

The makeup of Saturn's eighth-largest moon, Phoebe, only adds to the mystery. At 8.3 times average Earth-oceans levels, its D/H ratio is the highest yet measured in the solar system.

That implies that it must have formed far out in the solar system backwaters and later been captured by Saturn.

But because scientists don't currently have D/H water measurements for those outer reaches, they cannot say much more than that.

That could soon change, as missions such as NASA's Europa Clipper and the James Webb Space Telescope (JWST) launch with the same spectroscopy technology as was used in this research.

The more scientists can bracket in the isotopic ratios for other objects throughout the solar system, the clearer the picture should become.

"I'm hoping that JWST will be a quite successful, and we'll be able to measure not only satellites of Uranus, Neptune, Pluto, but comets and Kuiper belt objects," Clark said.

UA researchers receive grant to build new space telescope UA names Jedd Fisch new football head coach As Arizona becomes world hot spot, focus put on governor
By posting comments, you agree to our
AZPM encourages comments, but comments that contain profanity, unrelated information, threats, libel, defamatory statements, obscenities, pornography or that violate the law are not allowed. Comments that promote commercial products or services are not allowed. Comments in violation of this policy will be removed. Continued posting of comments that violate this policy will result in the commenter being banned from the site.