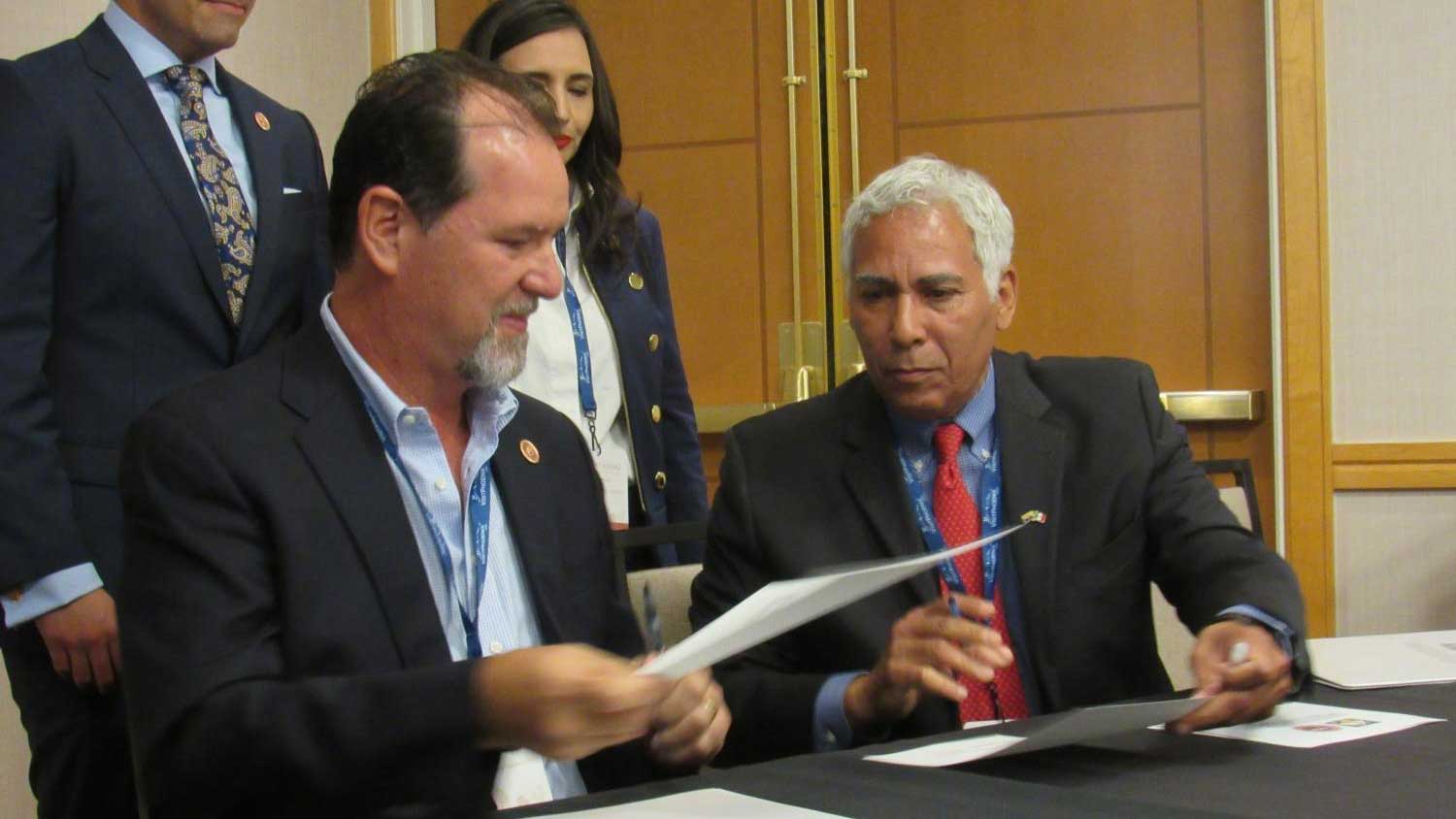 VIEW LARGER Sonora's Luis Gonzalez (left) hands a signed copy of a memorandum of understanding to Arizona's Matthew Earl Jones on the first day of meetings for the Arizona-Mexico Commission.
Matthew Casey/Fronteras Desk

Arizona and Sonora have teamed up to draw more film and digital media production to the region.

On the first day of the Arizona-Mexico Commission, officials from both states signed a nonbinding deal to keep working together to grow film and media production.

One idea is to promote a 300-mile zone stretching from Phoenix to Hermosillo, and from the New Mexico state line to the Sea of Cortez. It’s drawn positive response from producers in Los Angeles, said Matthew Earl Jones, director of the film and digital media program at the Arizona Commerce Authority.

"So you have major cities. You have pristine beaches. You have deserts. You have volcanoes. You have mountains. Basically, there is no filming destination that you couldn’t find within this zone," he said.

Jones said he hopes to roll out the 300-mile radius idea in September.

Luis Gonzalez, who works for Sonora’s tourism office, co-signed the agreement with Jones. Gonzalez said the concept would allow the region to compete with any film destination in the world.

End to unemployment benefits had very little effect on job market Inbreeding won’t doom the endangered vaquita marina — but fishing nets might Tucson brings in few affordable housing programs through federal tax credits
By posting comments, you agree to our
AZPM encourages comments, but comments that contain profanity, unrelated information, threats, libel, defamatory statements, obscenities, pornography or that violate the law are not allowed. Comments that promote commercial products or services are not allowed. Comments in violation of this policy will be removed. Continued posting of comments that violate this policy will result in the commenter being banned from the site.