They found 900 confirmed and probable mumps cases among migrants in 57 detention facilities over the past year. by Nicholas Gerbis, Arizona Science Desk TWEET SHARE 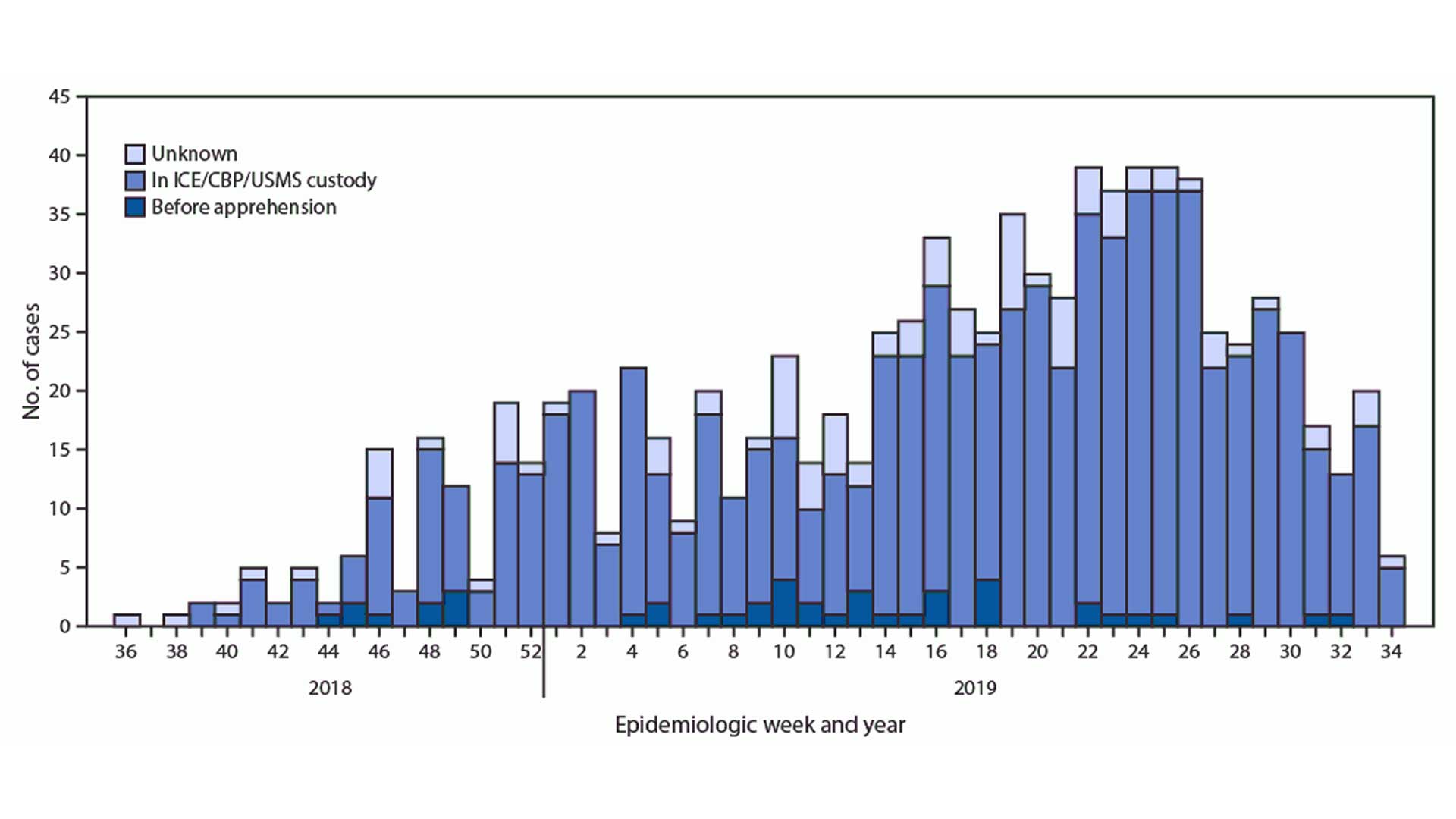 Graph of 898 mumps cases among U.S. Immigration and Customs Enforcement (ICE) detainees from September 2018–August 2019, listed by custody status at time of exposure and by week of onset.
Centers for Disease Control and Prevention
LISTEN

Now, the agency has issued its initial findings.

The CDC reports almost 900 confirmed and probable mumps cases among migrants in 57 detention facilities over the past year.

That sample covers less than one-fifth of the 315 sites that house detainees. Most of the sites studied are private facilities or county jails.

Incubation studies suggest four-fifths of patients were exposed while in U.S. custody.

Mumps outbreaks are currently ongoing in 15 facilities in seven states, but frequent transfers complicate the picture.

The CDC says facilities should follow state and local health department regulations. Additionally, they should offer vaccines to at-risk staff and detainees.

US, Arizona life expectancy fell, driven by deaths of younger people Number of Mexicans granted work visas in the U.S. increases US sending Mexican migrants 1,000 miles from border
By posting comments, you agree to our
AZPM encourages comments, but comments that contain profanity, unrelated information, threats, libel, defamatory statements, obscenities, pornography or that violate the law are not allowed. Comments that promote commercial products or services are not allowed. Comments in violation of this policy will be removed. Continued posting of comments that violate this policy will result in the commenter being banned from the site.