The state's health secretary over the weekend called on the two cities to reduce vehicle mobility and access to public spaces. by Murphy Woodhouse, Fronteras Desk TWEET SHARE 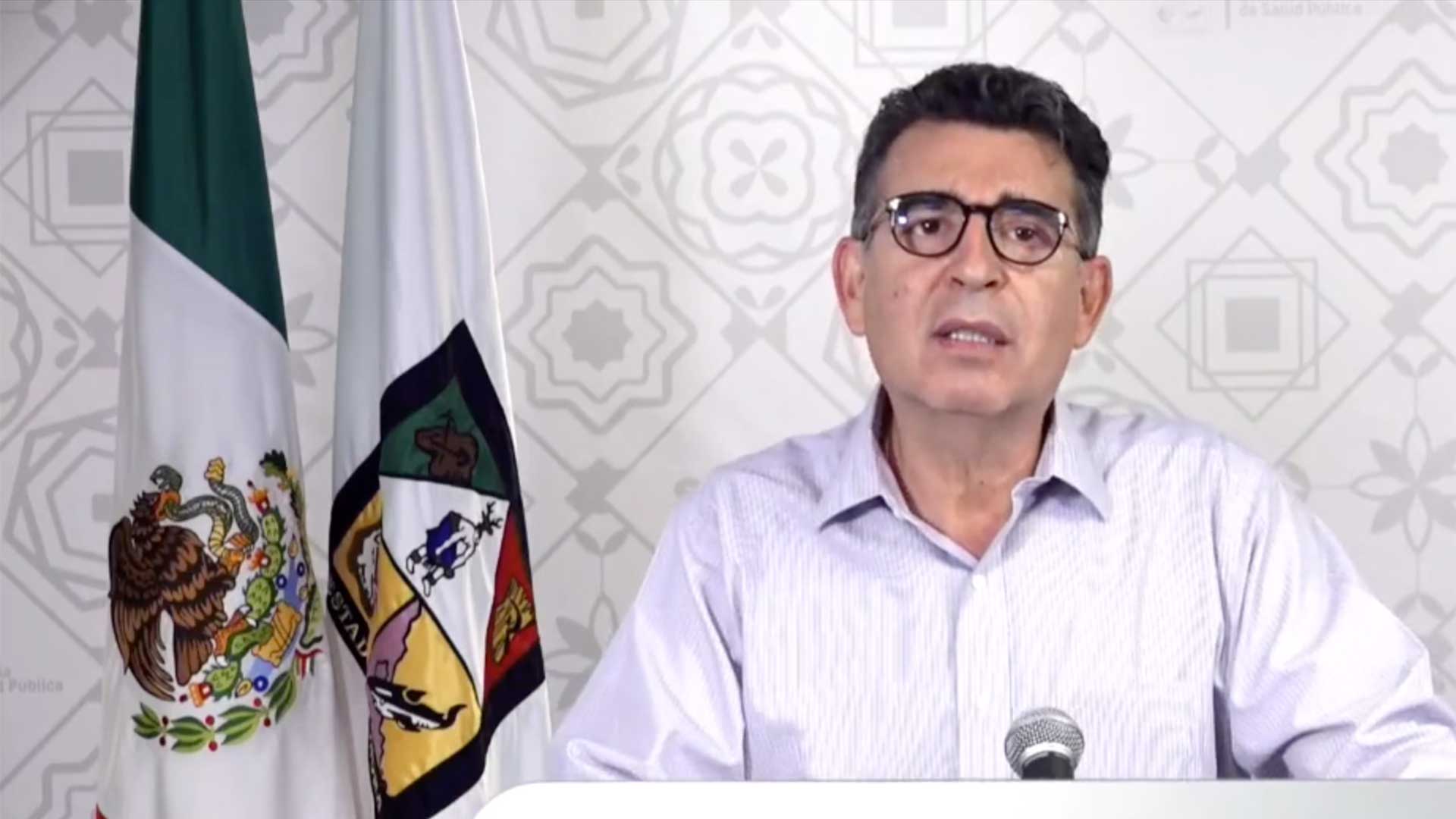 Sonoran Secretary of Public Health Enrique Clausen calls on residents to help avoid the further filling of hospitals in the state, in this still image from a June 29 video on the agency's Facebook page.

Hospitals in two major Sonoran cities have reached their limits as COVID-19 cases continue to mount.

In the border city of Nogales and coastal Guaymas, there is no more bed space for infected patients, Sonoran Health Secretary Enrique Clausen said over the weekend.

“It’s urgent to take measures of extreme confinement,” he said.

He called on the two major cities to focus efforts on reducing vehicular mobility and access to public spaces. He asked residents to remain in their homes for two weeks.

“If mobility doesn’t slow, well, let’s prepare ourselves for the hardest thing: being witnesses of the painful suffering of people who can’t be cared for,” he went on to say.

In Nogales and Guaymas, confirmed cases rose by over 30% and nearly 60% to 333 and 1,303, respectively. Over the same period, confirmed deaths nearly doubled in Guaymas to 36, according to state data.

COVID-19 cases In Sonoran capital expected to peak soon Mexico seeks to ensure access to COVID-19 treatment, vaccines Some Sonoran beaches set to reopen by this weekend
By posting comments, you agree to our
AZPM encourages comments, but comments that contain profanity, unrelated information, threats, libel, defamatory statements, obscenities, pornography or that violate the law are not allowed. Comments that promote commercial products or services are not allowed. Comments in violation of this policy will be removed. Continued posting of comments that violate this policy will result in the commenter being banned from the site.