Residents are asked to evaluate 8 options. by Steve Jess Tweet 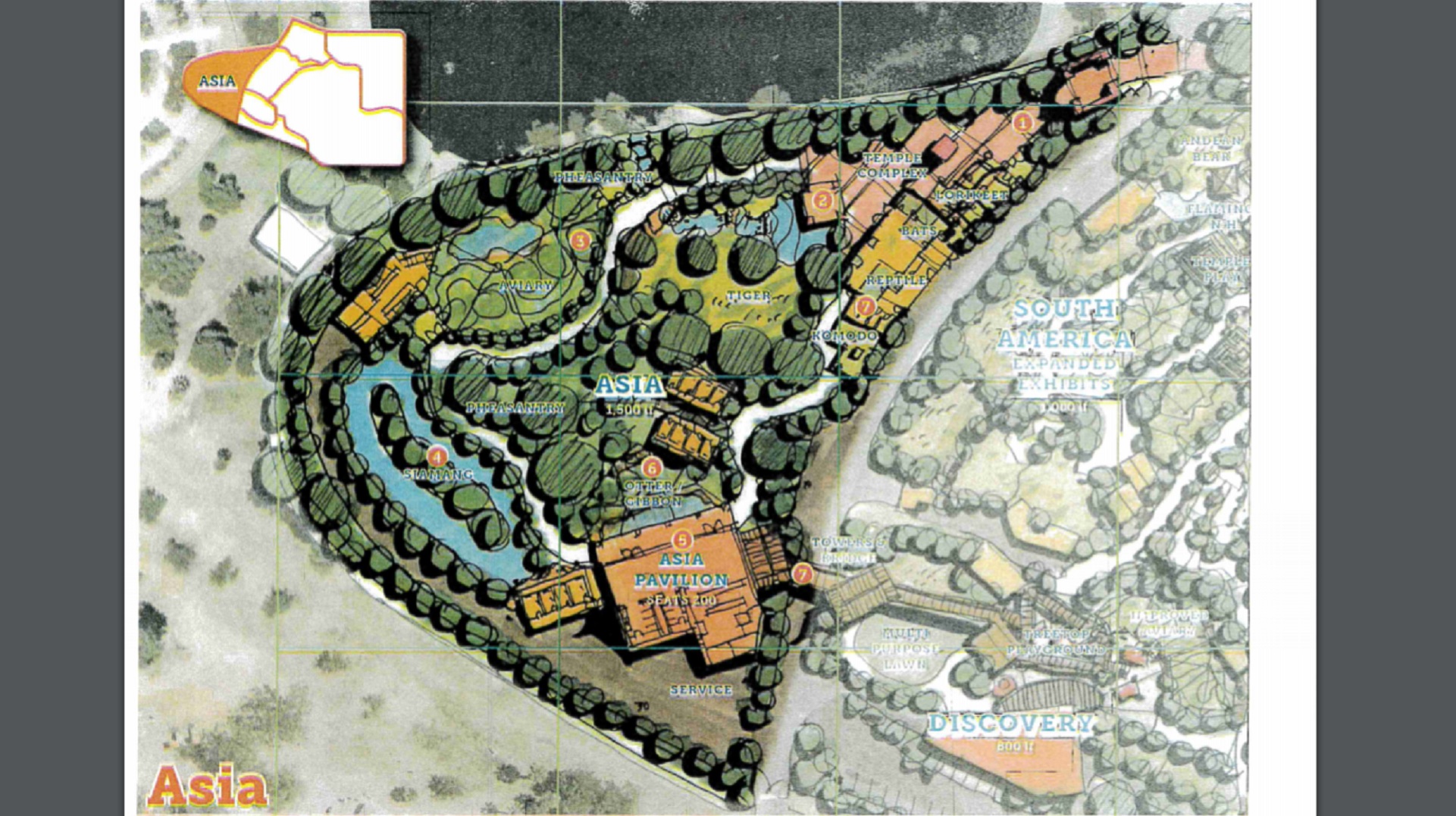 The City of Tucson's 2018 Master Plan for Reid Park Zoo calls for turning the Park's Barnum Hill into a "Pathway to Asia" exhibit.
Screen grab/City of Tucson

The city council suspended work on the project several weeks ago after it generated controversy. Some residents oppose the plan to turn a pond and wooded open space called Barnum Hill into part of the zoo's new Pathway to Asia tiger exhibit.

City leaders are now considering several alternatives, including six different expansion options, no change to the zoo, or relocating the entire zoo.

The National Parks: America's Best Idea Council suspends Reid Park Zoo project Animal shelter bracing for a tough August
By posting comments, you agree to our
AZPM encourages comments, but comments that contain profanity, unrelated information, threats, libel, defamatory statements, obscenities, pornography or that violate the law are not allowed. Comments that promote commercial products or services are not allowed. Comments in violation of this policy will be removed. Continued posting of comments that violate this policy will result in the commenter being banned from the site.