In Mexico, only four of 32 states have broadly legalized abortion before 12 weeks of pregnancy. by Kendal Blust, Fronteras Desk Tweet 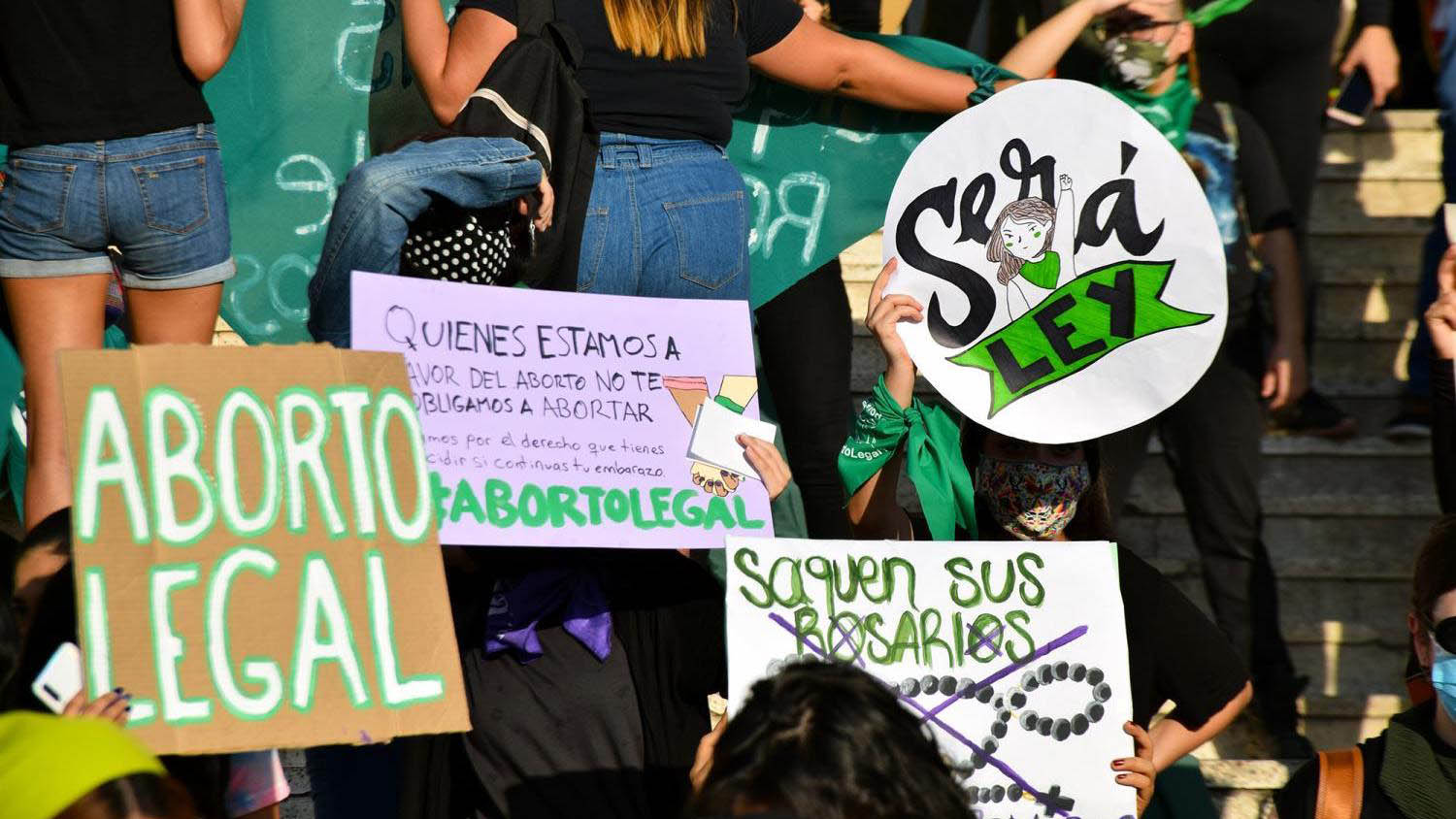 Protesters hold up signs supporting the right to abortion in Hermosillo, Sonora during a march on Sept. 28, 2020.
Kendal Blust, Fronteras Desk

Mexico’s Supreme Court ruled Tuesday that it is unconstitutional to punish abortion as a crime. It's a huge move for the predominantly Catholic country that opens the door for nationwide legalization of abortion.

On Monday, eight of 11 justices voted to strike down a law in northern state state of Coahuila that punishes women with up to three years in prison for having an abortion, even in cases of rape. Then on Tuesday, the court handed down a broader, unanimous decision ruling all such laws are unconstitutional.

"Today is a historic day for the rights of all Mexican women," said Supreme Court Chief Justice Arturo Zaldívar.

He said the ruling is consistent with the court’s position for more than a decade that abortion is a fundamental right, and emphasized that the government not only cannot penalize those who have abortions, but must guarantee that pregnant people have "dignified, adequate and equal" access to the procedure.

In Mexico, only four of 32 states have broadly legalized abortion before 12 weeks of pregnancy: Mexico City, Oaxaca, Hidalgo and most recently Veracruz.

This ruling won’t immediately make the procedure widely available across the rest of the country. But it sets a precedent for judges throughout Mexico to hand down similar rulings, setting the stage for legalization nationwide. It could also allow for those who have been jailed for having an abortion to be released.

The ruling comes amid a growing feminist movement in Mexico that has taken to the streets to demand greater rights for women and safety from the country's high levels of gender-based violence.

Judge blocks part of new Arizona abortion law Court: Abortion doctors can’t be charged under Arizona law 50 years after Roe, Arizona's abortion access remains limited
By posting comments, you agree to our
AZPM encourages comments, but comments that contain profanity, unrelated information, threats, libel, defamatory statements, obscenities, pornography or that violate the law are not allowed. Comments that promote commercial products or services are not allowed. Comments in violation of this policy will be removed. Continued posting of comments that violate this policy will result in the commenter being banned from the site.