× LET'S ALL GO TO THE LOBBY, our new podcast filled with upbeat conversation and recommendations for great movies from across time and around the world.
/ Modified apr 11, 2022 9:08 a.m.

An Indigenous nation in Sonora held a historic gathering last year to demand water for their communities on the Sea of Cortez. Now, they’re meeting again. This time in honor of their ancestors. by Kendal Blust, Fronteras Desk Tweet 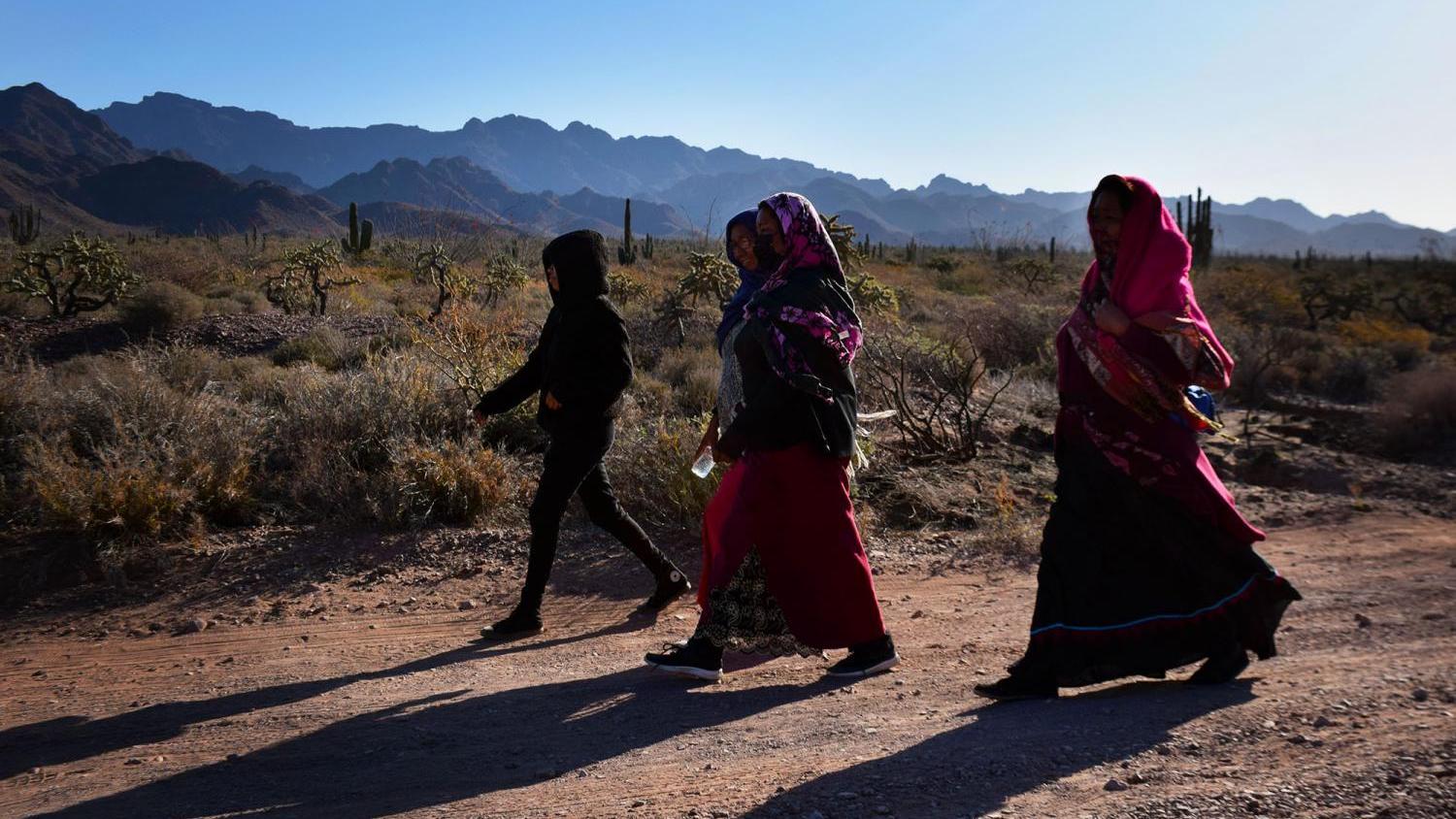 A group walks through the desert from Punta Chueca toward Saaps, where the Comcaac Nation held a historic gathering to demand water on March 27, 2021.
Kendal Blust/Fronteras Desk

An Indigenous nation in neighboring Sonora held a historic gathering last year to demand water for their communities on the Sea of Cortez. Now, they’re meeting again. This time in honor of their ancestors.

Members of the Comcaac Nation walked dozens of miles from their two villages to a historic meeting site called Saaps this weekend.

The gathering comes a year after a similar march that was meant to draw attention to the tribe’s long-standing struggle for access to potable water.

But while water remains an issue for the nation, organizers say this year their gathering is focused on celebrating the traditions of their elders.

Lourdes Karelia Perales Hoeffer, a Comcaac cultural promoter, said young members of the tribe hope to make the march, known as the Caminata Comcaac, an annual tradition to honor the nomadic ways of their ancestors and preserve their songs and stories for future generations.

She calls the walks, or caminatas, part of their culture’s long history of survival in the Sonoran Desert.

Recent snowfalls may slow water level decline at Lake Mead USDA awards $930 million towards wildfire preventions Navajo Nation lifts mandatory mask mandate
By posting comments, you agree to our
AZPM encourages comments, but comments that contain profanity, unrelated information, threats, libel, defamatory statements, obscenities, pornography or that violate the law are not allowed. Comments that promote commercial products or services are not allowed. Comments in violation of this policy will be removed. Continued posting of comments that violate this policy will result in the commenter being banned from the site.