When Arizona set about designing its current capitol, the star architect had some of his own ideas. by Andrew Oxford Tweet 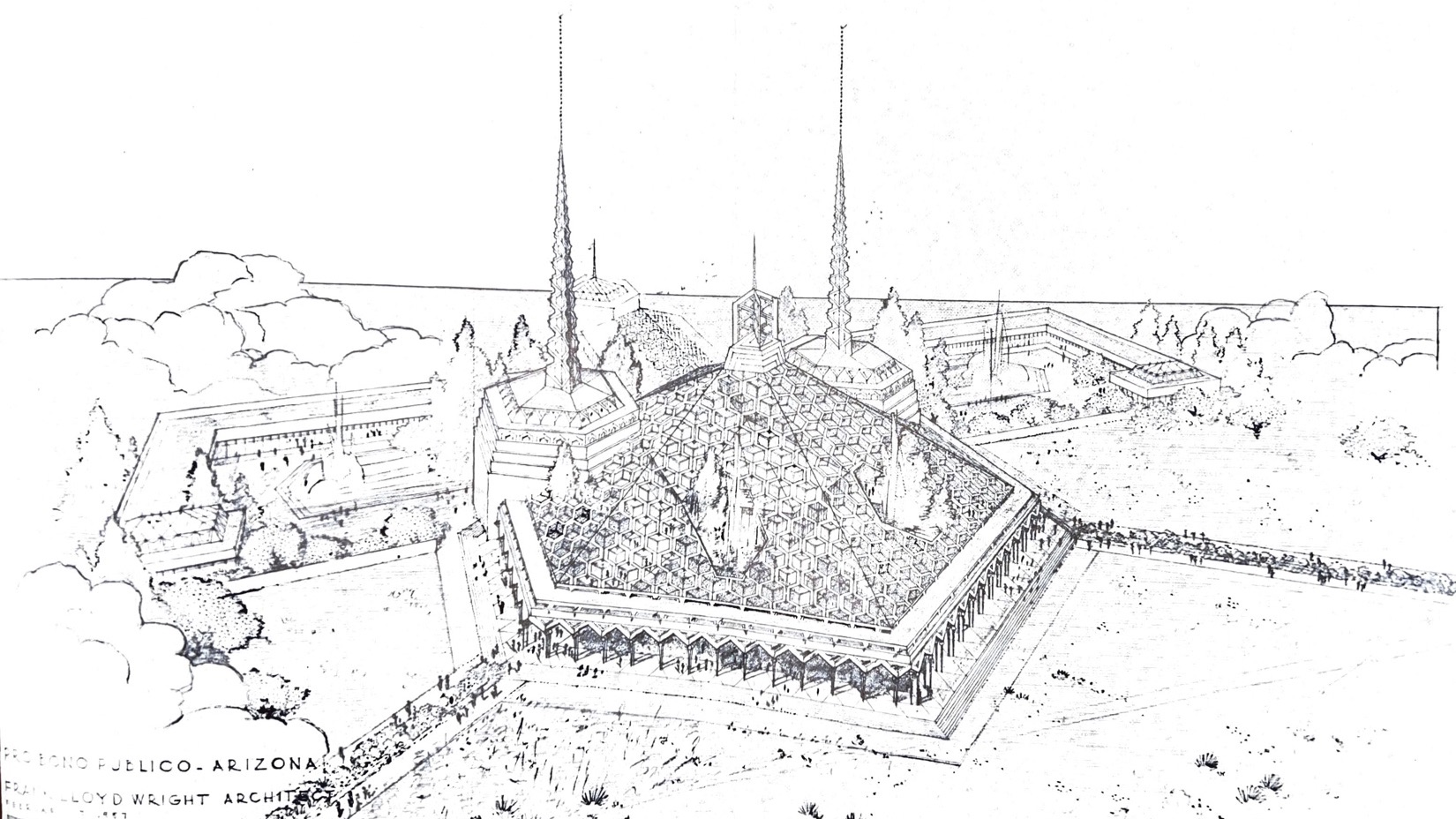 The boxy mid-20th century buildings that house the Arizona Legislature are not particularly remarkable.

The committee rooms can feel cramped.

There is little majesty, or sunlight.

Visitors can be forgiven if they are not particularly impressed.

But it didn't have to be this way.

As Arizona's government set about designing the current capitol, Frank Lloyd Wright put forward his own ideas for a state capitol that would be unlike any other in the country — a desert palace and architectural landmark.

Stuart Graff, president and CEO of the Frank Lloyd Wright Foundation, spoke with AZPM about the plan and why the state never embraced it.

Why didn't Arizona use Frank Lloyd Wright's plans for its new capitol?, Valley 101 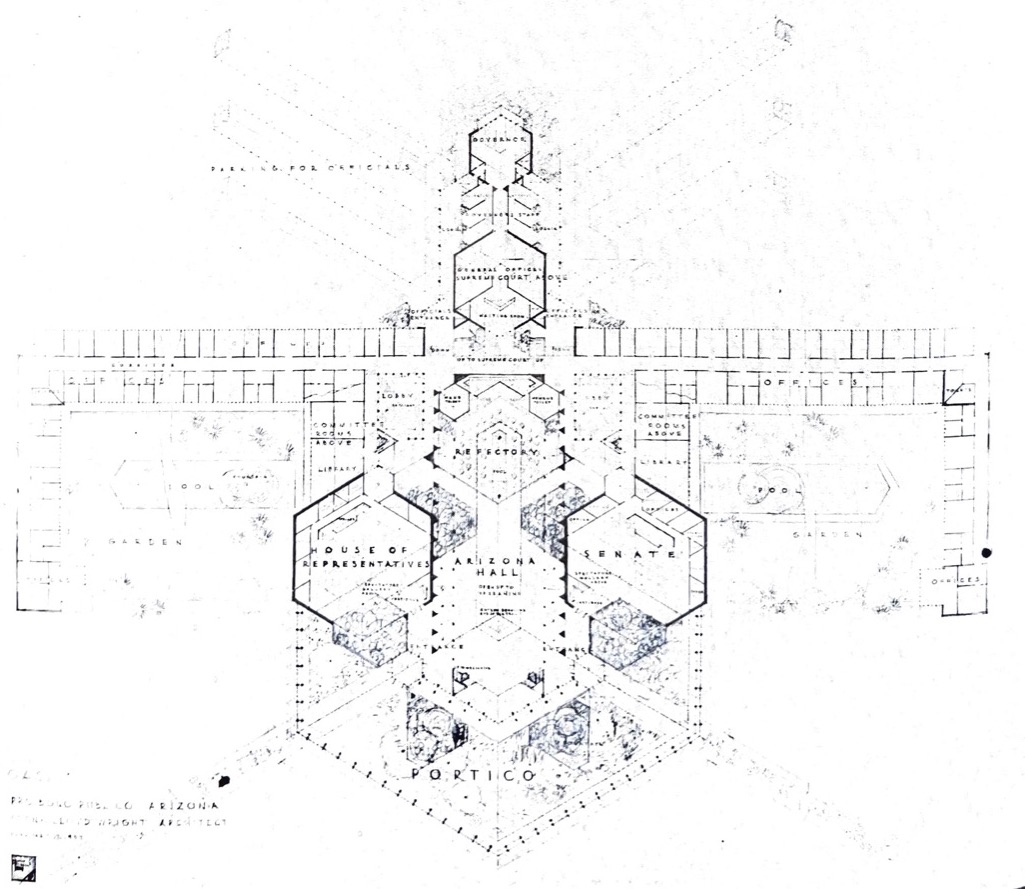 "Chasing the Ghost Bear: On the Trail of America’s Lost Super Beast" with author Mike Stark. Travel Route 66 with "The Great Muslim American Road Trip." Artist Michael Moore and the natural world in charcoal.
By posting comments, you agree to our
AZPM encourages comments, but comments that contain profanity, unrelated information, threats, libel, defamatory statements, obscenities, pornography or that violate the law are not allowed. Comments that promote commercial products or services are not allowed. Comments in violation of this policy will be removed. Continued posting of comments that violate this policy will result in the commenter being banned from the site.