The horses are small, sturdy and friendly. by MPR/Dan Kraker, Reporter Tweet 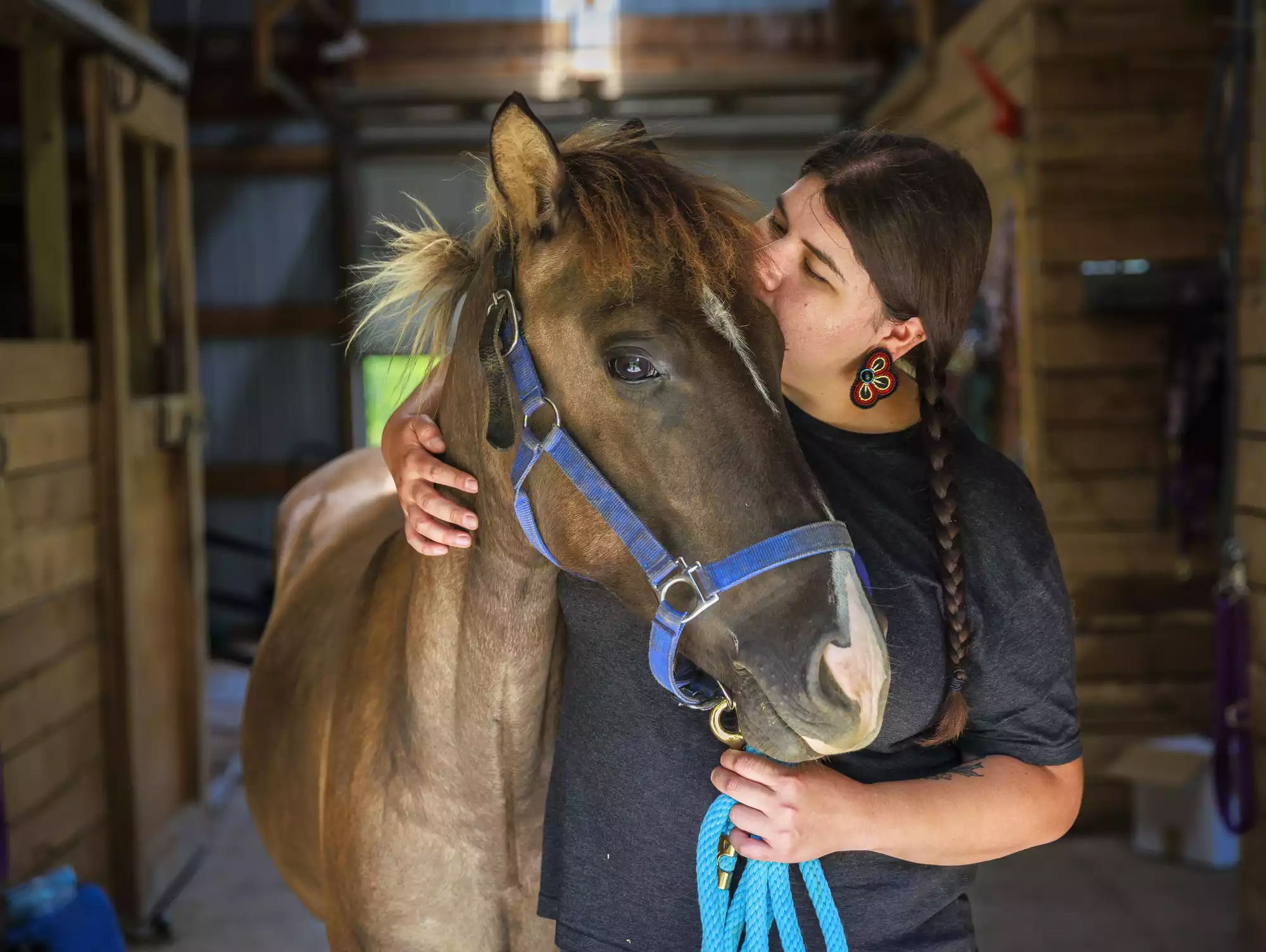 Em Loerzel is a graduate student and White Earth Nation descendant who started The Humble Horse, a nonprofit in River Falls, Wis., dedicated to reviving the Ojibwe Horse, a rare breed that has adapted to the forests along the Minnesota-Canada border.
Kerem Yücel | MPR News
Em Loerzel grew up hearing stories about the Ojibwe horse from her uncle, about small ponies that would roam free near Ojibwe communities tucked among the forests and lakes along the Minnesota-Canada border, and help with tasks such as hauling wood and trap lines.

"I think when people think about Native people and their horses, they think of Lakota people or southwest people, but he would tell me, don't forget that we are horse people too,” said Loerzel, a descendant of the White Earth Nation. 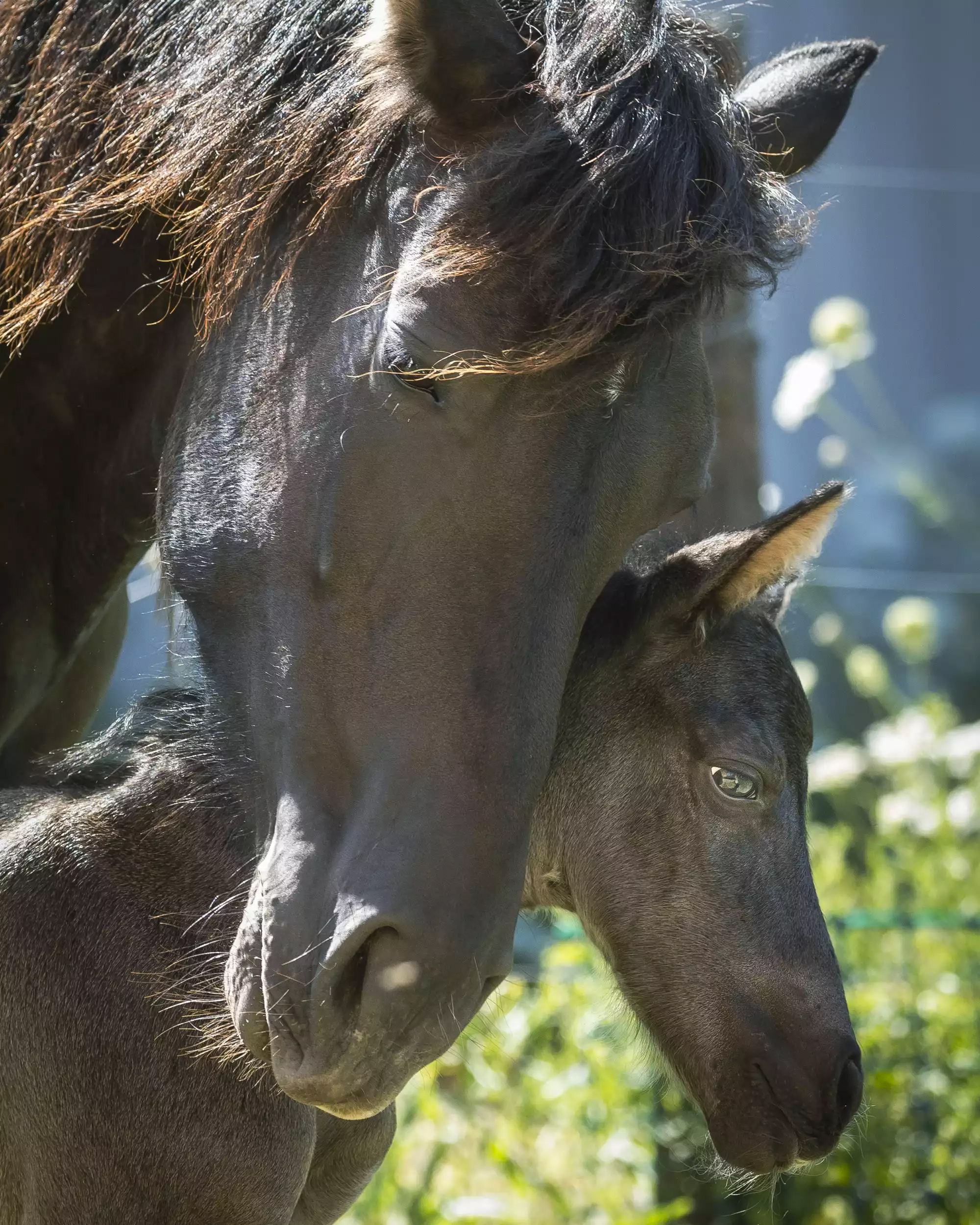 A rare Ojibwe horse foal named Animikii — which means “thunderer” in the Ojibwe language was born in late July 2022, at The Humble Horse, a small nonprofit outside River Falls, Wis.. There are fewer than 200 of the endangered breed remaining
Kerem Yücel | MPR News

Loerzel has taken that teaching to heart. Earlier this year, the 28-year-old graduate student in social welfare at the University of Washington raised money to rescue six of the horses from a Canada rancher who could no longer afford to keep them.

She brought them to a farm owned by a friend outside River Falls, where Loerzel moved last year with her husband. And she started a nonprofit called The Humble Horse, to raise awareness about the breed–which is also known as the Lac La Croix pony, and to help revive it. Only about 180 Ojibwe horses remain, mostly in Canada.

The horses are small, sturdy and friendly. Last month, Loerzel nuzzled a 2-year-old stud colt named Mino. “Short for Mino Bimaadiziwin. That's our word for ‘a good life.’ All of our Ojibwe horses have their Ojibwe names,” Loerzel explained.

“He’s just one of the sweetest guys. We Anishinaabe people bred them to be really smart, sweet, docile."

They also adapted over the generations to survive in the border lakes country. Their small stature made it easier to navigate the forest. 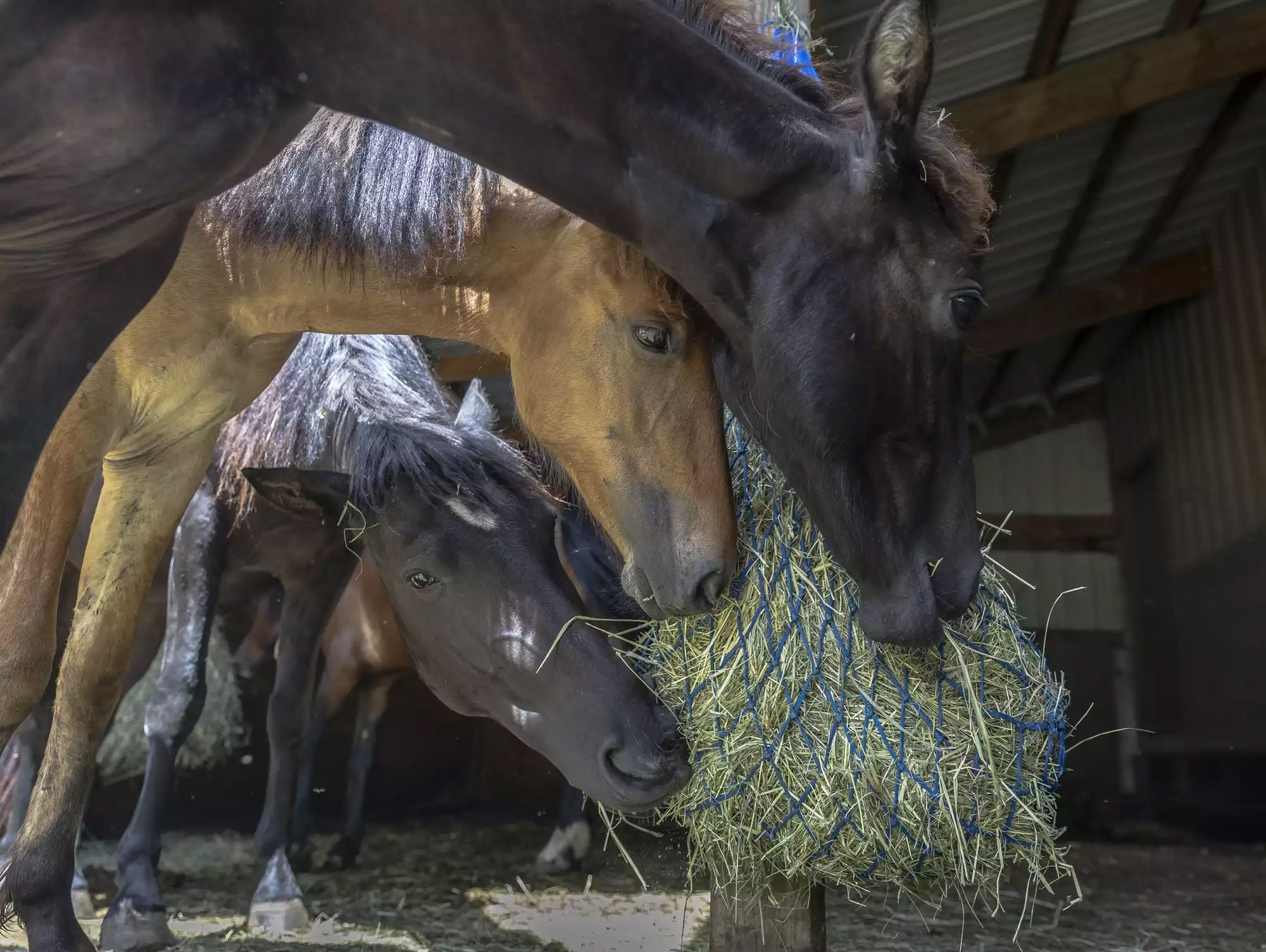 There's a rare breed that has adapted to the forests along the Minnesota-Canadian border. It's called the Lac la Croix Pony, or the Ojibwe horse. A few decades ago there were only four of them left
Kerem Yücel | MPR News

Loerzel pointed out a unique inside flap in Mino’s nostrils that helps protect him from cold air. The horses also have small, fuzzy ears, to both protect from the cold and from black flies.

Late last month, one of the mares Loerzel rescued gave birth to a foal.

Loerzel says her main goal is to keep the horses safe and healthy. But she also wants to help Ojibwe people to reconnect with the horses.

“Because I've seen it where our own communities don't know that we had these horses. It’s to make sure that Indigenous communities have connections to … our horse relatives.” 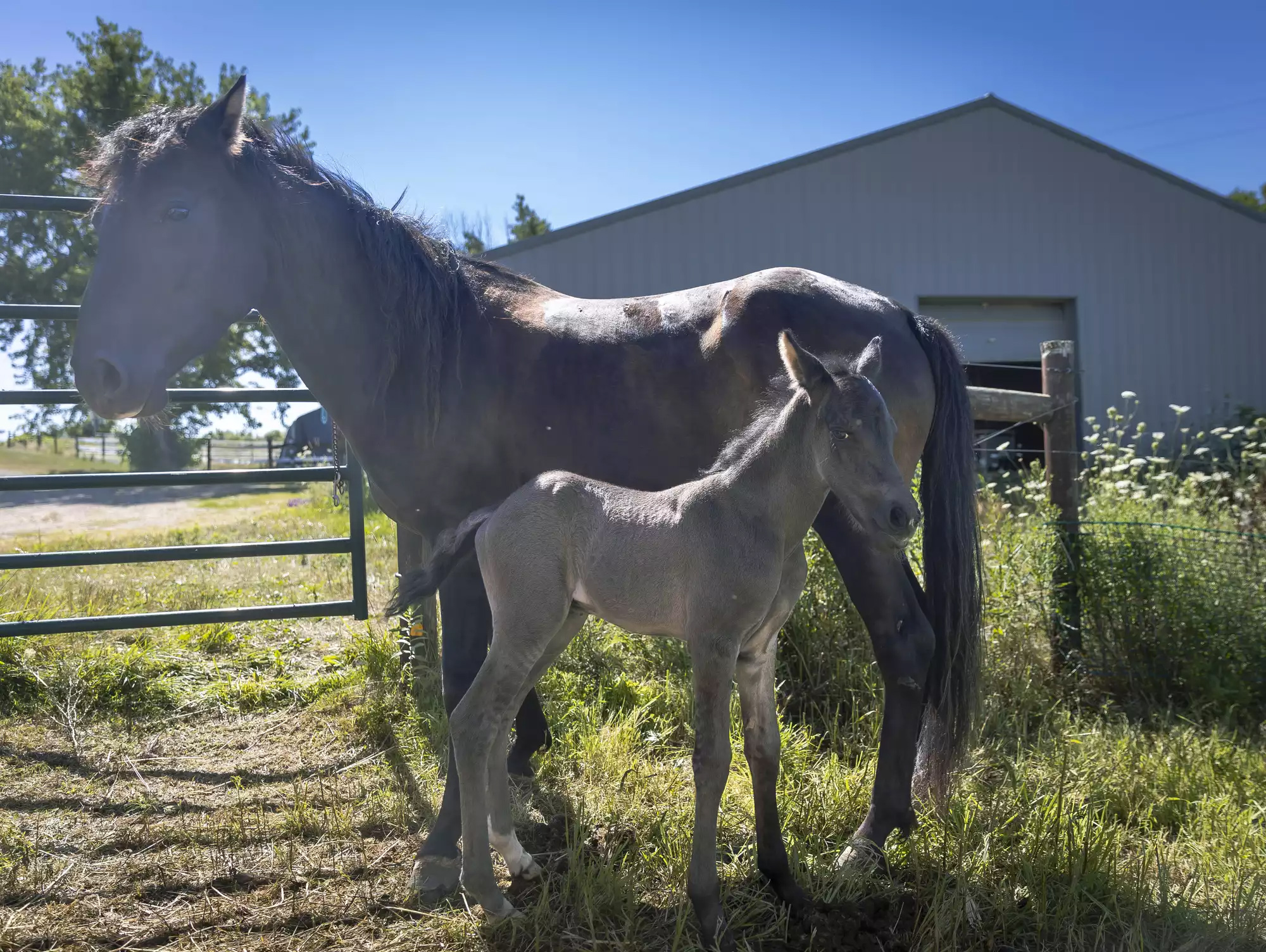 ‘Heist across the Ice’

Thousands of Ojibwe horses once lived near Ojibwe communities on both sides of the border. They would roam free part of the year, but at other times were gathered to help with labor.

But their population dwindled in the first part of the 20th century. Many were killed and used to make dog food, even glue.

By 1977 there were only four left, on the Lac La Croix First Nation in Ontario, just north of the U.S.-Canada border.

Word spread that the Canadian government planned to exterminate them. So four men from the Bois Forte Reservation in Minnesota planned a rescue mission.

"They piled in a pickup truck, hooked up a horse trailer, drove across like beaver dams and portages and frozen ice in the middle of February, said Heather O'Connor, a Canadian author and journalist who spent five years researching Ojibwe horses.

It was dubbed the “Heist across the Ice.”

"I was thinking, well, I'm wondering if this is the last time I'm going to ever see those horses,” recalled Norman Jordan, a Lac La Croix council member who as a young boy remembers watching the men lead the horses away.

“Everybody was so attached to them, in a deep way, a spiritual way. And it was sad just seeing them being taken away."

But those four rescued mares allowed the breed to survive. In Minnesota, they were bred with a Spanish mustang, and slowly, their numbers increased, largely among small herds in Canada. 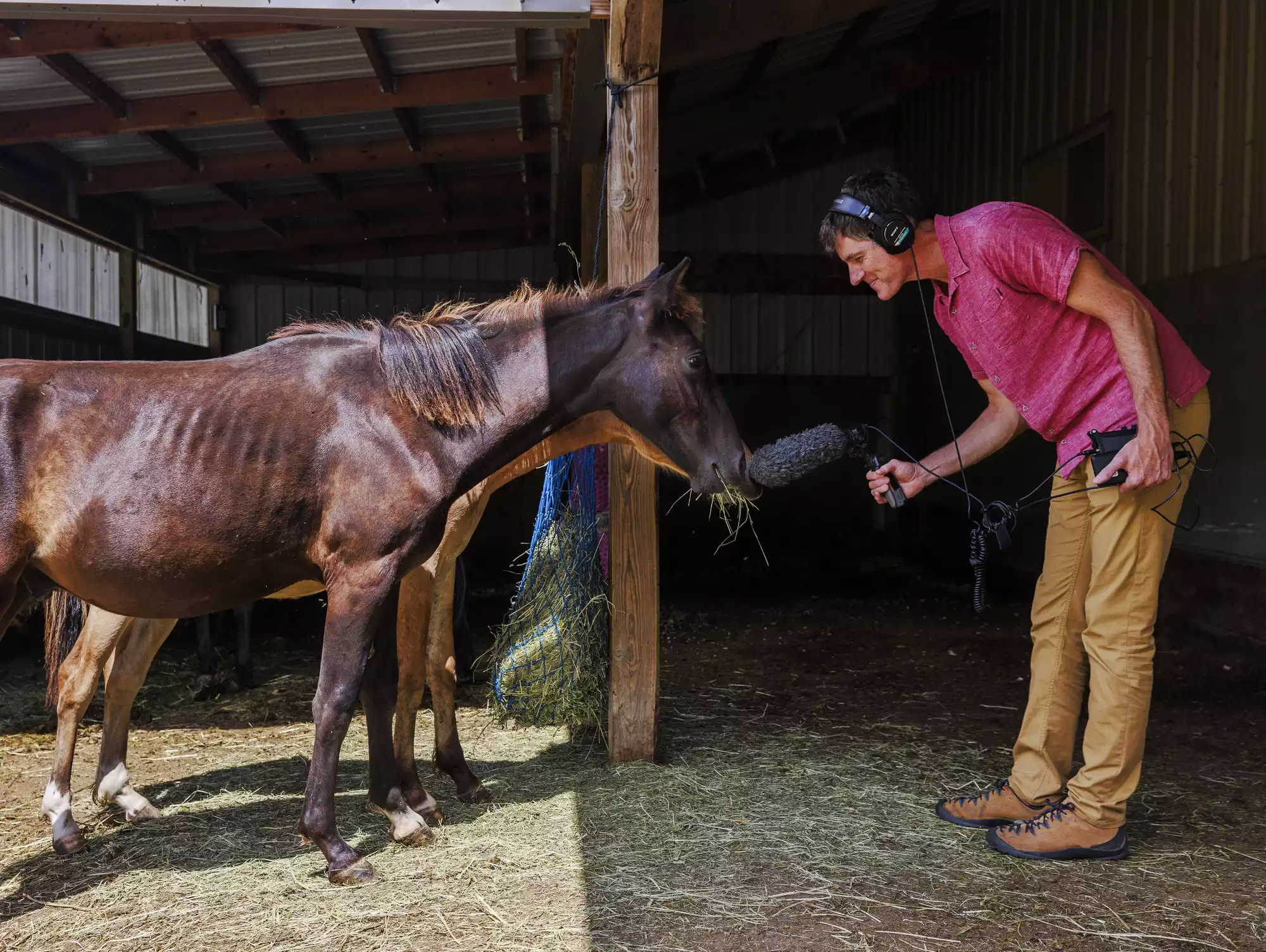 They use the horses as an educational tool. They run programs with aboriginal youth in Canada, and recently brought horses to the Grand Portage reservation pow wow in northeastern Minnesota.

"Everybody was fascinated,” Whitecrow said. “It brought a sense of pride to the Ojibwe knowing that this was actually our ancestors' horse."

A dedicated network of people has developed to help preserve the breed, Campbell said. But often, a breeder will retire, or run out of money. She said more are needed for the breed to survive.

"The biggest thing is having people say, ‘Gee, I have a farm, I could have a breeding pair and do one baby a year.’ That's our biggest need right now. And for the breed to survive, basically, people have to want it to survive.” 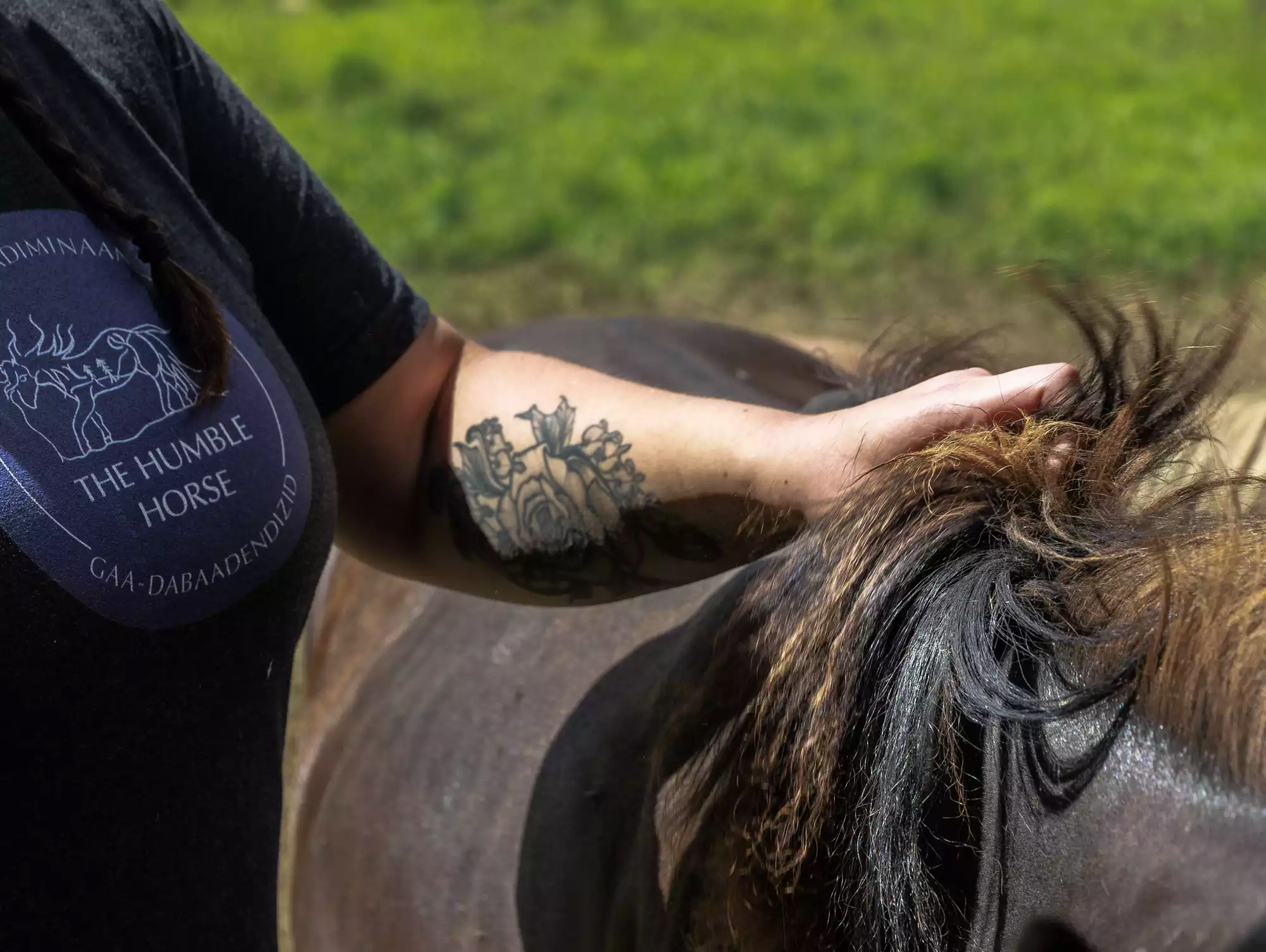 Em Loerzel grew up hearing stories about the Ojibwe horse from her uncle, about small ponies that would roam free near Ojibwe communities and help with tasks like hauling wood.
Kerem Yücel | MPR News

Dr. Gus Cothran, an emeritus professor at the veterinary college at Texas A&M University who has studied the genetics of the Ojibwe horse, said rare and endangered breeds like it often encounter the same challenge — they need more people willing to take care of them and breed them.

“And so one of the things that people involved with rare breeds need to do is create a market for them, and create a demand. And for a horse, that can be very difficult. They're very expensive and demanding.”

In 2017, almost 40 years to the day after those four remaining horses were taken away from the Lac la Croix First Nation, the horses returned.

Norman Jordan, the boy who watched them leave, became Chief. And he helped bring a herd back to the community.

"It's almost like when they left there was a piece of my history that was leaving, a piece of me, like a void that I've had for all these years. And then that night they came back, it's like that piece that was missing was back now."

Em Loerzel hopes to create a similar experience for Ojibwe people in Wisconsin and Minnesota to reconnect with their ancestral horse.

She also is doing her small part to ensure the breed’s survival. This summer she partnered with the University of Wisconsin River Falls to collect semen from their colt Mino, which can be used to breed Ojibwe Horse mares years into the future. 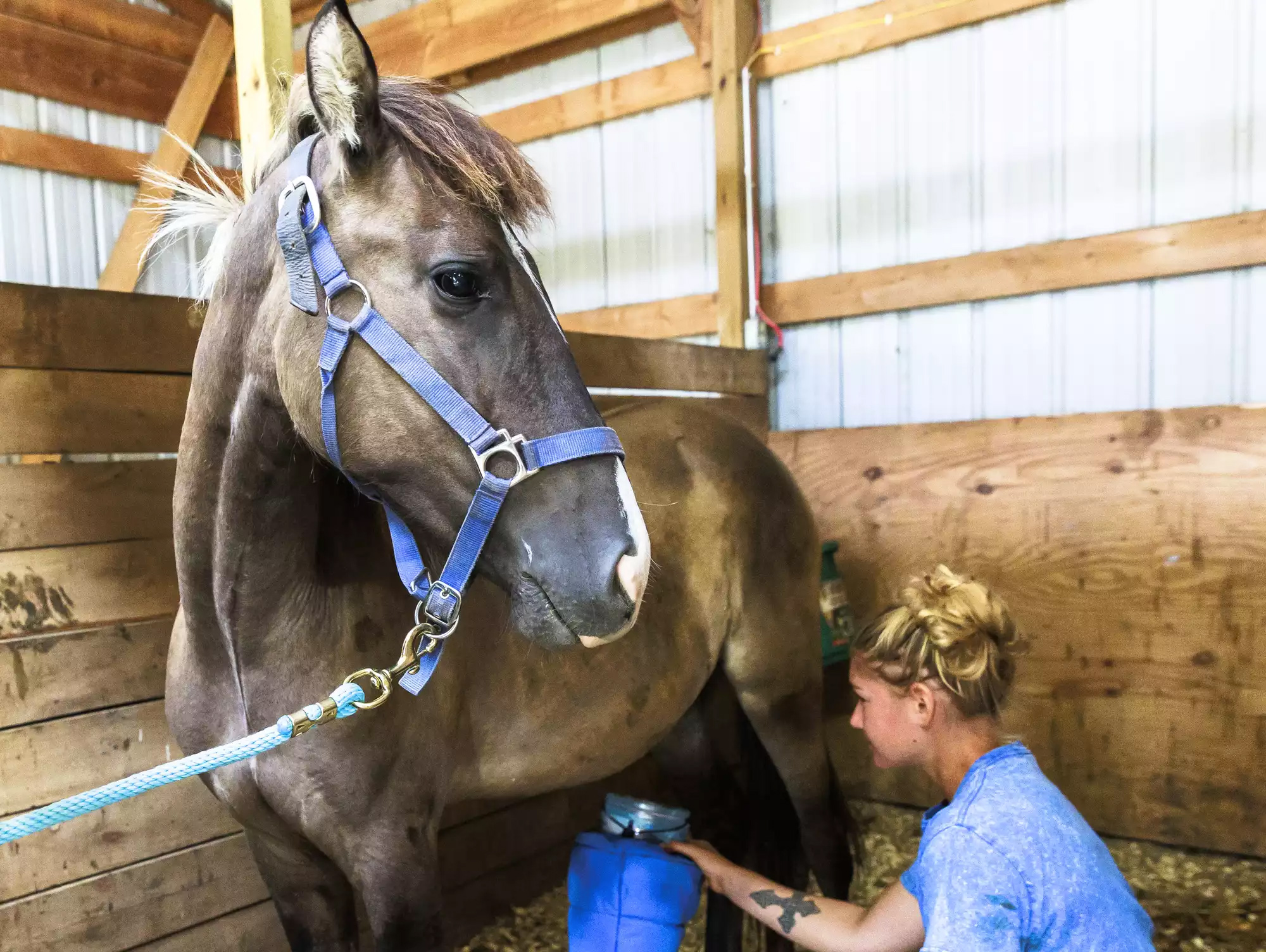 Hailey Struthers, a research assistant at the University of Wisconsin River Falls, tries to collect semen from a young Ojibwe Horse stud colt. Em Loerzel with The Humble Horse hopes to preserve the biological material to use to breed more horses in the future.
Kerem Yücel | MPR News

“We can maintain this biological material, literally, for decades in liquid nitrogen,” said Casie Bass, an Animal Science professor at UW-River Falls.

“This is a breed that's indigenous to Minnesota and Wisconsin,” Bass said, “so we don't want to lose this. Within the equine population, we want to maintain breeds.”

That's why advocates for the breed are thrilled that Em Loerzel has started her small herd in Wisconsin. 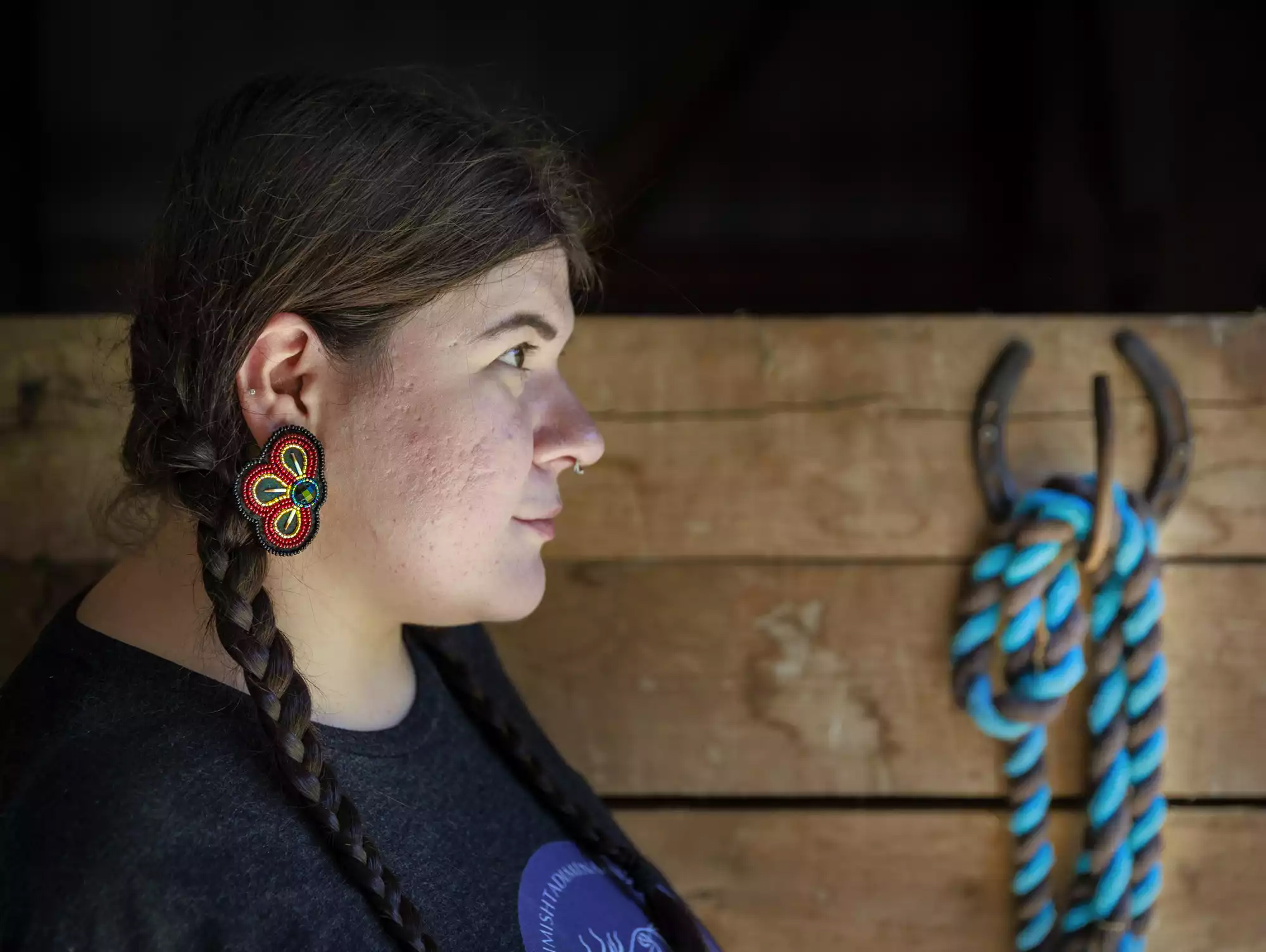 Em Loerzel recently rescued six Ojibwe horses from a ranch in Canada and brought them to a farm outside River Falls, Wis. Loerzel created a nonprofit called The Humble Horse to raise awareness about the breed, and to help revive it. Only about 180 Ojibwe horses remain, mostly in Canada.
Kerem Yücel | MPR News

But for Em Loerzel, it’s about more than maintaining a critically endangered breed. She said it’s important to her for Ojibwe people to have their horses back.

Because the Ojibwe Horse’s story, she said, parallels the story of Anishinaabe people.

"They were forcefully removed from their families. They were almost exterminated by the government. The population dwindled. And now we're coming back. And now we're thriving."

Editor’s Note: Several photo captions in this story have been clarified to state that the Ojibwe horse is not native to the northern forests along the Canadian border, but rather has adapted to living in the region.

Preventing wildfire with the Wild Horse Fire Brigade NPR Election Coverage Liveblog Watch Live: Biden speaks as control of House, Senate remains up in the air
By posting comments, you agree to our
AZPM encourages comments, but comments that contain profanity, unrelated information, threats, libel, defamatory statements, obscenities, pornography or that violate the law are not allowed. Comments that promote commercial products or services are not allowed. Comments in violation of this policy will be removed. Continued posting of comments that violate this policy will result in the commenter being banned from the site.