× LET'S ALL GO TO THE LOBBY, our new podcast filled with upbeat conversation and recommendations for great movies from across time and around the world.
/ Modified oct 11, 2022 8:44 a.m.

Three of the shops named in the suit are in Tucson. by Murphy Woodhouse, KJZZ Tweet 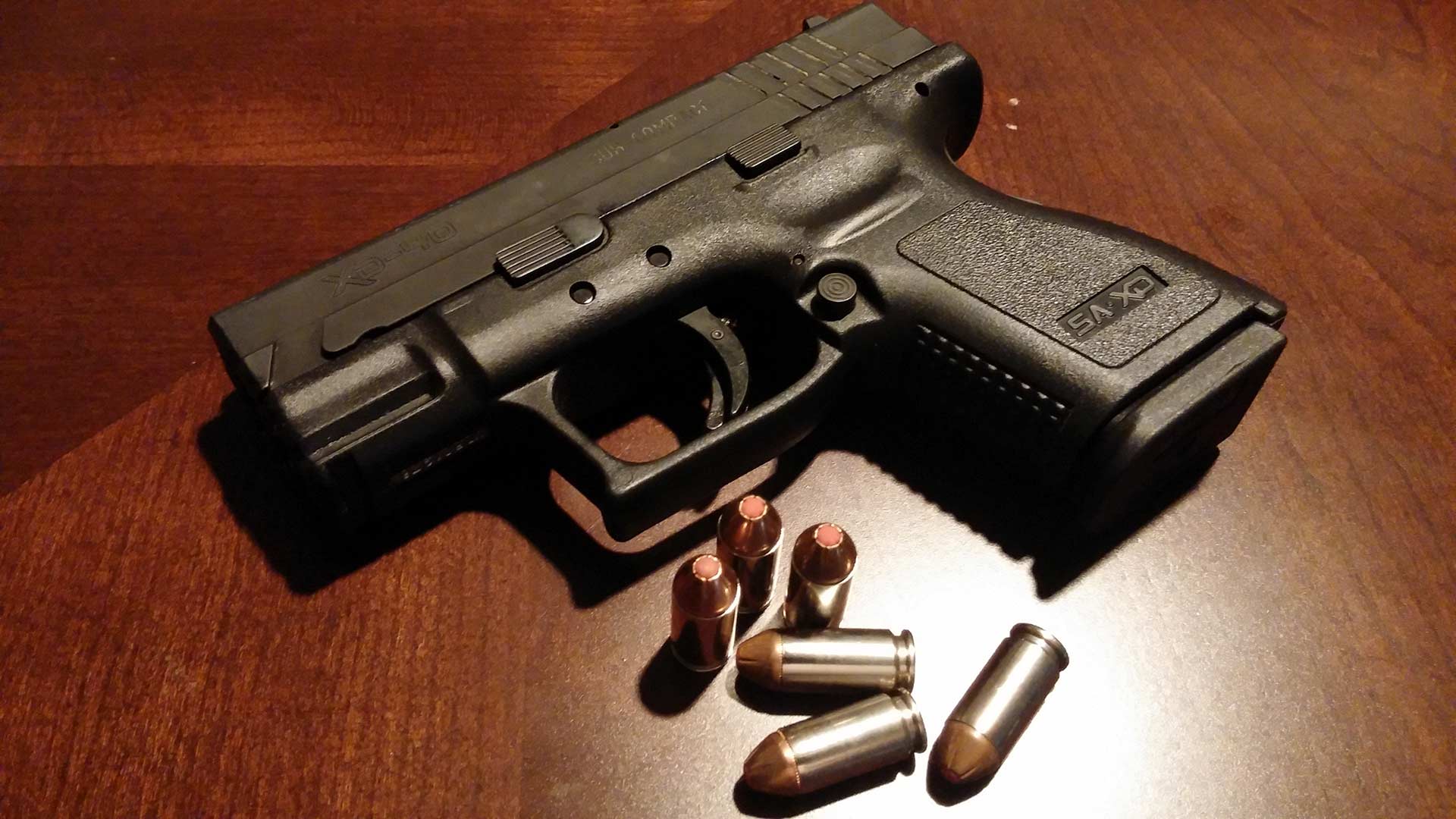 A handgun and ammunition.

The government of Mexico is suing five Arizona gun shops — three in Tucson and one each in Yuma and Phoenix.

In the suit, which officials say was filed in Tucson federal court Monday, Mexico alleges that the firearms dealers “participate systematically in the trafficking of weapons.”

Mexico claims that the shops, which it says are among those dealers whose weapons are most often recovered at crime scenes, do not exercise the due diligence required of them, and that their routine sales to straw purchasers help supply gun traffickers.

This is the Mexican government’s second lawsuit attempting to stem the massive flow of weapons south of the border, which officials say is one of the key factors in the country’s alarming levels of violence.

In the first suit, which was recently dismissed by a federal judge, Mexico sued a number of gun manufacturers. Officials say Mexico plans to appeal that dismissal.

The Buzz: UA Faculty Senate report details events that led to deadly shooting on campus County Attorney in Cochise County arrest for Super Extreme DUI Judge outlines fixes to poor health care in Arizona prisons
By posting comments, you agree to our
AZPM encourages comments, but comments that contain profanity, unrelated information, threats, libel, defamatory statements, obscenities, pornography or that violate the law are not allowed. Comments that promote commercial products or services are not allowed. Comments in violation of this policy will be removed. Continued posting of comments that violate this policy will result in the commenter being banned from the site.