Data analysts from both parties believe the count will eventually shift in Lake’s favor, but it’s not yet clear whether she will pick up enough votes to overtake Hobbs. by Associated Press Tweet 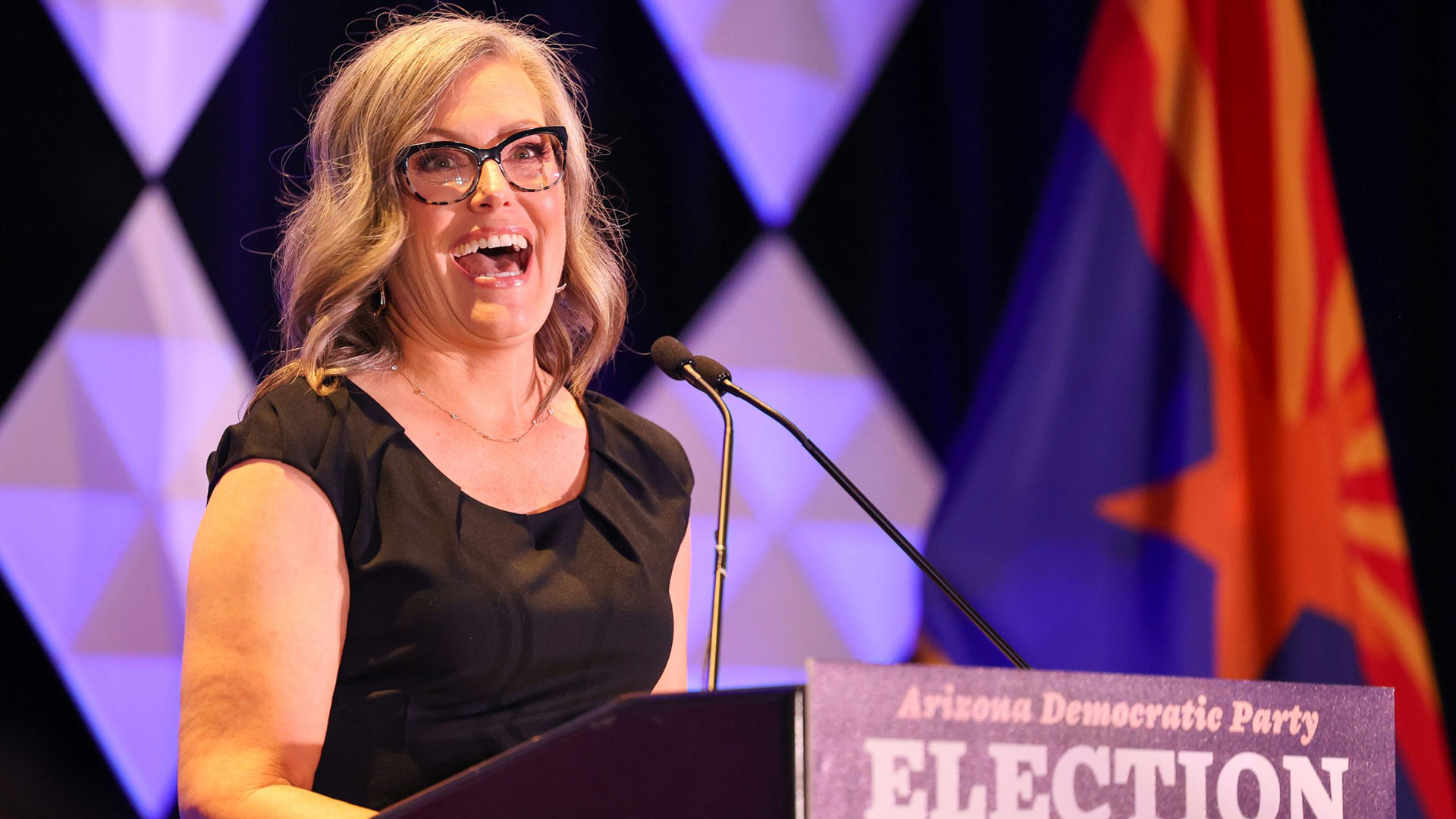 Hobbs led Lake by 1.6 percentage points after the release of roughly 85,000 votes from Maricopa County. Approximately 270,000 ballots remain uncounted statewide, and Hobbs leads by about 35,000 votes.

Data analysts from both parties believe the count will eventually shift in Lake’s favor, but it’s not yet clear whether she will pick up enough votes to overtake Hobbs. Republicans have watched anxiously since Tuesday as Hobbs has defied their expectations and increased her lead each day, including Saturday when combined with results from the rest of the state.

About 50 conservative protesters gathered outside the fence around Maricopa County’s election tabulation center in downtown Phoenix at midday Saturday to draw attention to their concerns about the slow pace of the vote count. Protracted counts are the norm in Arizona, where a record number of people returned mail ballots on Election Day.

A few protesters wore ballistic vests or carried handguns as a number of county sheriff’s deputies nearby guarded the complex.

Arizona was central to former President Donald Trump’s push to overturn the 2020 election and cast doubt on the legitimacy of Joe Biden’s victory. Democratic Sen. Mark Kelly, who won his race Friday, pressed to move past false claims of a fraudulent election that have shaped the state’s politics for the past two years.

“After a long election, it can be tempting to remain focused on the things that divide us,” Kelly said Saturday in a victory speech at a Mexican restaurant in Phoenix. “But we’ve seen the consequences that come when leaders refuse to accept the truth and focus more on conspiracies of the past than solving the challenges that we face today.”

Kelly's victory Friday combined with a win Saturday by Sen. Catherine Cortez Masto of Nevada means Democrats will retain control of the Senate for the next two years.

Kelly won after distancing himself from Biden and building an image as an independent lawmaker not beholden to his party. He cast himself in the mold of his predecessor, the late Republican John McCain, whose seat Kelly won in a special election two years ago. His victory this year gives him a full six years starting in January.

“Sen. McCain embodied everything it was to be a leader at a time when our state and our country remain divided,” Kelly said.

Kelly's opponent, Republican Blake Masters, did not concede, saying in a statement that his team will make sure every legal vote is counted.

“If, at the end, Senator Kelly has more of them than I do, then I will congratulate him on a hard-fought victory,” Masters said. “But voters decide, not the media; let's count the votes.”

The AP declared Kelly the winner after the release of results from 75,000 ballots in Maricopa County made clear Masters could not make up his deficit.

Hours earlier, Masters said on Fox News that Maricopa County, which is by far the largest in the state, should stop counting ballots and start over because election officials had inadvertently mixed counted and uncounted ballots.

Megan Gilbertson, a spokeswoman for the county elections department, confirmed ballots were mixed at two vote centers but said there are contingencies to reconcile each batch and get an accurate count. She said that similar mistakes have been made before and that the process has been in place for decades and is overseen by observers from both parties.

“There is no legal process in place to stop counting and start over,” Gilbertson said. “At Maricopa County, we follow the laws as they are written.”

Outside the elections building in Phoenix, some protesters carried American flags, campaign signs for Lake or signs with slogans such as “Kari Lake Won,” “Count The Votes” and “Hobbs is a Cheat."

Sheriff Paul Penzone said he pulled deputies from around the county and from other assignments to protect the ballots and the people counting them.

Noting the protest was prompted by a tweet from a state lawmaker, Penzone urged elected officials not to summon demonstrators to the elections building.

Aaron Kotzbauer, a 52-year-old Republican from the Phoenix suburb of Surprise who voted for Lake and the other GOP candidates, said he protested at the elections office after Trump lost in 2020 and came again Saturday to “see if we could get some sunshine to disinfect the Maricopa County election center.”

Ex-Arizona Supreme Court judge to probe ballot printer issue Elections Director in Cochise County leaving Biden honors Bowers, others, on second anniversary of Jan. 6 insurrection
By posting comments, you agree to our
AZPM encourages comments, but comments that contain profanity, unrelated information, threats, libel, defamatory statements, obscenities, pornography or that violate the law are not allowed. Comments that promote commercial products or services are not allowed. Comments in violation of this policy will be removed. Continued posting of comments that violate this policy will result in the commenter being banned from the site.