The one-week old African elephant born at Reid Park Zoo made her media debut this week.

Arizona Public Media visited Thursday to capture video and images of the as yet unnamed pachyderm.

Semba, a 24-year-old African elephant, gave birth the night of Aug. 20 after a 22-month pregnancy. Vivian VanPeenen, the zoo's curator of education, said the baby weighed 245 pounds at birth.

During the first 72 hours, only essential staff members were granted access to the Elephant Care Center, while mom and baby formed emotional and physical bonds.

This was the first elephant birth in Reid Park Zoo and in Arizona, Van Peenen said.

The elephant team at the zoo in Tucson has been charged with picking a name. Members of the community might be asked for input, VanPeenen added. 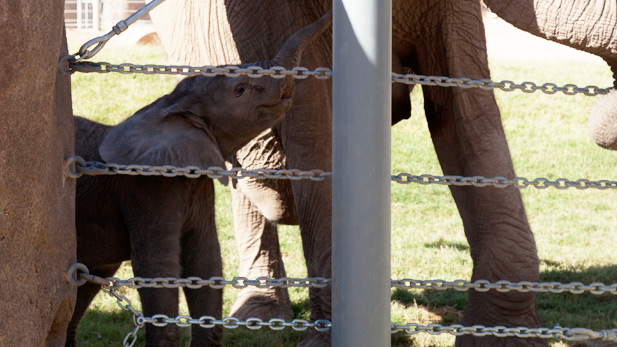 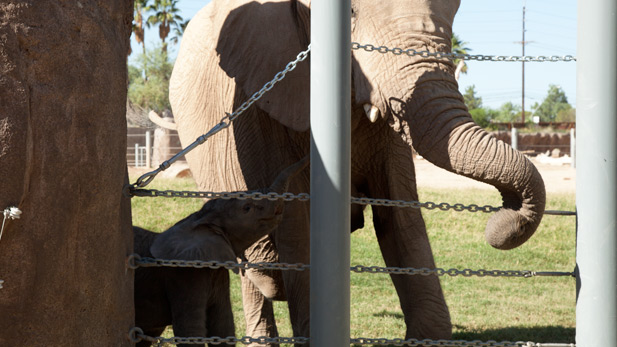 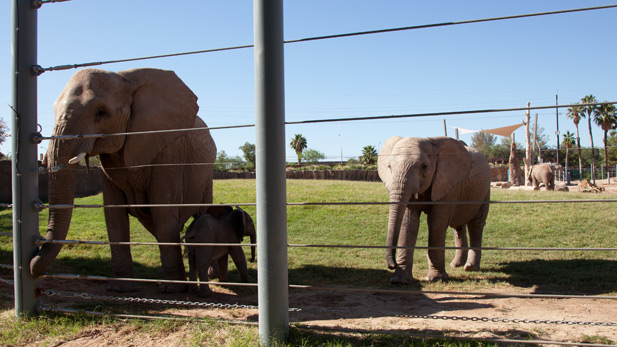 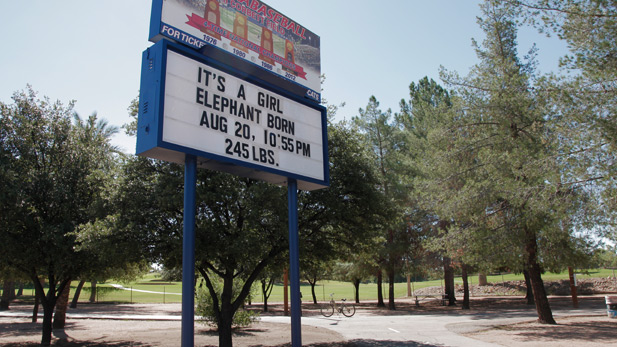 Elephant Dies at Reid Park Zoo Tucson Names Reid Park Zoo Baby Elephant 'Nandi' Name Baby Elephant: Vote Now Online
By posting comments, you agree to our
AZPM encourages comments, but comments that contain profanity, unrelated information, threats, libel, defamatory statements, obscenities, pornography or that violate the law are not allowed. Comments that promote commercial products or services are not allowed. Comments in violation of this policy will be removed. Continued posting of comments that violate this policy will result in the commenter being banned from the site.