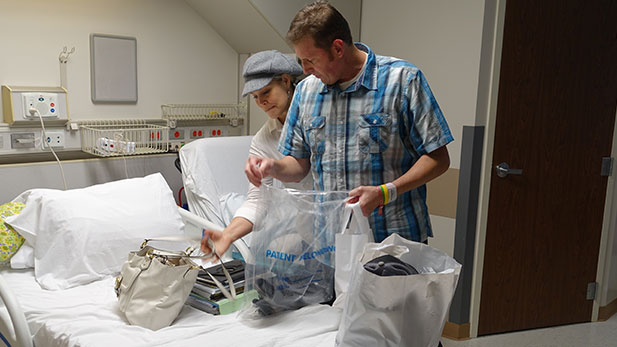 Randy Shepherd and his wife, Tiffany. Shepherd is the first recipient of a heart since UAMC revived its transplant program this year.
Vanessa Barchfield, AZPM

Randy Shepherd got his new heart from a donor at UAMC on Sept. 15.

As a child, he survived two bouts of rheumatic fever, but his heart was severely damaged. He received an artificial one last year.

Shepherd said he’s most excited about being reunited with his three children, whom he hasn’t seen in months.

“I just can’t wait to wrap my arms around my little boy and give my girls both a hug. Spend some time with them," he said.

Shepherd walked the 4.2-mile Pat Run in Phoenix earlier this year, when he had an artificial heart. He said he’s planning on taking part in the race next year, but instead of walking he wants to run.

Shepherd and his wife Tiffany, who live in Mesa, will spend the next few months in Tucson to be close to the hospital. 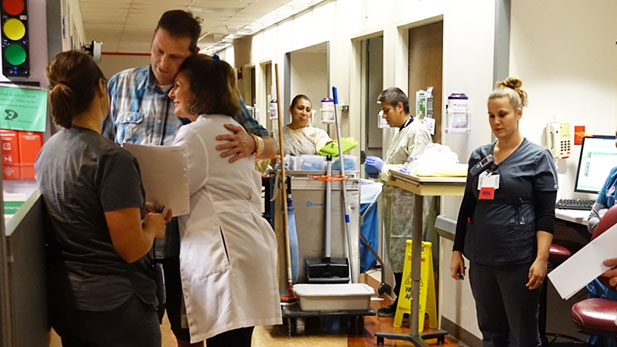 Couple Discovers They're a Perfect Match For Living-Donor Process Tucson Artificial Heart Maker SynCardia in Bankruptcy Trials on Tucson Company's Permanent Artificial Heart OK'd
By posting comments, you agree to our
AZPM encourages comments, but comments that contain profanity, unrelated information, threats, libel, defamatory statements, obscenities, pornography or that violate the law are not allowed. Comments that promote commercial products or services are not allowed. Comments in violation of this policy will be removed. Continued posting of comments that violate this policy will result in the commenter being banned from the site.